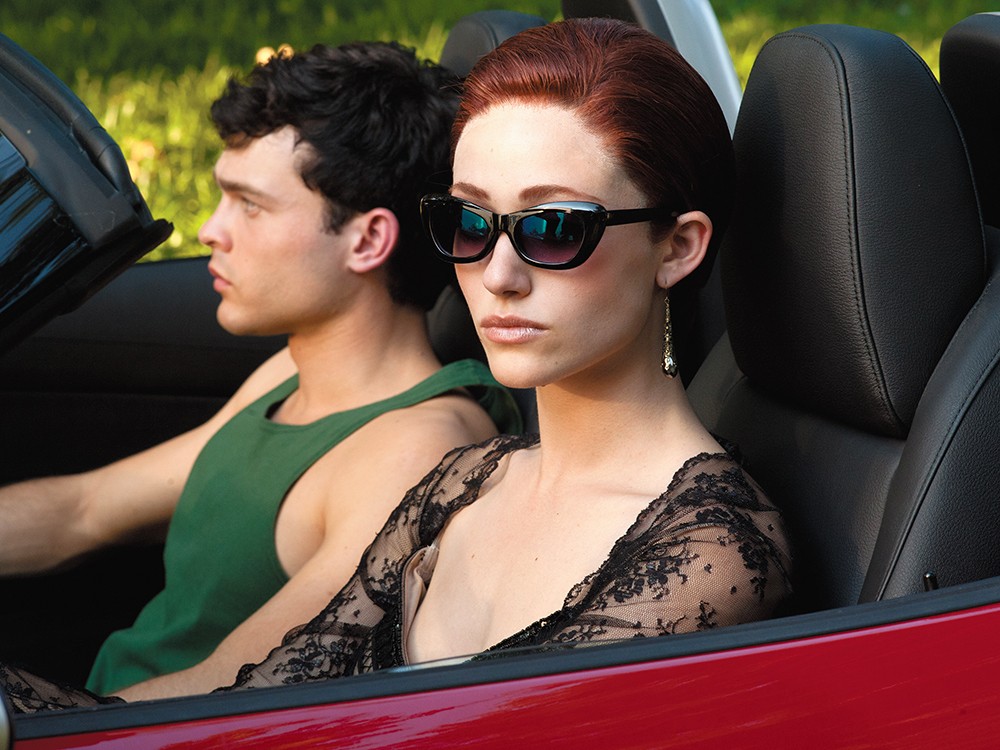 Witches are the new vampires.

Look, I’m gonna be frank here: This whole paranormal and/or apocalyptic teen romance sub-genre that appears to have taken over young-adult literature, movies and the world? It needs to die — and in a way that does not permit a supernatural resurrection.

Of course there are going to be exceptions. Just a couple of weeks ago, Warm Bodies gave the notion a welcome, big-picture twist. But in general, they’re a mess — soggy melodrama that wallows in the operatic narcissism of teenagers’ emotional lives. It’s understandable that they appeal to youngsters who are convinced that their crushes are The Thing Around Which the Fate of Everything Revolves. But to anyone who has lived through a few break-ups, the drama gets really old, really fast.

Beautiful Creatures is only the latest example of what happens when one of the many possible rich allegories for adolescent anxiety and alienation gets blown up past the point where it’s possible to care about anyone involved. Based on the first in a novel series by Kami Garcia and Margaret Stohl, it’s set in a small South Carolina town where 17-year-old Ethan Wate (Alden Ehrenreich) has grown disenchanted with everything about the parochial local attitudes. He becomes intrigued with the new girl in town, mysterious Lena Duchannes (Alice Englert), who has moved in with her reclusive uncle Macon (Jeremy Irons). Ethan soon discovers that Lena comes from a family of magical “casters,” and that her impending 16th birthday will mark the moment when her powers will be claimed either by the forces of light or — as she fears, given family history — darkness.

It’s perfectly promising stuff to combine Ethan’s sense of being out of place with Lena’s, and writer/director Richard LaGravenese (P.S. I Love You) doesn’t over-complicate the mythology even as he introduces various other family members visiting for Lena’s birthday ceremony. But he’s stranded us with a story that focuses primarily on Lena and Ethan falling in love — an act which, as it turns out, is somehow deeply rooted in the history of Lena’s ancestors, and is The Thing Around Which Blah Blah Blah. It doesn’t help that the lead actors are a blandly attractive pair, the performances skimming along the surface of whatever real feelings should be part of characters who have known genuine tragedy. LaGravanese rarely seems sincere about making them actual people, rather than the latest anonymous stand-ins for viewer fantasies.

The much more interesting side of Beautiful Creatures is the one that proves far more playful and angst-free. Emma Thompson plays a dual role as both the fire-and-brimstone mother of Ethan’s best friend, and a wicked caster named Sarafine who possesses that body, and chomps into both of them with gleeful abandon. It’s a glorious distraction from the central story when Irons and Thompson — representing Lena’s two possible fates — face one another in the middle of a church for a wonderful ham-off. Combined with Emmy Rossum’s juicy supporting role as Lena’s temptress cousin, it’s hard not to wish that we could all take a detour from the main narrative and just follow these other characters, who seem to be having so much more fun.

Various magical kerfuffles eventually take over the third act of Beautiful Creatures, as Lena tries to alter her destiny, but that only makes it harder to figure out what this story really wants to be. Is it important that we spend so much time on the townsfolk’s fearful Christianity and clinging to Civil War recreations as part of some half-hearted exploration of intolerance? Is it sincere about building the centuries-spanning connection between Ethan and Lena? Or is it meant to have fun with the self-seriousness of other brooding teen romances that shall remain nameless, leaning toward something that’s almost campy in its sensibility? Beautiful Creatures may ultimately take itself blessedly less seriously than some of its genre kin, but it also shows how much better it might have been taking itself even less seriously.