The Salt of the Sea

Sea salt has gone from gourmet cooking to fast-food mainstream — but is it any healthier? 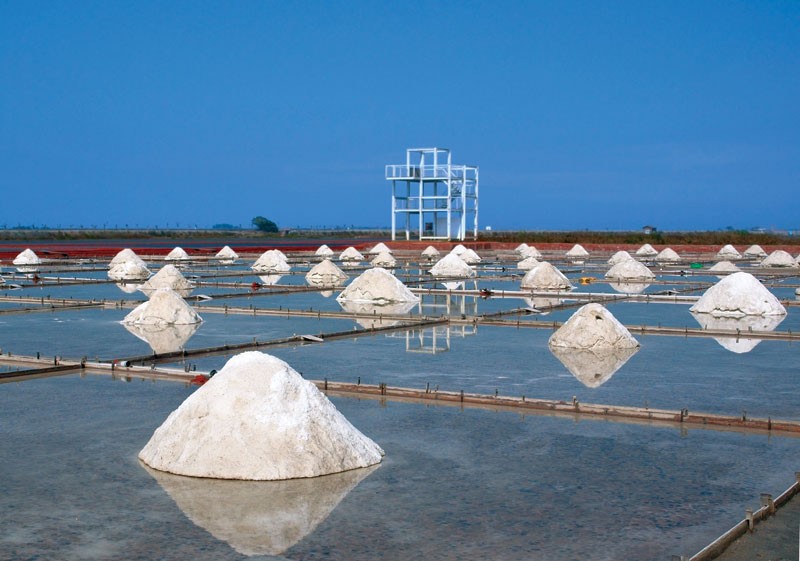 Unlike table salt, which is mined, sea salt is harvested from sea water.

Most fries don’t brag about their salt. Generally, the salt is a kind of open secret: something we all love, but don’t really talk about. We all know too much sodium is bad for us.

But for Wendy’s, that’s changed. In November, when they rolled out their new natural-cut fries, billboards and TV ads trumpeted the use of sea salt. The phrase “with sea salt” even makes an appearance, in big swooping letters, on their new fry boxes. For Wendy’s, the new fries have been a hit, says spokesman Denny Lynch. In two months, fry orders went up 17 percent.

“They are exceeding expectations,” Lynch says. “There’s no question that sea salt has risen in popularity for food as an enhancer.”

“There’s consumer perception that it’s natural,” Lynch explains. “There’s a bit of a halo effect that comes with that. … Is there a difference [in healthiness]? You tell me.”

At the Fleur de Sel bistro, a restaurant in Post Falls, owner and chef Laurent Zirotti may cook with kosher salt, but he garnishes dishes with expensive — $28 a pound — sea salt. He better. Fleur de Sel, after all, is named after the French sea salt he uses.

“It’s harvested in two regions in France. One in Guérande, the other one in Camargue. One from the Atlantic ocean, and one from the Mediterranean,” Zirotti says. “They talk about that salt like it was a flower.”

Zirotti can name the tastes and qualities of a half-dozen different salts: the salt from the Himalayas; the red sea salt from Hawaii; the pink salt from the Murray River in Australia.

Typically, granules of sea salt are bigger. “They are so crunchy. And they don’t dissolve so easily,” Zirotti explains. On top of that, Zirotti says the flavor of the salt is more subtle. It’s less in-your-face — it brings out the natural flavor of the food, instead of overshadowing it.

It’s very easy to think that these flavorful, exotic, not to mention, expensive salts might also be healthier than the processed salt you’d find on your dinner table.

“Cooking is going back to paying homage to where we came from, and sea salt is doing that in a profound way,” says Seth Gordon, chef for Max at the Mirabeau. “[The sea] is where salt came from. It’s one of the purest forms you can get. I think it’s healthier. I don’t know why, I just do.”

But experts say any nutritional differences are small.

“Sea salt is often marketed as a more natural and healthy alternative,” Katherine Zeratsky, nutritionist with the Mayo Clinic, writes on the clinic’s site. “The real differences between sea salt and table salt are in their taste, texture and processing, not their chemical makeup.”

Talk to Washington Department of Health Spokesman Gordon McCracken, and he’ll tell you the same thing.

“From a nutritional perspective, salt is salt,” Mc- Cracken says. “Here’s the health message: Most people eat too much of it.”

Too much sodium can increase your risk for heart disease, renal disease, and even stomach cancer. The older people get, the more often their doctors advise that they cut back on salt. And switching to sea salt may not be the answer.

“Study after study shows that taking in too much sodium increases your blood pressure,” says Bethany Thayer, registered dietician with the American Dietetic Association. “And having high blood pressure increases your risk for heart disease.” Sea salt may have less sodium by volume, because table salt granules are smaller, and therefore, denser. But by weight, there’s about the same amount of sodium. Instead of salt, Thayer adds, flavor your food with herbs and spices.

Sea salt does have trace amounts of additional natural minerals, which advocates point to as an example of its superiority. The minerals can change the taste, but nutritionally they’re negligible.

But for chefs, of course, the advantages of sea salt are its taste, texture — and perhaps — its ability to liven up the menu.