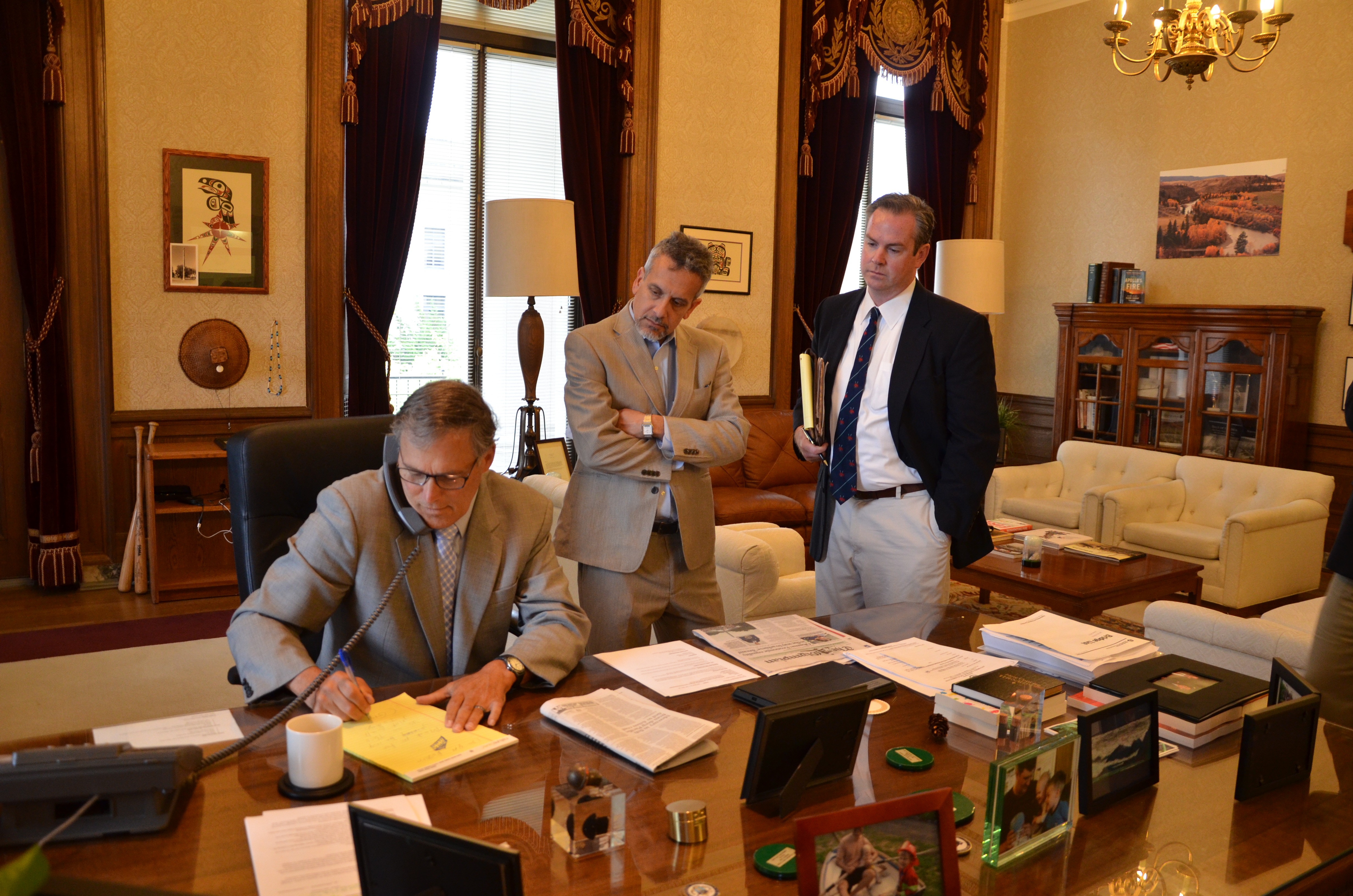 Washington Gov. Jay Inslee announced today that, based on a phone conversation with U.S. Attorney General Eric Holder, he believes the state is free to move forward in implementing new regulations for recreational marijuana, in accordance with last year's Initiative 502.

Inslee announced in a press conference and statement today that Holder told him in the call and an accompanying letter that the federal government will not sue Washington or Colorado over their regulation of a product that remains illegal under federal law.

"What we've seen is a validation of a reason to believe we are on the right track," Inslee said.

The Washington Liquor Control Board is currently finalizing its rules for licensing marijuana producers, processors and sellers, and expects to start issuing licenses by the end of the year.

Holder also outlined eight points about which the federal government remains concerned, Inslee said. Among them: keeping marijuana out of the hands of minors and within the borders of the state and ensuring marijuana businesses aren't fronts for other illegal activity. (UPDATE: See the full letter and memorandum from Holder below.) Inslee said these have also been priorities of the state, so he believes the feds will be satisfied with Washington's regulation and enforcement.

A formal agreement is unlikely, Inslee said, but he and Washington Attorney General Bob Ferguson say they will continue talking with Holder about other unanswered questions, like whether marijuana business owners will see any respite from federal laws precluding banks from accepting their money because of the drug's federal status. Inslee said his administration is also considering ways to better regulate the medical marijuana market, but wouldn't elaborate on specifics.

"There's not going to be total elimination of any uncertainty associated with these businesses," Inslee said, but the announcement is "good enough today and a great step forward."

"For people who believe in democracy, they ought to enjoy today because we're following the will of the voters of Washington."