Beauty and the Beast goes anime, Cobra Kai returns for a fourth season, and new music!

READY SINGER ONE
The new film BELLE has all the ingredients to be a messy disaster: It's an anime with high school romance; it's a story of a Ready Player One-esque virtual reality world; it's a musical about a mousy and grieving girl becoming VR pop star; it's partially a reimagining of Beauty and the Beast. The fact everything actually comes together makes it a cinematic treat, one of the best films of 2021. With vivid animation and an emotional core that wrestles with loss, family trauma and the poisonous aspects of social media, it balances the magical and the real thanks to director/writer Mamour Hosoda's deft touch. Did I mention there are also flying whale backup dancers? They rule. While Belle is getting a short theatrical run right now, hopefully it will earn a Best Animated Feature Oscar nomination so it can garner a wider audience. (SETH SOMMERFELD) 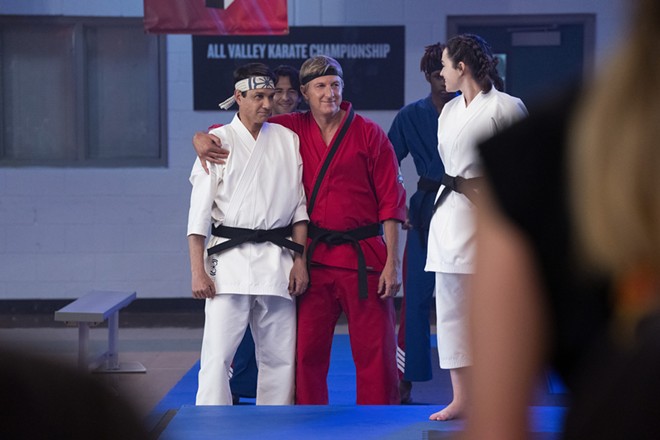 CRANE KICKS AND MISFITS
One of the things you count on from COBRA KAI is self-awareness. As in, the reboot of the '80s teen flick Karate Kid knows how cheesy some of its moves are, and typically acknowledges them with a winking nod to the audience. The fourth season, now streaming on Netflix, has a few such moments, but as a whole doesn't quite have the same punch as its predecessors. The new villain is pulled from one of the '80s sequels you probably didn't see, and when other seasons culled a variety of hilarious fighting and training montage tunes from '80s heroes like Survivor, this season of Cobra Kai tries to make its own anthem — and for some reason chose country star Carrie Underwood to deliver it? As Johnny Lawrence would say, that's so not badass. (DAN NAILEN) 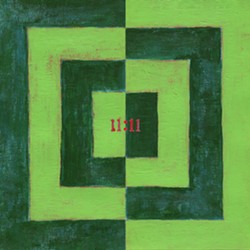 ALICE GLASS, PREY//IV. After leaving Crystal Castles due to alleged abuse by her bandmate, Alice Glass sets off on her own musical path with a debut solo album full of entrancing, dark and glitchy electro-pop.

PINEGROVE, 11:11. In a world full of bleakness, 11:11 finds country-tinged indie rock band Pinegrove trying to focus on unity and community over anger.

ANAÏS MITCHELL, Anaïs Mitchell. After years away adapting her 2010 album Hadestown into a Tony-winning Broadway musical, the singer-songwriter returns to her folk roots. (SETH SOMMERFELD)