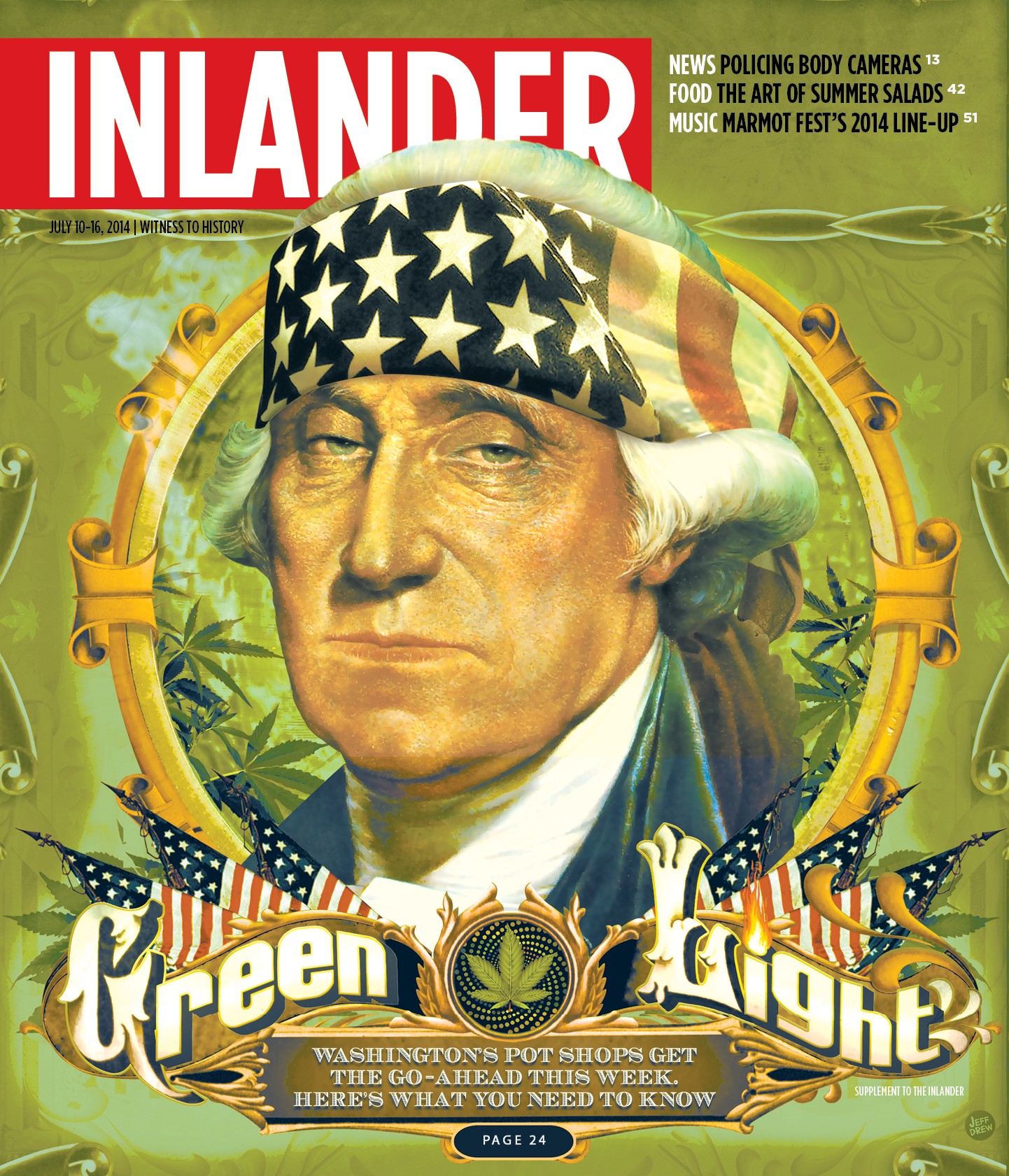 You Should Be Ashamed

I feel compelled to express my extreme disgust with the cover of the July 10-16 Inlander depicting George Washington as a dope head, denigrating the flag as a sweatband. Washington was a principled, hardworking, dedicated fighter for our freedoms, unlike many who now proclaim the virtues of marijuana. The unintended consequences of legalization of this drug will become ever more obvious as time passes. The demotivating effects will make our populace more complacent and oblivious to the world around them, increasing the ranks of uninformed citizens. You and the staff of the Inlander should be ashamed to have stooped to this level of disrespect for our country’s Founding Father.

I love the Inlander because it takes up controversial issues that other local news sources might either shy away from, or put too much bias into. But when I saw the cover of the July 10 issue, I was dismayed. Not because the issue was about marijuana legalization — that is right on target this week — but because Mr. Washington was depicted with a U.S. flag bandana. For starters, the 50 stars flag did not exist in Washington’s day. But more importantly, Washington’s original flag code stated, as it does today, that “the flag should never be used as wearing apparel, bedding or drapery.” Regardless of whether our first president grew marijuana or not, he would have been appalled at the idea of wearing the flag as a sweatband.

As retail marijuana outlets opened across Washington last week (Inlander 7/10/14), it became clear that the burgeoning cannabis industry has taken lessons from corporate tobacco behemoths in how to dupe the public. While the accessibility of pot, anticipated cash flow and marketing theories are publicized ad nauseum, the health and safety repercussions of weed have been largely ignored. A quick review of the research from the National Institute of Drug Abuse provides some critical counterbalance to marijuana’s legal debut for those over 21.

The information confirms impacts that don’t make glamorous headlines — reduced connectivity in brain areas, a heightened risk of lung infections and increased chance of serious heart issues. Meanwhile, the “Drive High – Get a DUI” messaging serves as a reminder that pot impairs motor coordination and judgment behind the wheel to a troubling degree.

Yes, a new dawn has arrived for Washington’s marijuana landscape. Let’s just hope that an objective and informed light is shed on the entire terrain.