Cannabis is no longer the frontier of policy debate 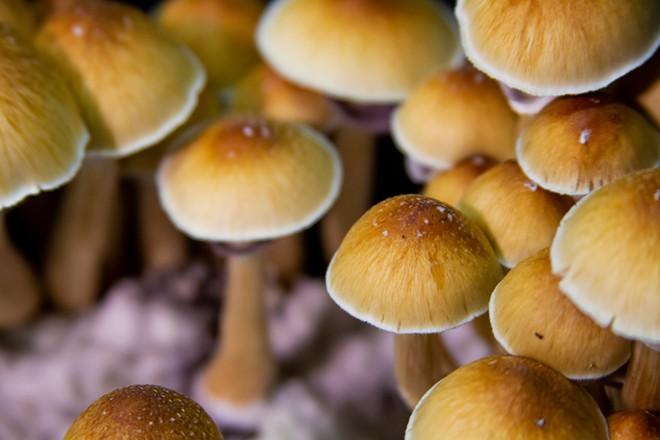 Don't put these on your pizza.

passed a $64 billion state operating budget and sent it to Gov. Jay Inslee to sign into law. The 886-page budget details how those billions will be allotted. Buried across three pages in the middle of the document, surrounded by more common issues like coronavirus relief, transportation development and funding government operations, is an allocation that may concern readers of the Green Zone.

Washington lawmakers set aside $200,000 over the next two years for research into psilocybin, the active ingredient in psychedelic mushrooms.

The working group will be looking into three broad areas. First, they'll look at Oregon, where our neighbors went to the polls to decriminalize psilocybin mushrooms and to legalize outright their main psychoactive ingredient — though only for use in mental health treatment supervised by trained professionals. Second, they'll look at Washington to see whether the state's Liquor and Cannabis Board can apply its cannabis monitoring, testing and tracking procedures to psilocybin. Third, they'll examine social equity provisions should psilocybin legalization move forward.

Those three pages of the budget suggest the Legislature is being proactive when it comes to psilocybin, and that's not unwise.

Psilocybin, specifically for therapeutic use in a mental health setting, has been gaining popularity and acceptance within the medical community in recent years, as evidenced by Oregon voters allowing the practice in 2020. Mushrooms more broadly have also seen something of a resurgence. In the wake of cannabis legalization around the nation, some jurisdictions have begun legalizing or decriminalizing psilocybin mushrooms for personal and recreational use.

Since 2019, cities like Denver, Oakland, Seattle, Detroit and Washington, D.C., among others, have deprioritized enforcement of psilocybin laws if not outright decriminalized it. Earlier this year, the Washington Legislature considered a bill that would have brought the state in line with Oregon, opening up the potential for psilocybin therapy, but that bill stalled out in the Senate.

A decade ago, the war on drugs began shifting away from recreational cannabis. Now, it's begun to pivot away from psilocybin. ♦