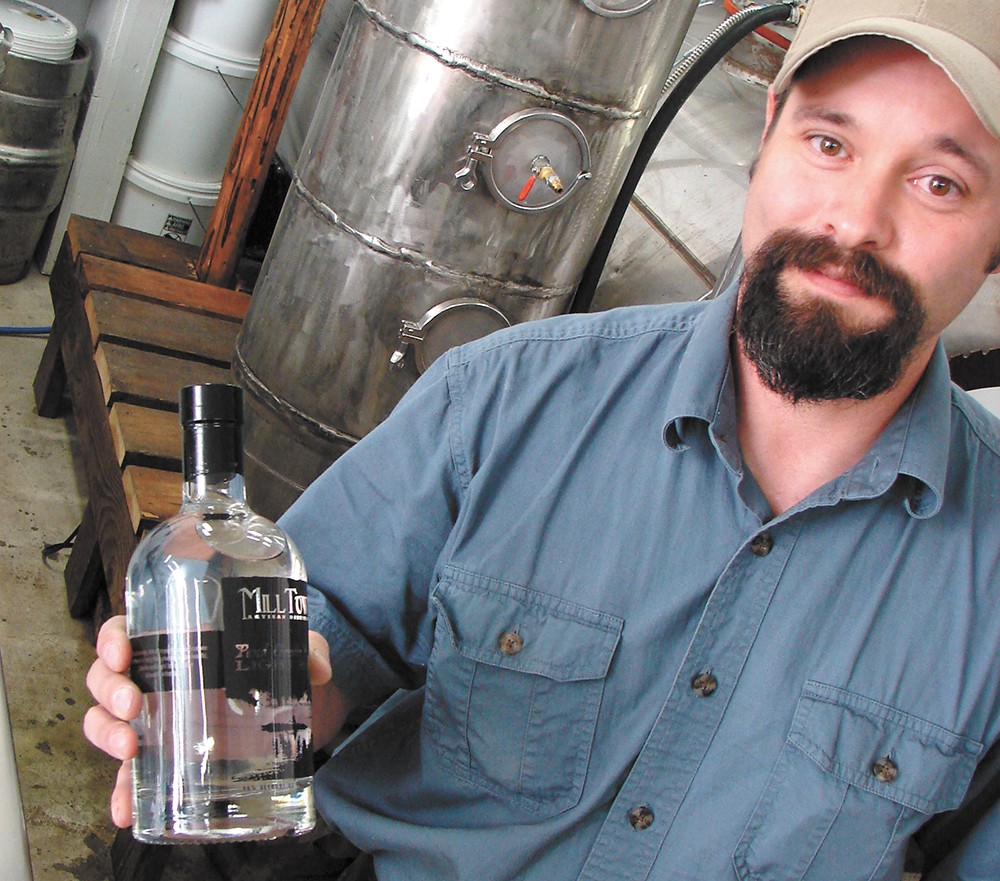 in terms of production and business planning, but Jessie and Victor Vachon had different ideas.

"We have to do our own thing," says Jessie from inside Mill Town Distillery, the seventh Idaho-based distillery and the first of its kind in the Panhandle (Coeur d'Alene's Bardenay is based in Boise).

Although vodka might have been an easier first run (because it's flavorless), the Vachons were adamant about producing whiskey. Their No. 217, named for a Bonner County hiking area, is unaged corn whiskey with a sweet finish, while Lake Pend Oreille Rum is a smooth take on the classic cane-based alcohol, and the 120-proof corn whiskey Wildman of 217 has a more traditional smoky taste ($22.95).

Still to come is an on-site tasting facility, taking advantage of a 2014 law allowing them to serve three quarter-ounce free samples per customer per day. Mill Town could also become a "contract" liquor store for their spirits.

Currently, though, Mill Town liquors are only available at state stores, part of the mountainous regulatory landscape of hard alcohol in Idaho.

"They don't know what to do with us," says Jessie, who designed Mill Town's logo and manages the business end, including calls to Idaho's State Liquor Division.

"She doesn't take no for an answer," says Victor, who is equally tenacious. He spent 15 years as a police officer doing everything from drug task force to SWAT and weapons training.

"I did everything you would think was cool," says Victor, who went on to Afghanistan as a private contractor before returning home. His idea for the distillery was sparked by a childhood discovery of remnants of a still on property fed by the same spring that Mill Town uses for its water source: "That kind of got me on the path to where we are now."

Mill Town is also fed by what Jessie calls "farmer's ingenuity." For example, Victor taught himself to weld to create the mammoth 400-gallon still capable of producing two to three batches or roughly 60 cases per week.

"Whatever it is you need to do, just don't be scared of it," says Victor. "Eventually you'll get good at it if you keep doing it."♦