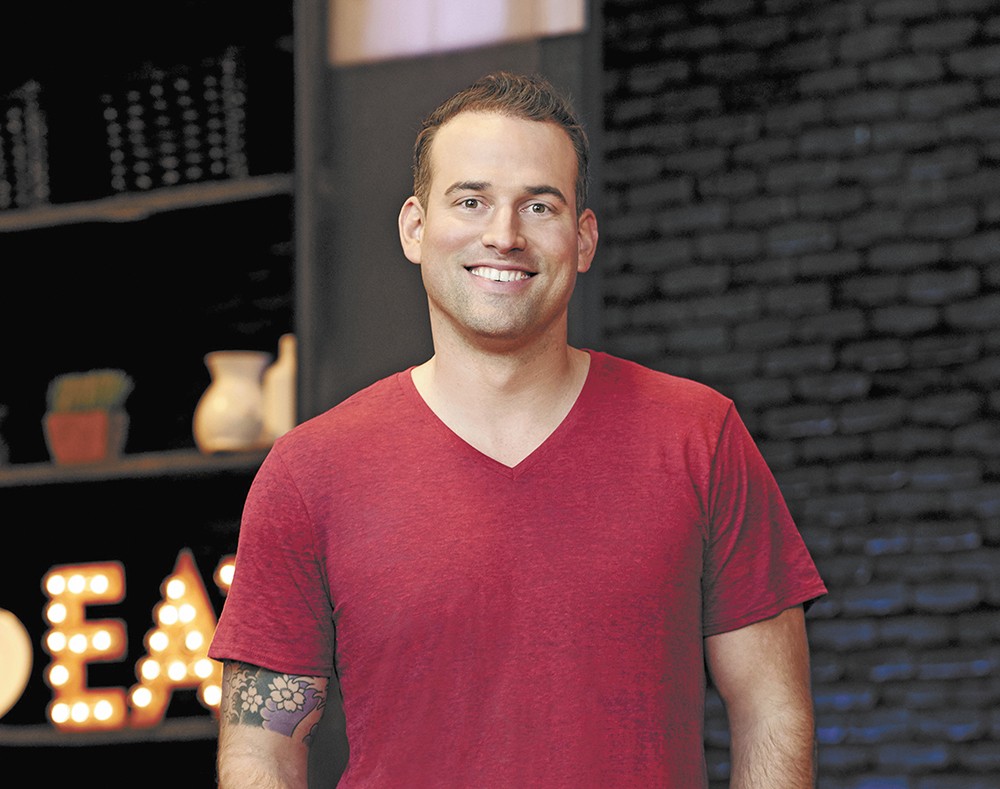 Aaron Crumbaugh has a chance at reality TV glory.

There's nothing typical about cooking on Food Network Star,

and that might actually be an advantage for Spokane's Aaron Crumbaugh when he competes on the upcoming season. So far, Crumbaugh's career has been anything but typical.

Start with the fact that the 37-year-old is a former model and actor, and a veteran of other reality shows like The Amazing Race and Cutthroat Kitchen. Throw in a background of culinary school, running a Chicago food truck and an in-home catering business. And add a dash of working on a Montana Wagyu beef ranch before joining up with Santé's Jeremy Hansen to launch an event company and new restaurant in Spokane. A lot of different things that together should have prepared him for the craziness selling himself to the show's high-profile judges, Bobby Flay and Giada De Laurentiis, right?

"There's nothing you can do to prepare," Crumbaugh says. "It's really a skill — and one I haven't mastered by any means — being able to cook and explain what you're doing. A lot of times you get in the mentality of head down, chopping away, cooking away, and you don't have to worry about anything else. With this show, you have to explain every detail."

Food Network Star is designed to not necessarily find the best cook, but to find the best TV personality for a food-related show. There's cooking, but being good on camera is as important as the culinary chops.

Crumbaugh's show idea involves the farm-to-table journey of the food that lands on our plates, "connecting those dots" as a way to educate people about all the work and resources that go into raising produce or livestock.

"Going to a farmer, who may raise olive oil, or a Wagyu steer or Berkshire pig, and hearing his story, seeing the process," Crumbaugh says. "And then, as a chef, maybe doing a cool dinner, incorporating other chefs, to where we're taking [the farmer's] product and saying, 'Look at all you can do with it.'"

To get the opportunity to do that show, Crumbaugh will have to take down his fellow contestants and impress the judges and a series of mentors. And it won't be easy.

"You have a camera in your face," Crumbaugh says. "You might have producers come up and ask you a question while you're cooking, which are skills you need to have as a TV chef or someone with their own cooking show. ... This is like a boot camp for would-be TV chefs. If you can't do this, then you're not cut out for it." ♦