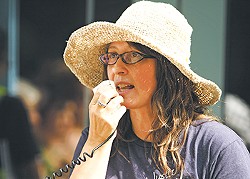 Director of the Peace and Justice Action League of Spokane (speaking for herself and not her organization).

"Well, I know I'm going to end up voting for Hillary Clinton. I'm critical of Hillary Clinton, but we have to position ourselves in the most strategic way to advance our objectives." 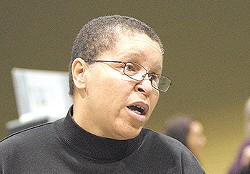 Publisher and editor of The Black Lens, a local newspaper focused on the African American community.

Williams referred the Inlander to a column she recently published in the Lens describing how she became disillusioned with the Democratic Party after serving as a Washington state delegate for presidential candidate Sen. Bernie Sanders, who lost the nomination to Hillary Clinton. "I will not be held hostage or vote out of fear," she wrote. "My proudest moment in the convention was when we Bernie Sanders delegates joined together and had the courage to walk out. Because of the Democratic Convention, I now have the courage to stay out." 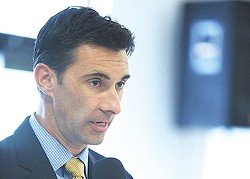 Otter initially backed Ohio Gov. John Kasich for president but promised to support whoever secured the GOP nomination. A spokesman for Otter confirms that he's endorsed Donald Trump and that governor and his wife, Lori, co-chair the candidate's Idaho campaign.

Bryant initially refused to answer questions about Donald Trump, his party's nominee for president. But after Trump criticized the parents of an Army captain who died fighting in Iraq, Bryant changed his tune. "I am not going to vote for Mr. Trump or Secretary Clinton," Bryant told SeattlePI.com last month.

Washington's Democratic governor, who's a superdelegate for Clinton

"Her values are Washington state's values — a commitment to opportunity for working families, equality for all, clean air for our children and reversing economic inequity." 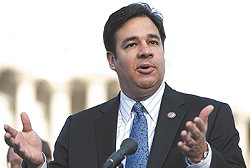 Labrador opposed Trump through much of the presidential primary, initially backing Kentucky Sen. Rand Paul and later Texas Sen. Ted Cruz. But Labrador fell in line behind Trump, with some reservations. "There are some things he doesn't quite understand," Labrador told the Huffington Post. "With Trump, I have at least some hope that he's going to make the right choice."

"Can we get a reset? Can we do the primary over? You know, this is the worst presidential selection I've ever seen in my life. I will never ever vote for Hillary Clinton. I've heard personally one too many stories about Mrs. Clinton. She's not a nice person. I don't find her to be an honest person, in my opinion. We all know, if anyone else would have done what she did with her servers and everything else, they would be in jail. That's the sad part about that."

Asked if he's supporting Trump, Knezovich says: "Sometimes you're just left with the worst case scenario. I'm still torn in my own mind about a lot of this. Talk to me at the end of October." 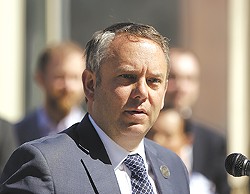 Condon declined, through a spokesman, to answer the Inlander's questions. "The mayor apologizes," city spokesman Brian Coddington says by email. "But this is not going to work out." 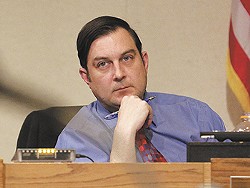 "I'll be voting for Hillary Clinton. She's one of the most experienced candidates in history of running for the presidency. She was a senator, she's been in the White House, Secretary of State — she knows how Washington, D.C., works. ... There's zero percent chance I would support Donald Trump. He's a bigot, a racist and a misogynist, and his own words have proven that over the last year." 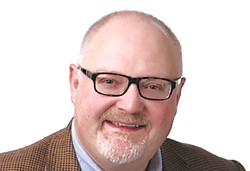 "I'm not supporting anyone at this point. I'm a Never Trumper, and I actually left the Republican Party because of its nomination. I couldn't in good conscience be a member of the party that would nominate Donald Trump for president. ... I think there are huge moral and ethical problems with him as a candidate, and I also think he's not a Republican, and he's definitely not a conservative. ... He's pretty much a charlatan. ... I don't know what I'm going to do on election day. The most likely would be the Libertarian candidate, but I have problems with [Gary] Johnson also. It's kind of a no-win situation for me." 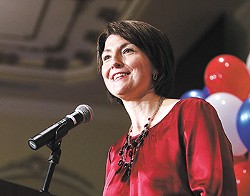 Writing on her Facebook page: "If Barack Obama's one-size-fits-all approach made your life more difficult and heightened your anxiety about the future, could you imagine what Hillary Clinton will bring to the White House? She would only be another term of the status quo — shrinking our freedom and limiting our opportunity. She lacks the integrity to be President, and she could never earn my support. ... Mr. Trump certainly disrupted this unique campaign. It is my hope that his disruption will be positive — not just to win in November, but to radically transform the way government works so it stops making the centralized federal bureaucracy more powerful, and starts serving and empowering people again. ... Do I have concerns about the comments he made in the past and on the campaign trail this year about women; people with disabilities; and those from different backgrounds? Absolutely — I vehemently disagree with such statements."

When asked his thoughts on Hillary Clinton on KXLY: "I will endorse her. All along I talked about endorsing the nominee who comes out of the convention. There's some issues with her as president, but we can work on those. I think overall she has the interest of the American people." 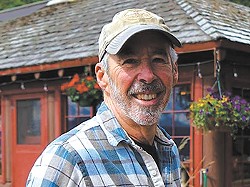 "I'm not touching this one." 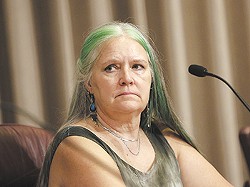 "I am not voting for Donald Trump because he's unfit to be president. I always wait and vote until the last day. I don't mail in my ballot ahead of time. If it's clear that Washington is going to go for Hillary, I will use my vote to support the notion that we need alternatives to the two-party system."

"I am supporting Donald Trump. It certainly wasn't my first choice, but I do think he's quite a bit better than the Clinton legacy. ... I think Hillary has trust issues and has been a disaster in foreign policy, which is supposed to be her strong suit. I think the Middle East is much worse today than when she became secretary of state. I just have concerns about America as a country if we continue to elevate dynasty politics."

Writing on her Facebook page after the Democratic National Convention: "I just watched Hillary Clinton become our party's first female nominee, and I was so proud. Proud for my daughter, my granddaughters and for young women today, and I'm going to be even more proud when she's elected on November 8th! Listening to Hillary tonight, I was reminded why I first ran for Senate. I ran because I wanted someone at the table who would be asking the right questions. Someone who would fight for the powerless and do what's right. Hillary Clinton listens. She fights hard. And she has dedicated her career to being a voice for those who are too often unheard — for women, children, and families in Washington state and across the country." 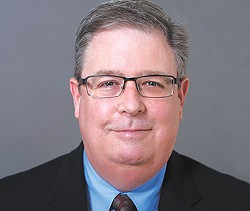 In a press conference in Seattle earlier this year, Vance called Trump's stance on trade, economics and foreign policy "naive," "wrongheaded" and "insane." Vance denounced Trump, but stopped short of throwing his support behind Clinton. In November, according to a Seattle Times article, he says he'll either vote for a third-party candidate "if a responsible conservative alternative emerges" or won't vote at all.

Leach introduced Donald Trump when Trump came to Spokane in May: "The definition of insanity, to me, is doing the same thing over and over again and expecting different results. And that's what we've been doing for at least 10 years. And so if we like the last 10 years and do the same thing, we're gonna get the same results. And I don't think anybody here is interested in the same results. America needs different results. We need to make America great again. It's time — it's time for Mr. Trump to assist us together in our country and all the people in our country to achieve different results making America great again. I give Mr. Trump my full endorsement." ♦