How will the safety net fare under President Trump? 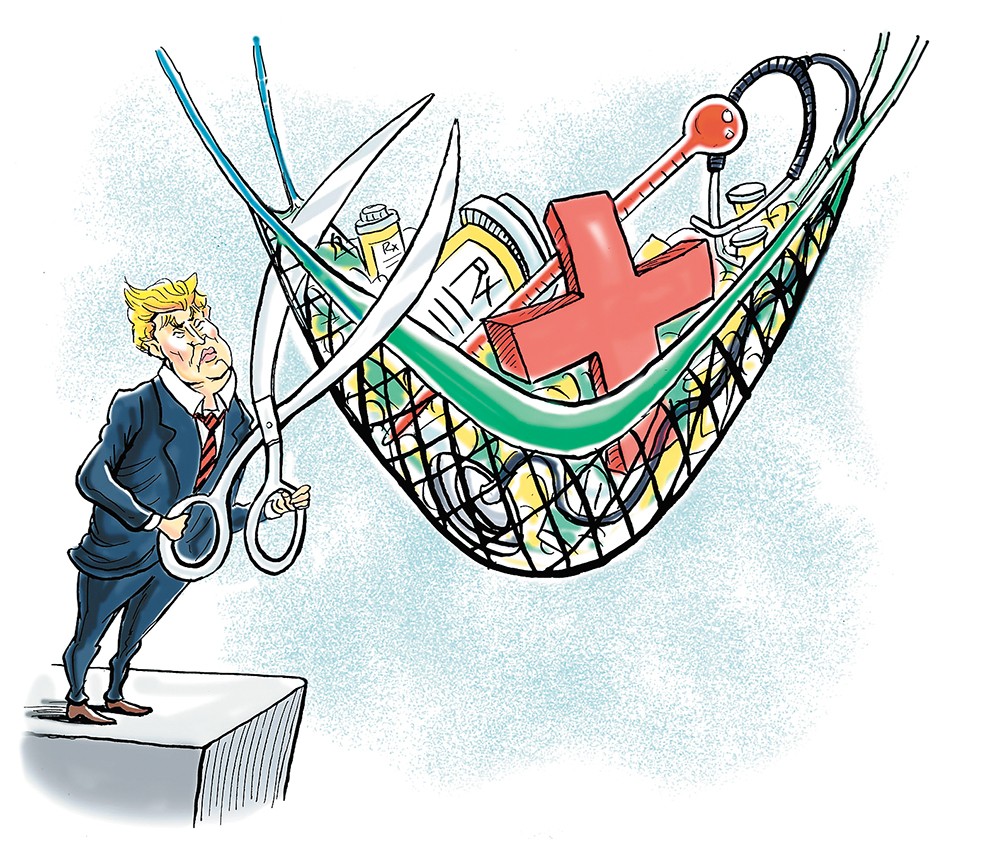 when President-elect Donald Trump takes office. During his campaign, he made it clear that repealing the Affordable Care Act — Obamacare — was near the top of his list of things to do.

In an interview on 60 Minutes shortly after the election, Trump said he wants to keep certain parts of the ACA, such as the ban on denying coverage to people with pre-existing medical conditions and allowing people to stay on their parents' health care plan until they turn 26.

Pundits and think tanks are also pointing to Trump's pick as secretary of the Department of Health and Human Services — Rep. Tom Price (R-Georgia) — to get a read on the future of the nation's health care landscape. A recent article by the New York Times editorial board identified the conservative representative as "a man intent on systematically weakening, if not demolishing, the nation's health care safety net."

Price, a physician and harsh critic of Obamacare, has spoken out in favor of privatizing Medicare, the federal program that provides health care to elderly and disabled Americans, and has made noise about limiting federal spending on Medicaid, which provides coverage for low-income people. He also has introduced bills to replace the Affordable Care Act in every Congress since 2009. Most recently in 2015, Price sponsored a bill that would repeal Obamacare, halt Medicaid expansion in some states, would offer age-adjusted tax credits for health insurance coverage and would not require health insurance companies to cover services such as birth control and addiction treatment. Price has also backed legislation to strip Planned Parenthood's federal funding, and has tried to roll back the move to value-based care, a system that pays doctors based on quality and outcomes.

The Urban Institute, a Washington, D.C.-based think tank, compared coverage and cost of health care under the Affordable Care Act with a reconciliation bill that President Barack Obama vetoed earlier this year. The report concluded that the number of uninsured people would skyrocket 103 percent from 28.9 million to 58.7 million by 2019 — more than the number of uninsured Americans before the law went into effect.

"Hospitals don't turn people down in the emergency room," she says. "When those folks don't have health insurance, it puts a huge financial burden on them, and reduces the hospital's ability to provide care."

For Aaron Wilson, chief executive of CHAS Health, a regional chain of clinics that provides health care to people regardless of their ability to pay, the most important provision in Obamacare is Medicaid expansion. The number of CHAS clients in Spokane County without insurance decreased from 40 percent to about 8 percent, Wilson says, since Obamacare took effect. Patients are now more likely to address a medical issue earlier. They can afford prescription medication and doctors have greater ability to send people to specialists, Wilson adds.

Last week, the nation's health insurers came out with a list of provisions that should remain under the new administration. Those include offsetting costs for care of low-income people, and incentives for young people to sign up for coverage.

"It's an imperfect system," Clunies-Ross says. "It's still costly, and there's still a lot to figure out, but cutting people out sure limits their options and has huge impacts for communities." ♦