The Nixon Rodeo continues to gain fans and write more music, but they have no grand illusions regarding their local act 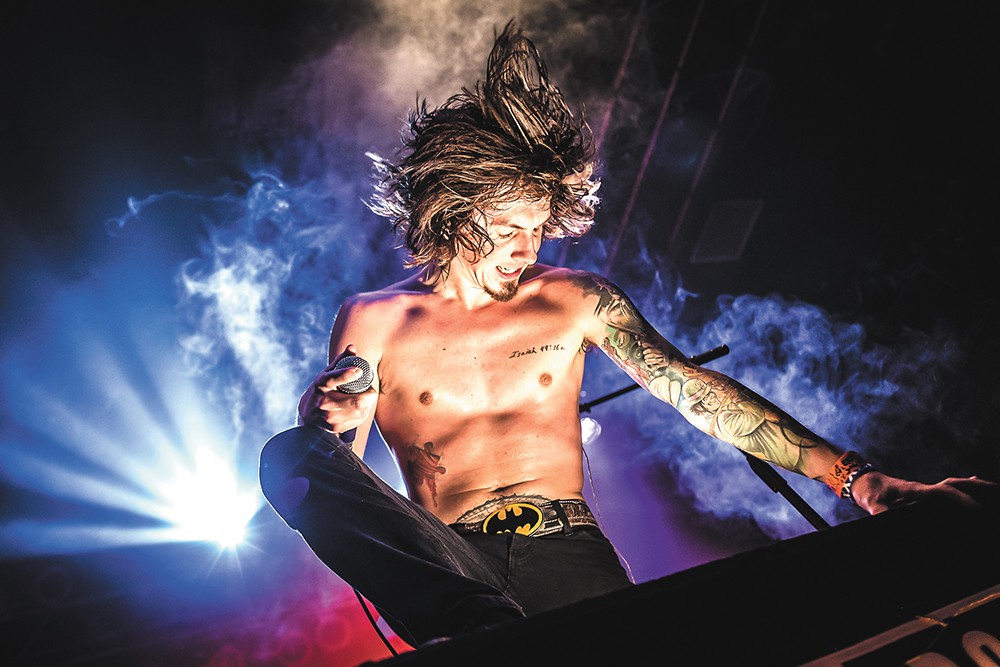 Katarzyna Cepek photo
Nixon Rodeo drummer/screamer Ethan Harrison likes to get up close and personal with his audience.

Some in the band call this "the shitty basement,"

but there's cushy carpet here and a fresh paint job.

"Hey, this house is new," says Nixon Rodeo frontman Brent Forsyth, gathered in the basement with his band last week. "It's not shitty."

But old habits are hard to break. Rock groups often practice in dirty, unfinished basements; Nixon Rodeo has done this plenty of times. But after seven years as a band, they're all in their late 20s and early 30s. They have homes and families, and don't have the time to party the way they once did. Tonight, the four-piece jokes about decorating this basement room with their mortgage payment statements.

While they've matured over the years, their brand of rowdy rock 'n' roll still resonates. This Friday, the local band with more than 5,800 Facebook likes headlines a free Knitting Factory show, as they've done multiple times, releasing their new "Left to Die" single and music video.

"We always want our shows to feel like events," says drummer Ethan Harrison, who also books the act's gigs.

That means that while the crew plays in Spokane at least once a month, they're always trying to make a performance fresh, with either a new release or creative angle. These are guys who grew up in the scene, playing in bands in high school and beyond. Now they're the elder statesmen, and they want to push for more.

"We always try and bring in different acts to open for us," Forsyth points out. They want to give younger acts a chance to shine, to continue to grow talent locally. 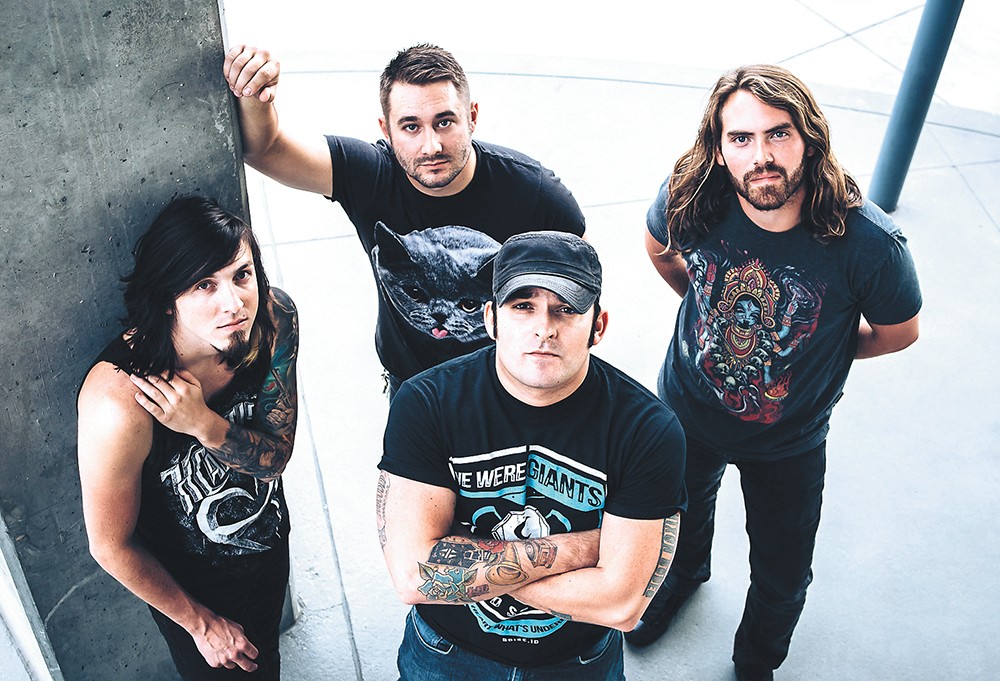 Their music is hard, ranging between pop-punk and screamo. On stage they pull faces, jump around and even walk out onto their audience's raised hands. Their onstage energy is why longtime fans rarely miss shows, and why some even have the band's logo tattooed on their skin.

One time, a fan and her parents came up to the group at a show and thanked them. After listening to the group's often hope-filled albums, their daughter had found the will to live again.

"Sometimes you think your music doesn't matter, but after that, I realized these words I'm writing can have an impact," Forsyth says.

Nixon Rodeo's most recent album, 2015's Relentless, is full of tight riffs and heartfelt lyrics — many of which are purposely generic as to be more relatable. Each member of the band, including lead guitarist Josh Crites and new bassist Jules StClair, has varying musical taste. The mishmash of genres can be heard throughout their records, even in just one song.

"There's never been a time when we say, 'Oh, that doesn't sound like us,'" Harrison says. "We're willing to incorporate everything."

"We can do whatever we want," continues Crites. "We can write whatever genres of rock, acoustic, pop, rock. We're just trying to rock."

The writing process can be brutal. They say they feel bad for Forsyth's wife, as their blaring rehearsal nights can turn into tedious work, going over the same riff until it's "right."

In this basement, they practice at least once a week. Even tonight, when it's nearly down to zero degrees outside, they'll keep the window cracked. Otherwise, they sweat too much. It's hard to breathe. This is where they cooked up their new single "Left To Die," which explores the feelings of being left behind either by a friend or lover.

For a while it's what the band felt when longtime bassist Travis Singleton moved to Seattle for a job. While they were immediately able to pick up local musician StClair, getting used to a new lineup is always an adjustment. This fresh song, the first written with the new team, shows off StClair's additional vocals.

Soon, they want to record their fourth record and eventually release an acoustic album. A live CD and concert video — recorded using multiple zooming drones at the Knitting Factory last spring — is also imminent. But for all the screaming fans, multiple Warped Tour showings, on-course Bloomsday participant awards, and Pig Out in the Park appearances, they say they have no plans to leave Spokane. This is their home. They want to keep pushing from here.

"It's important to us to stay respectful and humble," Crites says. "We understand that we're a Spokane band."

The rest of the guys agree.

"Sometimes, I don't get how people can be so excited about our group," Harrison says. "I mean, I'm just a person with a job." ♦