A Heart-to-Heart with Amy Doneen

Meet the co-author of Beat the Heart Attack Gene 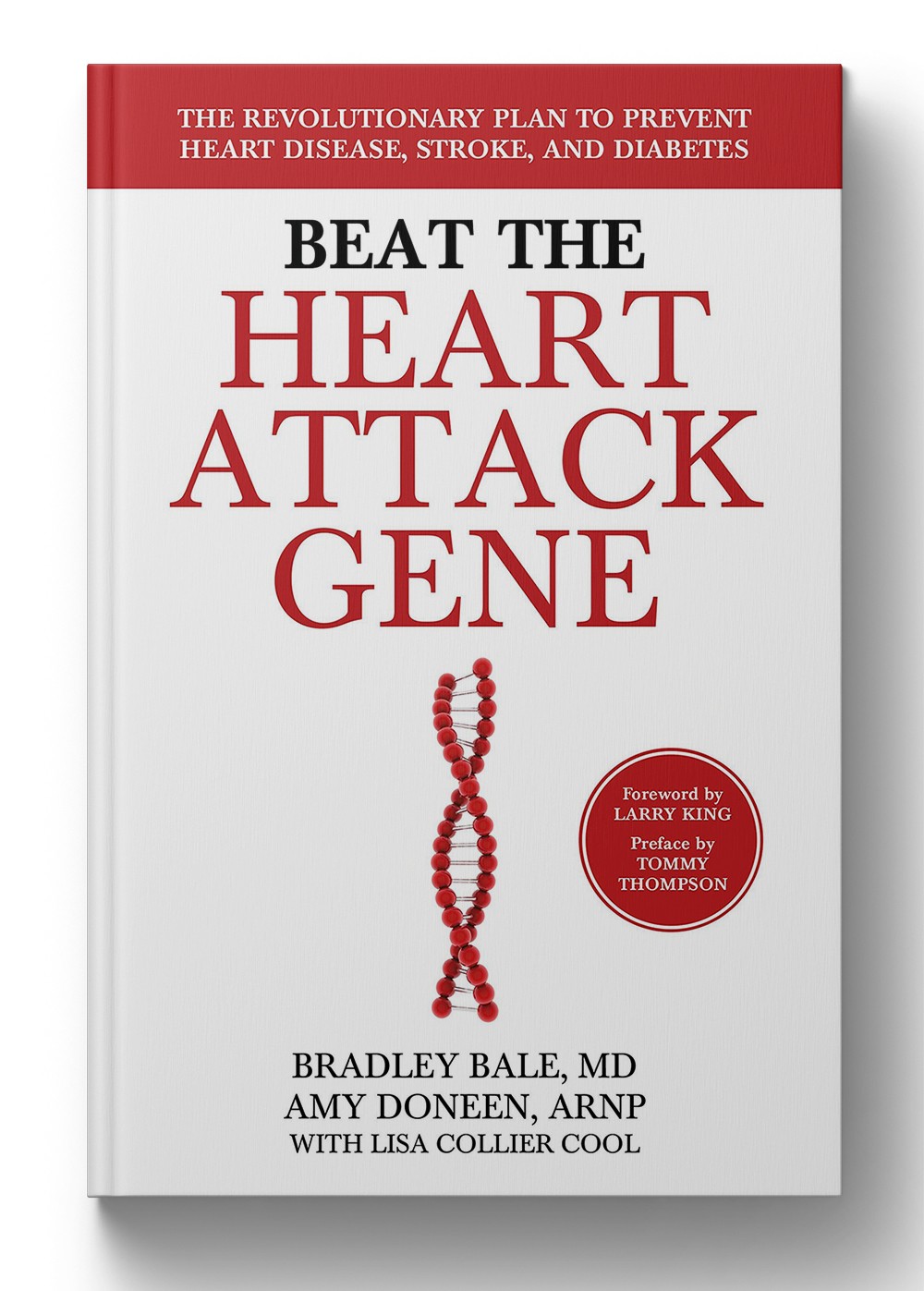 "A lot of people wonder how that could have happened to Princess Leia?'

says Amy Doneen. "Why did Tim Russert have a stress test and die a week later?" asks the medical director of the Heart Attack & Stroke Prevention center and adjunct professor at Texas Tech Health Sciences Center.

She thinks she knows the answer. They, and millions of other Americans, suffer from cardiovascular disease that hasn't been effectively diagnosed and managed.

As an example, she notes that while cardiac stress testing has good diagnostic value, it may create a false sense of security. That's because stress tests are considered "normal' unless there's evidence that blood vessels are 70 percent or more occluded. Yet, she says 86 percent of heart attacks occur in people whose vessels are less than 70 percent occluded.

"If you are told you are OK, are you really OK?" she asks. "I don't think the [risk factor] guidelines are good enough. They lag about 20 years behind the research."

Moreover, because insurance reimbursement follows current risk factor guidelines, simple tests to find out if you are silently developing cardiovascular problems, "subclinical disease," probably aren't covered, and may not even be offered to you by your physician as a result. But assembling a better picture of your health is something that, together with your doctor, you can tackle.

Doneen recommends first getting educated about cardiovascular disease. Here are the basics: Imagine that your blood vessels are like a garden hose. Plaques form inside the rubber itself, not on the inner wall of the vessel, says Doneen. Over the years, plaques, often incited by various inflammatory processes, grow and begin to protrude into the vessel wall, and may eventually rupture. The body recognizes the injury and "scabs" over the protruded area, forming clots. If a clot dislodges and ends up in your heart, it can cause a heart attack; in your brain, it can cause a stroke. The good news? "It is very treatable. There's lots that can be done," she says.

So are you at risk? Here are six things to consider:

1 Inflammation anywhere in your body is your enemy. That means if you suffer from chronic inflammation, as a result of conditions like rheumatoid arthritis, psoriasis or even tooth and gum disease, you face an increased risk for plaque development in blood vessels.

2 Your family history offers clues. But don't just look for family members who have had heart attacks or strokes. Dementia, diabetes and kidney disease can also be a sign of potential cardiovascular trouble in your family tree. To get even more information, Doneen recommends genetic testing (ranging from $40 to $100) that will reveal your individual risks. Doneen uses five genetic tests, which only need to be done once in your life, to better understand your risk factors and, importantly, reveal optimal treatment strategies, including which medications and diets are uniquely suited to you.

3 What's your blood pressure? High blood pressure, now classified as an average greater than 140/90, inflicts a battering on vessel walls. But new studies show that aiming to reduce blood pressure even more, to 120/80 or lower, may be optimal. Monitoring your own blood pressure, and providing your health care provider with your numbers, is critical.

4 Is there evidence of plaque growing in your vessel walls? Two tests are available to assess that. One is a test called "coronary artery calcium scoring" — it's a CT exam of the heart that requires a doctor's order. During the month of February, Inland Imaging offers the test at a special rate of $100 (it's $281 normally). The other test is an ultrasound scan called a carotid intima media thickness test (CIMT) that looks for evidence of plaques in the vessels in your neck.

5 Know your lipid numbers. It's not total blood cholesterol that matters so much as your ratio, says Doneen. To figure out your crucial ratio, divide your total cholesterol by the good cholesterol (HDL). It is best to have a ratio less than three. Your LDL level should be less than 100, or less than 70 if you've had a prior heart issue.

6 Are you insulin-resistant? "About 70 percent of people who have had a heart attack or have plaque in the arteries have this," says Doneen, and the condition is often not identified until someone receives a diagnosis of type 2 diabetes, meaning years of damage may have already been done. But it's not hard to find out if you are insulin-resistant, long before symptoms surface. You just need a glucose tolerance test, which Doneen says costs about $20 and requires a couple of hours of your time. Your fasting blood sugar should be less than 100. Blood vessels take a beating when blood sugar is chronically high, although not everyone agrees what "high" is. "In Europe, your blood sugar has to be over 115 to be diagnosed with type 2 diabetes," Doneen notes. "Fly to the United States, you have to be 126 to be diagnosed." ♦

Is Your Reading Accurate?

Some clinics and most home blood pressure monitors are digital devices that may use manual or automatic inflation. Digital instruments may use a cuff placed around the upper arm, the wrist or a finger. A 2014 study of more than 200 patients at an Ottawa nephrology clinic revealed the home devices' significant limitations. "An important proportion of home blood pressure monitors used by patients seen in our nephrology clinic were inaccurate. A re-validation of the accuracy and safety of the devices already in use is prudent before relying on these measurements for clinical decisions," write the study's authors.

Even in-office measurements using manually inflated monitors can be thrown off if the cuff isn't placed correctly, over bare skin. If the cuff is deflated too rapidly, or if talking or other noice occurs during the reading, it can also skew the results. (ROBIN HAMILTON BRODT)

Not sleeping? Your blood pressure could be part of the problem. A small study published in September 2016 in the American Journal of Physiology by researchers at the University of British Columbia at Okanagan shed light on the issue. In the study, 10 healthy volunteers wore breathing masks allowing researchers to manipulate oxygen levels while the volunteers slept, mimicking sleep apnea. After just one night, the body's ability to regulate blood pressure was impaired. The American College of Cardiology calls sleep apnea and high blood pressure a "dangerous pair." Estimates indicate that as many as 50 percent of people with hypertension may also have sleep apnea. Diagnosing and treating sleep apnea can be especially helpful for patients with resistant hypertension — those who find that medications and lifestyle changes aren't enough to lower their blood pressure. (ANNE McGREGOR)