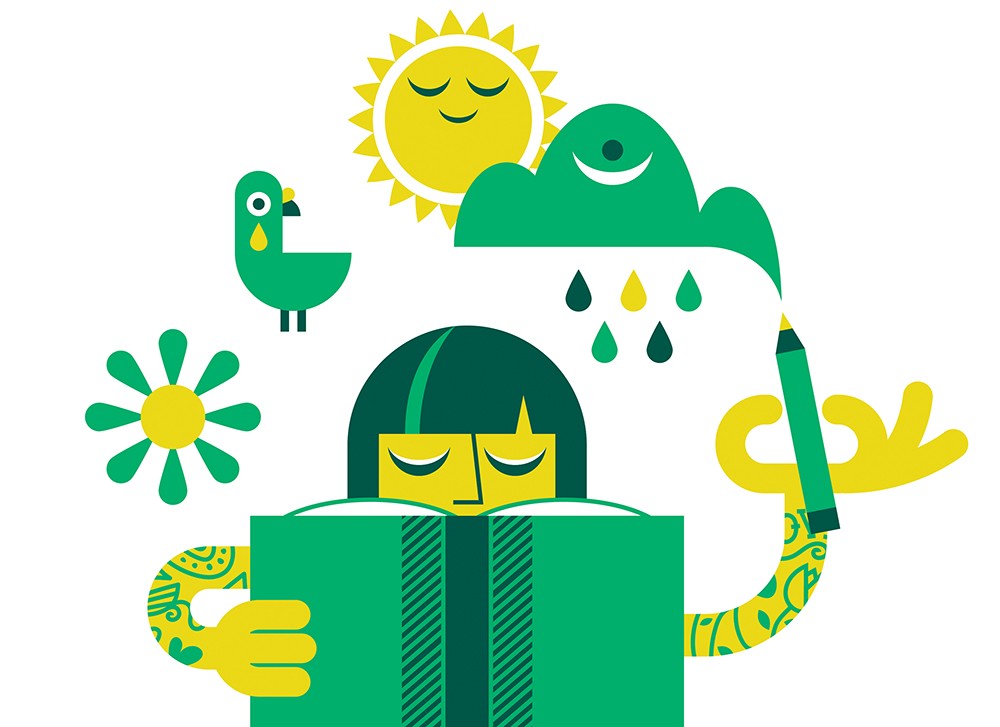 Summer-green grass dappled in shadow from tall pines that envelop the festival grounds, blue-grey lake in the distance, azure sky overhead, flashes of every color imaginable on clay, glass, metal, wood, fabric, canvas and paper. The smell of kettle corn, the sounds of children laughing and distant music, the warmth of the sun on your face. This is why Art on the Green was inducted into the Hall of Fame last year. And why they won again this year. (CARRIE A. SCOZZARO)

How good is The Book of Mormon? This touring production of the Broadway smash took this same category in 2016. (Because its short run occurred in January 2016, it was also eligible to win this year, which it did handily.) There's a reason that Trey Parker and Matt Stone's raunchy, irreverent send-up of musical tropes and religious tenets has been embraced: Not only does it boast cleverly crafted songs and gut-busting jokes, it's disarmingly smart and empathetic. The show could keep returning to the INB every year and audiences would probably still be flocking to it. (NATHAN WEINBENDER)

BEAUTY AND THE BEAST AT SPOKANE CIVIC THEATRE

The stage adaptation of Disney's 1991 animated classic, long a favorite of Broadway audiences, opened the Civic Theatre's 70th season on a high note. Directed by Jack Phillips, who was serving as the theatre's interim artistic director at the time, the family-friendly show was praised by our own E.J. Iannelli, who singled out Summer Berry's elaborate costumes and David Baker's imaginative sets. The timeless Alan Menken-Howard Ashman songs, of course, speak for themselves. (NW)

There's no mystery why Marmot has become readers' favorite independent gallery, even though it just barely reached its second birthday. Founder Marshall Peterson is an energetic booster of all things artistic, and that doesn't stop at the door of his diminutive space; he's a big supporter of the Kendall Yards neighborhood as well. Inside Marmot, though, is where art lovers find an ever-changing array of excellent art, including local favorites like Melissa Cole, Ben Joyce and Ric Gendron as well as international talents like Bartosz Beda. (DAN NAILEN)

Clearly, Jess Walter is a favored literary force in Spokane. His books are revered, his short stories and essays are quickly passed around social media when they pop up in magazines and journals, and his podcast A Tiny Sense of Accomplishment (co-hosted with this category's runner-up) is a must-listen for aspiring writers and fans alike. But we suspect another reason Walter won this category is his constant support of other writers in the local scene, as well as literary events large and small. It's inspiring to behold, and a great example for other authors to follow. (DN)

Ben Joyce's unique "abstract topophilia" style is what made his name among regional art lovers, and his name just seems to get bigger every year. While his geography-inspired artwork continues to flourish in both public installations and private collections across the country, a definite highlight of Joyce's 2016 was the opening of the ben GALLERY in downtown Spokane in December. (DN)

CALEB FREY, ON THE LEVEL TATTOO

A relationship between a customer and a tattoo artist is a highly personal thing for people serious about their ink. Sure, you can always just pop into a place and pick a design off the wall for some stranger to put on your body. But if you've put a lot of thought and care into your design, you want a skilled hand on the needle and a person you connect with for your time in the chair. Inlander readers' their favorite is Caleb Frey, the talented artist and owner of On The Level tattoo. He has more than two decades of experience, and it shows; check out his Instagram @calebfreytattoo for ample evidence. (DN)

Considering the combination of eating excellent food and the goal of raising money for an important, life-saving cause, it's easy to see why this fundraiser fete is one of the most anticipated events of the year for many area residents. Epicurean's attendees get the opportunity to dress to the nines for an elegant night centered around delectable food and friendly competition. Each year, respected chefs from around the region put their culinary skills to the test, competing for the coveted "People's Choice" awards in a range of categories, as they help raise money for the Inland Northwest Blood Center Foundation. (CHEY SCOTT)