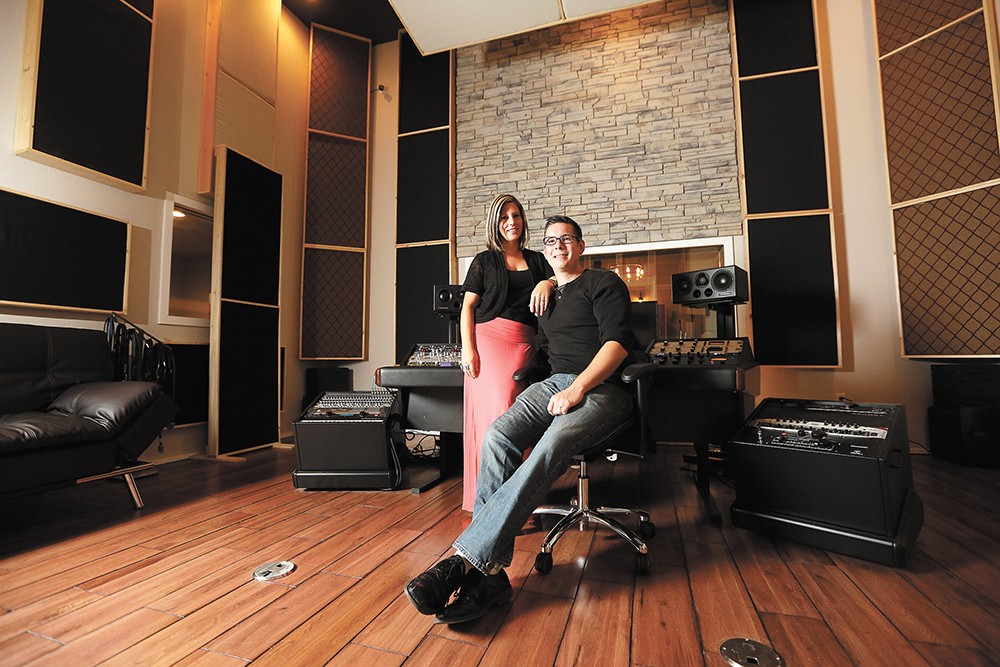 has one primary philosophy: No amount of post-production wizardry can yield talent where there is none. The key, he says, is to find innate musical ability and get it straight from the source.

"You can't Auto-Tune attitude," Hill says. "You either have soul and passion behind what you're doing or you don't. ... It's cool to have all these gadgets to make things sound lush and fix things, but those should be used as a way to bring what's already there out of the speakers."

Hill has been engineering and recording music since the early 2000s — he used to produce artists in his own basement — but the first Amplified Wax location opened in the Garland neighborhood in 2007. Since early 2016, Hill and his wife Mandy have been running the studio out of a 2,400-square-foot building at 314 E. Pacific: The space includes one large recording studio, a control room, four isolation booths and an upstairs area with offices and a lounge.

Amplified Wax has become a go-to recording destination for popular local acts: Nixon Rodeo, Alive in Barcelona, the Broken Thumbs and Moscow's Silent Theory have all dropped tracks there.

Hill has also been working with up-and-coming Spokane hip-hop artist Jango, and touring metal bands like Born of Osiris and Escape the Fate have stopped in to record vocals while passing through Spokane.

But Hill won't necessarily record just anyone willing to write him a check: He told the Inlander last year that if an artist simply isn't ready to record, "I'll tell people to keep working and come back to me in six months.

"I have preferences like any human being when it comes to styles. Certain things are going to jump out at me more," Hill explains. "It just has to hit my ear right. And I always like working with people who are mindful of music as a business."

Since speaking to the Inlander in September, Hill has improved acoustics in the studio's live music room and has also updated the monitors. He has also uploaded his entire music library as a producer (at least everything he could find) onto a free app called Amplified Air, which features everything from long-defunct bands to young, hip upstarts.

Because Hill got his start playing in Spokane bands, having access to that music, some of which is more than a decade old, is important. The strides he's made as a producer are all the more apparent, he says, when he can compare a current track with something he slapped together in, say, 2002.

"I just listened back to some of our old stuff, and it's like, man, if I knew then what I know now, I'd have been a much better artist," Hill says. "I'm always looking to be better."