In the bittersweet, Oscar-nominated My Life as a Zucchini, an orphan finds his place within a quirky surrogate family 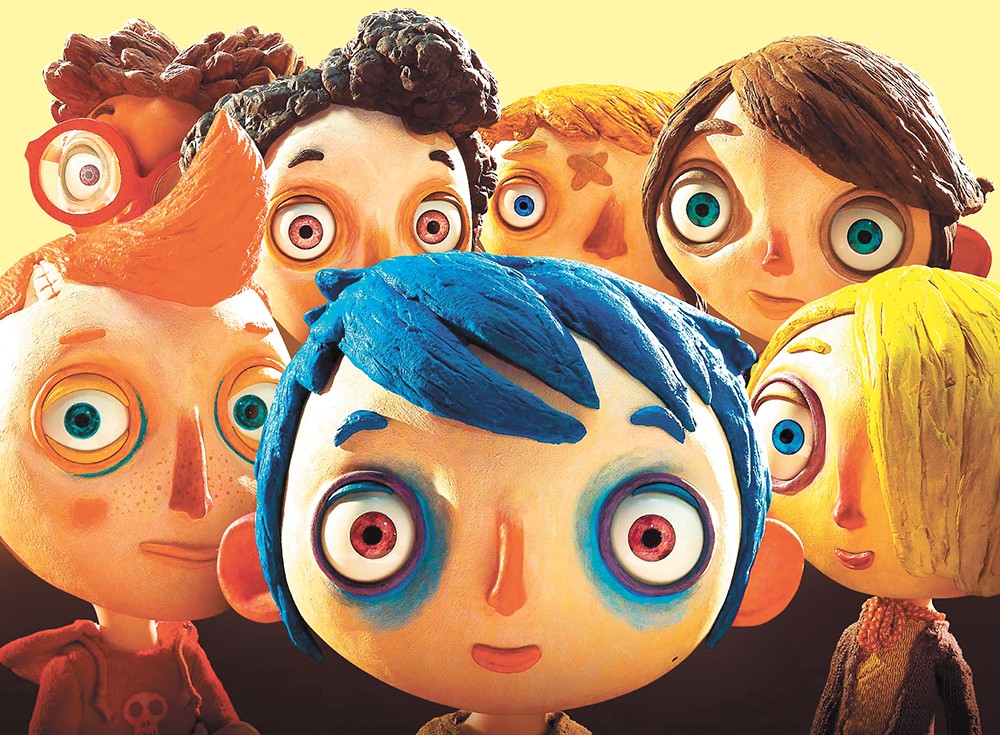 My Life As A Zucchini is far more true to life than its animation style.

There's nothing remotely realistic about the animation style of My Life as a Zucchini.

Its characters resemble painted ceramic or clay figures, with big, bulbous heads, protruding ears and eyes that take up nearly half of their faces. Its "sets" resemble shoebox dioramas or dollhouse interiors. Everything moves with the slightly herky-jerky rhythm of the most primitive stop-motion techniques.

And yet this unassuming little film, a Swiss-French co-production based on a novel by Gilles Paris, turns out to be a surprisingly believable, bittersweet portrait of several troubled adolescents, who all talk and behave like real kids even if they don't look it. It's humble in both scale and scope — it only runs an hour, minus credits — but it's dealing seriously and thoughtfully with particularly heavy subject matter. (It's appropriately rated PG-13; younger kids might be disturbed by it.)

The movie's erstwhile hero is a timid boy nicknamed Zucchini (voiced in the English-language version by Erick Abbate), who's somewhere between 10 and 12 years old. He lives with his abusive, perpetually drunk mother in a house that's littered with beer cans, which Zucchini sheepishly collects so he can stack them into structures in his cramped attic bedroom. One day, he accidentally kills his mother when she comes after him in an alcohol-fueled rage, and he's placed in an orphanage by a friendly police officer (Nick Offerman).

At first, Zucchini is tormented by a bully named Simon, but they eventually become confidantes when they realize they've endured similar upbringings. Simon fills in Zucchini on all of the orphanage's denizens. One kid's dad is an armed robber in prison, and another's parents were deported. There's the kid who suffers from hallucinations; another clearly has PTSD and is likely inflicting self-harm.

"We're all the same," Simon tells Zucchini. "There's no one left to love us."

The film is more about environment than it is incident, though there are some minor-key plot developments. The kids go on a skiing excursion and visit a carnival, and a romance develops between two of their teachers (Will Forte and Ellen Page). Zucchini also nurses a crush on a new girl named Camille (Ness Krell) and hatches an escape plan when her negligent, money-grubbing aunt (Amy Sedaris) tries to regain custody of her.

But My Life as a Zucchini doesn't follow a standard plot line for the most part, which is actually one of its many strengths. It's most concerned about entrenching us within the routines of the orphanage and the various idiosyncrasies of its inhabitants, who seem all the more believable because they're not being marched through a manipulative, Hollywood-friendly formula.

And despite its themes of abandonment, abuse and alienation, the movie never feels like a depressing, earnest slog, and much of that has to do with its vibrant animation style, which filters the characters' predicaments through a childlike worldview. My Life as a Zucchini may have lost the Oscar for Best Animated Feature to Zootopia, but, in its own modest way, it would have been a more deserving winner. It's playful one moment and sobering the next, just like real life so often is. ♦