Who to blame for the Zags' loss, Supreme Court showdown, and morning headlines 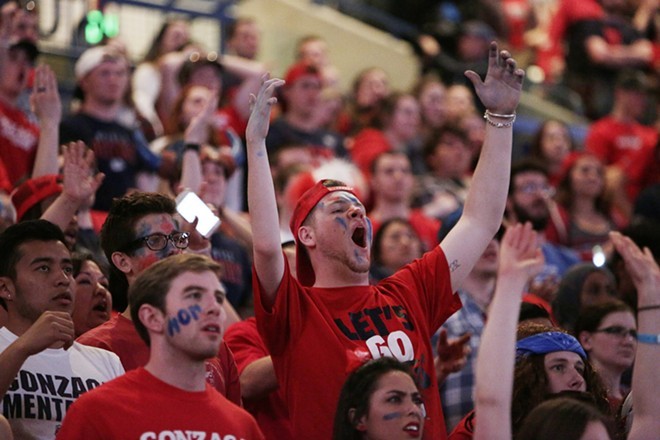 Young Kwak
Gonzaga fans were justifiably angry after last night's loss.
THE BLAME GAME
Go ahead, Zags fans. Blame the refs. Blame them for making what was supposed to be the best game of the year the ugliest. Blame them for the missed calls. Blame them for the fouls on Zach Collins that didn't look anything like a foul, for forcing him to sit out a game he was having a major impact on.

Or blame the missed layups and the missed free throws. Blame the turnovers that nobody forced, gifting North Carolina points that could have been ours. Blame the balls that slipped through our hands in the most crucial moments.

Blame the ankle of Nigel Williams-Goss. Blame it for leaving him hobbled before he would have the most important shot of his life blocked.

Blame the Tar Heels. Blame Joel Berry II for answering every Zags run with a clutch three-pointer. Blame Justin Jackson for finally figuring out that the easiest way to score over the smaller Williams-Goss was in the paint.

Blame whatever you want. There are endless reasons why Gonzaga came up short in the national championship. But for everything that went wrong last night, so much more went right in Gonzaga's unbelievable run this season. As John Blanchette with the Spokesman-Review says, we won't forget the loss, but we also won't forget this team.

Another win for North Carolina
The NCAA says the state is no longer banned from hosting future championship after the state repealed its so-called "bathroom bill" that required people to use the public restroom corresponding with the gender on their birth certificate. (CNN)

Gorsuch nomination
Democrats have the votes to filibuster Neil Gorsuch's nomination to the Supreme Court, so it's up to Republicans to decide if they want to exercise the "nuclear option" and change Senate rules to confirm Gorsuch. (Politico)