Readers react to developments on North Monroe, East Sprague and the U District 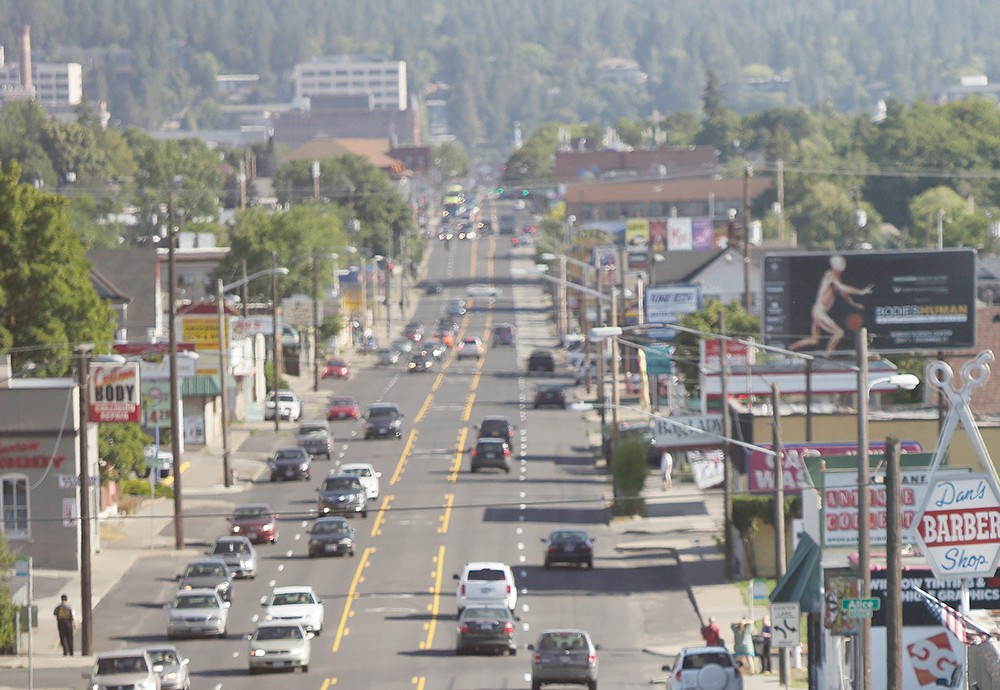 'NO' ON ROAD DIET

As a long time north side resident I oppose the North Monroe Street makeover as planned. I can't believe that the city thinks it is a good idea to drastically restrict lanes on one of the few north-south commuter corridors. Unfortunately I have had a hard time making my voice heard. I expressed concerns at a community meeting (no one wrote anything down), and e-mailed my city council representative (no response from one and a "received your e-mail" from the other). I also took the online survey conducted by the city which was NOT a yes or no to the project. It asked what style of street lamps I preferred and where to place benches, etc. I believe area residents and businesses have valid concerns and I hope someone is listening. North Monroe can be safer with additional lighting and the installation of pedestrian crossing lights. So far no one has addressed the impact lane restrictions on Monroe would have on the already overwhelmed Maple-Ash corridor. If you want to observe lack of pedestrian safety just watch the traffic on Maple Street any day from my front yard as cars move at 45+ miles per hour and high school students attempt to cross.

Oh, the hypocrisy of it all. Our President Trump and his great unflinching supporter, our congressional Representative Cathy McMorris Rodgers, promote repeal and replace Obamacare with a bill that would throw millions of American families, including babies, off their health care and give tax breaks to the rich. In addition, they want to prevent Syrian refugees, which include babies, from entering the country without extreme vetting on top of already stringent vetting. However, Trump points his finger at Assad for using chemical weapons on "beautiful babies," which is used to justify Trump's attack on Syria. By his actions, Trump, along with Cathy McMorris Rodgers, cares neither about American babies or Syrian babies. It appears their big interest is to flex the military muscle that is available to them. What next from the present administration?

Readers react to "Breaking New Ground" (4/6/17), our story about developing East Sprague and the University District:

Erik Bledsoe: A bridge with one way in and one out, in an area known for crime and homelessness, seems like a perfect place to commit crimes.

Karen Kuhaneck Riley: I can see the area beginning to get out of its rut already. New businesses are moving in, growth is happening and the downtown campus is expanding. This will only benefit the city and surrounding neighborhoods. Forward thinking, people! ♦