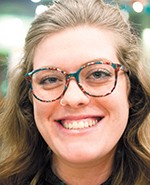 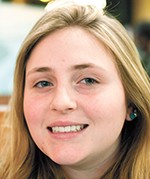 What makes a good veggie burger?

Obviously fresh vegetables: tomatoes, lettuce, onions. I don't like avocado, but it sounds good on it.

Wait, you don't like avocado, but other people do, so you want your dream burger to be enjoyed by them?

Guacamole. And like, pickles. It would have red meat — just a regular burger. I think it's 70/30. With the juice running down on everything. And [portobello] mushrooms. Mushrooms are great.

It's creamy. Flavorful. Everybody likes avocados.

OK. So it is made out of Beyond Meat: It's the "burger that bleeds." It's only available in five restaurants in the country. It's a plant-based burger, but it tastes and looks and smells just like real meat.

Why is it important that your burger "bleed?"

Because it's a visceral, primal feeling you get. I try to eat plant-based as much as possible. But sometimes you really crave that real beef.

My dream burger? Really. Alright. Start it out with with an elk patty. Pepper jack cheese. Bacon. Onions. Red onions though! Pickles, ketchup. What kind of bun...?

Just a regular one with the little seeds on the top of them.