Banditos' sound is all over the map, but its roots are deep in their native South 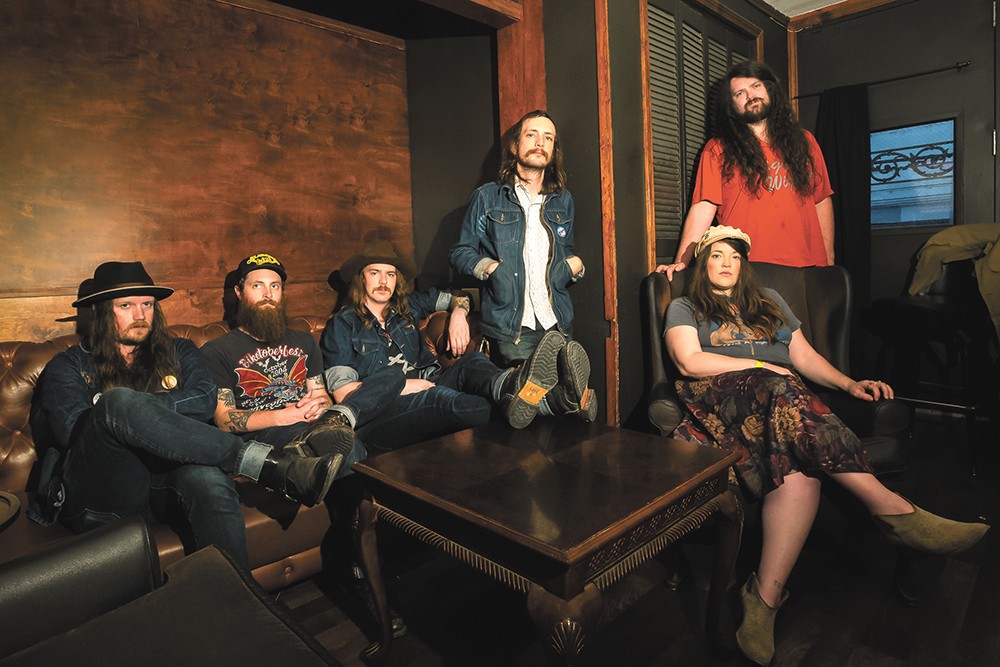 Birmingham, Alabama, is the kind of place where it's great to be a music maker,

but not necessarily a music fan, according to Banditos guitarist Jeffrey Salter.

"It's kind of near Atlanta, and kind of near Nashville, so growing up a lot of the big bands would come to those cities and pass Birmingham by," Salter says. "That's a bummer."

Perhaps you know of such a town?

What Birmingham lacked in big concerts when the Banditos were growing up, it made up for with what Salter calls "its own thing" — namely, a strong local scene of musicians and all-ages venues where Salter and his band mates learned their chops playing in various groups before joining forces.

Eventually, as so often happens, the sounds of their parents' record collections and regional radio started seeping into their own musical tastes. Banditos, in turn, created a sound that incorporates everything from scuzzy Southern rock and soul to psychedelia and bluegrass. Guitarist Corey Parsons and banjo man Stephen Pierce share lead vocals with powerhouse belter Mary Beth Richardson, while Salter, drummer Randy Wade and bassist Danny Vines round out the sextet. Spend a little time listening to Banditos, and you'll hear hints of the Band, Janis Joplin, the Black Keys and more.

"Growing up in the South, all of us grew up on classic rock and blues and country, everything from cheesy '90s country to the classic stuff," Salter says. "We all went through the punk and hardcore thing because you want to rebel against what your parents like. Now, we like to play fast and loud, and start and stop and play jerky tunes, and it all goes back to that."

The Banditos' live show has become a thing of legend since they formed in 2010. They played relentlessly and toured throughout the Southeast in their early years, somehow saving enough money to record their first album the week they collectively picked up and moved to Nashville — before they ever got a record deal. Eventually, they signed with Chicago's Bloodshot Records and put out their slightly reworked self-titled debut in 2015, taking their show nationwide on tours with the likes of St. Paul and the Broken Bones and Old 97's.

They paused long enough in 2017 to head to Texas and record their sophomore set Visionland, a collection that maintains the frantic energy of Banditos' debut — Salter says both were "90 percent recorded live," warts and all — while honing their songwriting into sharper focus on songs like surf-y "Lonely Boy" and killer garage rock of "Fine Fine Day."

Banditos' tour in support of Visionland stops in Spokane Friday. It's the band's first visit to the Lilac City, but expectations are high given what Salter says is a special, if unexpected, affinity between the band and the Pacific Northwest.

"The U.S. is interesting because growing up in the Southeast, there's a lot of great music, but people would rather hear bar bands around here," Salter says. "It's like, no matter how good you are, nobody cares ... But the West Coast and the Northwest, I feel like when we played there the first time, we just fit in." ♦