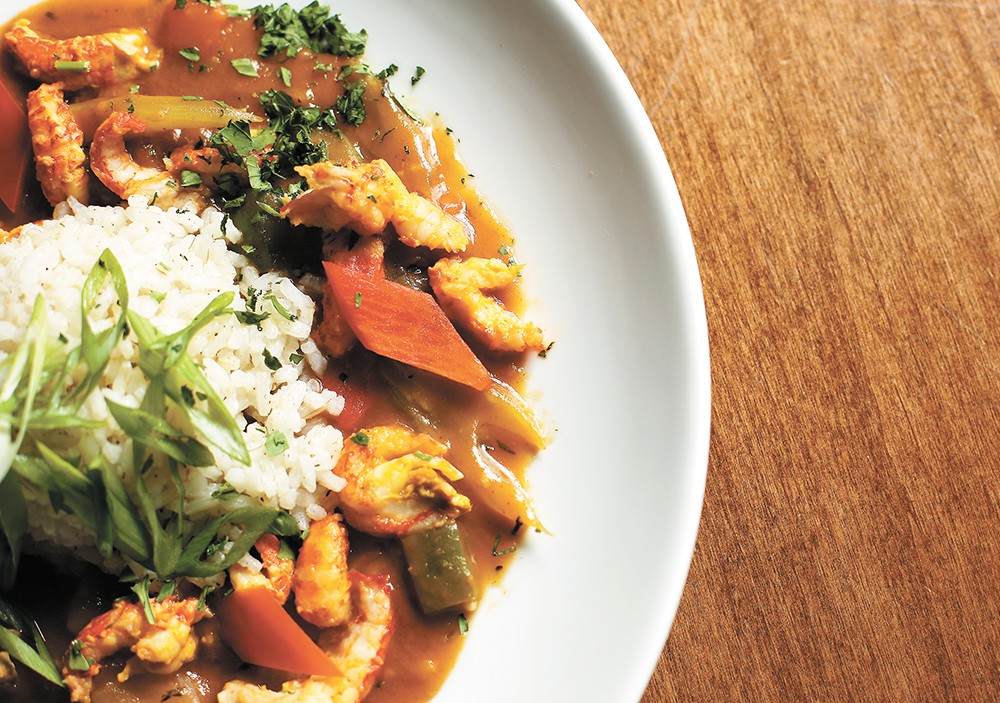 Mardi Gras is so much more than boobs, beads and bourbon

"It's much more family-friendly than people think," says Beechler, who was born and raised in New Orleans and serves as cultural advisor of sorts for the event, now in its third year.

Although alcohol will be available for purchase at the Feb. 17 event in the Coeur d'Alene Resort Plaza Shops, and costumes are encouraged, Krewe d'Alene is more about New Orleans culture, including its music, arts and cuisine. In addition to live music by Twisted Biscuit and Gumbo Jazz Trio, and a carnival-like atmosphere inside the Plaza Shops, Krewe d'Alene features a display of memorabilia and historical pieces in partnership with the Human Rights Education Institute based in the Lake City.

Some of the culinary competition participants, like Moon Time, already serve Cajun-style items on their menu (although Moon Time's 74th Street Gumbo is inspired by an ale house in another great city, Seattle). But will they, as Emeril used to say, "kick it up a notch?" for Krewe d'Alene, or bring something else entirely?

Only a handful of restaurants agreed to talk about their intended menus for Krewe d'Alene since they're all in the running for judge's and people's choice awards. Seasons of Coeur d'Alene won last year's people's choice award for its rock shrimp cakes with sweet corn macque choux, a Creole and Native American dish. This year, Seasons' head chef Scott Miller is serving up his take on crawfish étouffée. 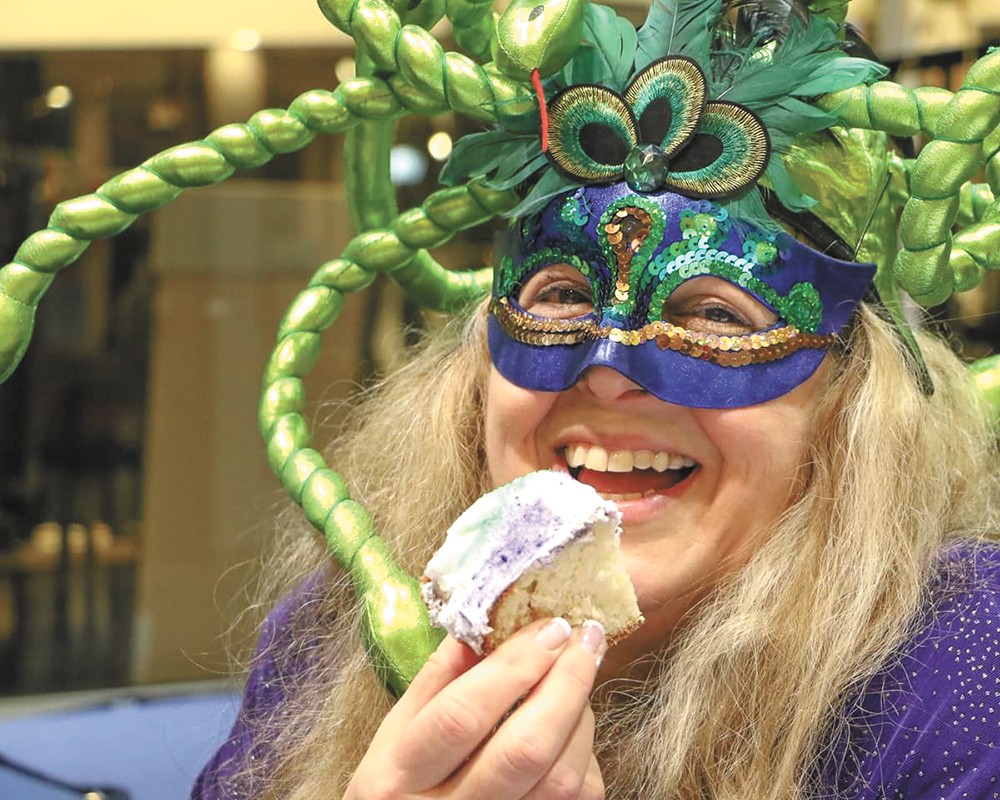 explains New Orleans native Beechler, who remembers everyone in the family dressing similarly for Mardi Gras parades, as butterflies, clowns or characters from The Sound of Music. They'd picnic together on St. Charles Avenue, and kids would perch on ladders for trinkets thrown by parade krewes.

Dating to the mid-1850s, krewe is the name given to social organizations that put on various dances, suppers, parties and parades throughout the Mardi Gras season, which actually starts on Jan. 6 and is known by such names as Three Kings Day, Twelfth Night of Christmas and the Epiphany for observant Christians. Translated from French, mardi gras means Fat Tuesday, when many Christians consume rich food (and maybe some libations) in preparation for Lent, a six-week period of prayer and fasting lasting from Ash Wednesday to Easter Sunday. Worldwide variations of Mardi Gras include Carnival and Fasching, or Fastnacht.

"Some of my favorite New Orleans dishes are barbecue shrimp... cooked in a buttery garlic sauce with special spices, shrimp rémoulade, crawfish étouffée, turtle soup and gumbo, red beans and rice," recalls Beechler, whose father also served on a krewe and allowed her to serve as a "queen" of the court when she was 18.

Beechler has been a major catalyst in growing Krewe d'Alene. She relocated to Coeur d'Alene with her three children in 1992 and worked for local attorney Scott Reed (best known for saving Tubbs Hill). Upon retiring, Beechler started volunteering at several organizations, including Kootenai Health where she is a baby "cuddler." At the Arts and Culture Alliance, she and Executive Director Ali Shute resurrected and re-envisioned a prior Mardi Gras event formerly put on by St. Vincent de Paul's Art on the Edge program. The first Krewe d'Alene happened in 2016.

of the cultural and traditional elements of Mardi Gras, the local culinary competition featuring authentically prepared Cajun and Creole food is one of its major highlights.

Gabe Cruz, currently head chef at Mount Spokane Ski & Snowboard Resort, remembers cooking for several of those past "pre-Krewe" fundraisers for Art on the Edge, during which he parlayed his prior experience working with chef Jan Birnbaum, an associate of famed Louisiana native and celebrity chef Paul Prudhomme.

"Jan taught me what he called 'bottom of the pot cooking,'" says Cruz, describing a technique of layering flavors, beginning with butter, for caramelization, and peanut oil, for the high smoke point. Then the "holy trinity" of onions, celery and green bell pepper are added, says Cruz, whose first restaurant startup in North Idaho was Sandpoint's Café Trinity, which featured Cajun-style cooking, and is now known as Trinity at City Beach.

Once the spice has released its essence, Cruz says the "fond" builds up on the bottom of the pot.

"You know, the crispy little bits of love that get stuck to the bottom of any good sauté," he adds.

Tomato, wine, brandy or a similar acid is added to release flavors, followed by protein such as duck, pork, sausage or shrimp. Any broth added is slow-cooked, a hallmark of Southern cuisine.

"Whether it's music on the streets of N'awlins or fixins' in the pot, it must come together in layers to excite the senses," says Cruz. "I can't explain the spiritual feeling that goes into Southern cooking; it's one you have to experience to understand."

The dish that reminds Beechler most of Mardi Gras is jambalaya.

"It is a rice dish with a lot of meat, seafood, vegetables, seasonings, etc., thrown in one big pot for one great meal," which can be personalized however you want, she says.

"It reminds me of Mardi Gras because it is like when our different cultures come together to make one big happy celebration." ♦