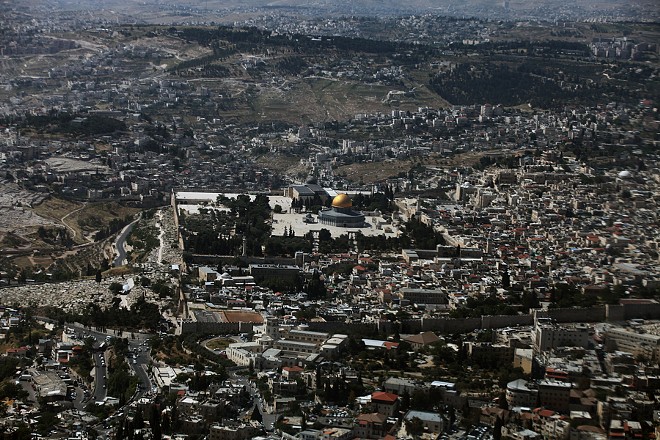 
A mass attempt by Palestinians to cross the border fence separating Israel from the Gaza Strip on Monday quickly turned violent, as Israeli soldiers responded with rifle fire. Monday became the bloodiest single day since the campaign of demonstrations began seven weeks ago, to protest Israel’s economic blockade of the Gaza Strip.


Tens of thousands of Palestinians took part in the protests, which spread Monday to the West Bank, where the focus was on opposition to the relocation of the U.S. Embassy to Jerusalem from Tel Aviv on the 70th anniversary of the formation of Israel, amid formality and celebration that created an almost surreal contrast to the violence raging barely 40 miles away.

By 7 p.m., 52 Palestinians, including several teenagers, were dead and at least 1,700 were injured in the Gaza Strip, the Health Ministry said. Israeli soldiers and snipers used barrages of tear gas as well as live gunfire to keep protesters from entering Israeli territory.

The Israeli military said that some in the crowds were planting or hurling explosives, and that many were flying flaming kites into Israel; at least one kite outside the Nahal Oz kibbutz, near Gaza City, ignited a wildfire.

By midafternoon, the protest nearest to Gaza City had turned into a pitched battle — a chaotic panorama of smoke, sirens and tear gas that stretched along the fence.

Emergency workers with stretchers carried off a stream of injured protesters, many with leg wounds but some having been shot in the abdomen. A number were teenagers.

Hamas called people back from the fence at 6 p.m., signaling that the protests might be over for the day.

Even as Palestinians’ anger erupted, U.S. and Israeli officials celebrated President Donald Trump’s move of the embassy to Jerusalem.

In a recorded video message played to some 800 people gathered at the new embassy, Trump said the United States “remains fully committed to facilitating a lasting peace agreement.”

In a speech at the ceremony, Jared Kushner, Trump’s son-in-law, also spoke of a resolution to generations of conflict. “When there is peace in this region, we will look back upon this day and will remember that the journey to peace started with a strong America recognizing the truth,” he said.