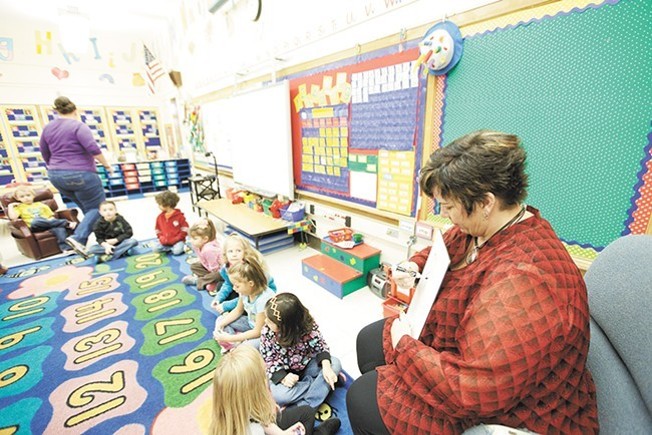 What does it cost to send a kindergartner on a path towards college?

The answer, according to a bill introduced the state Legislature, is $100.

Senate Bill 5704, and its companion House Bill 1592, would give every low-income kindergartner in Washington $100 as seed money that could one day blossom to an amount that could help pay for college tuition.

It's not an unheard of idea. A few other states have done something similar, and the Tacoma Housing Authority has had a child savings account program in Washington since 2015.

Bill sponsor Sen. Marko Liias (D-Lynnwood) says the idea builds upon the concept of a "baby bond," money given to every newborn baby that they couldn't touch until they turned 18. The goal is to help low-income and marginalized communities build assets in the future, and he says there's few better ways than setting up a college savings account.

"It gives them that head start to get going," Liias tells the Inlander. "That's the goal of the bill."

Realistically, Liias knows that $100 alone will not grow to pay for a college education by the time a kindergartner turns 18. Rather, it is seed funding to help a family begin saving, a "concrete link" to the reality of going to college.

Jennifer Tran, a senior policy analyst for a liberal group called Washington State Budget and Policy Center, says the $100 could make a significant difference, but not because of that seed money alone.

Some research has shown that even a small amount of money in savings increases the likelihood that parents will contribute to the accounts. Low-income children with $1-$499 in college savings — an amount that will barely pay for one class — are still three times more likely to enroll in college, according to one study. Research on child savings account programs directly contributing to postsecondary outcomes, however, remains scarce.

The $100 would be given to any kindergartner enrolled in public school who is eligible for free or reduced-priced lunch. In Spokane Public Schools last year, 56 percent of students were eligible for free or reduced lunch. The law, if passed would be administered by the Washington Student Achievement Council, which could provide families information and guidance in the process of saving for college, Tran says.

The bill had a Senate Committee hearing yesterday.

"It's not the money, but the idea that it has an effect on how families see kids — and how kids see themselves — as being college bound," Tran says.