A History of Protest 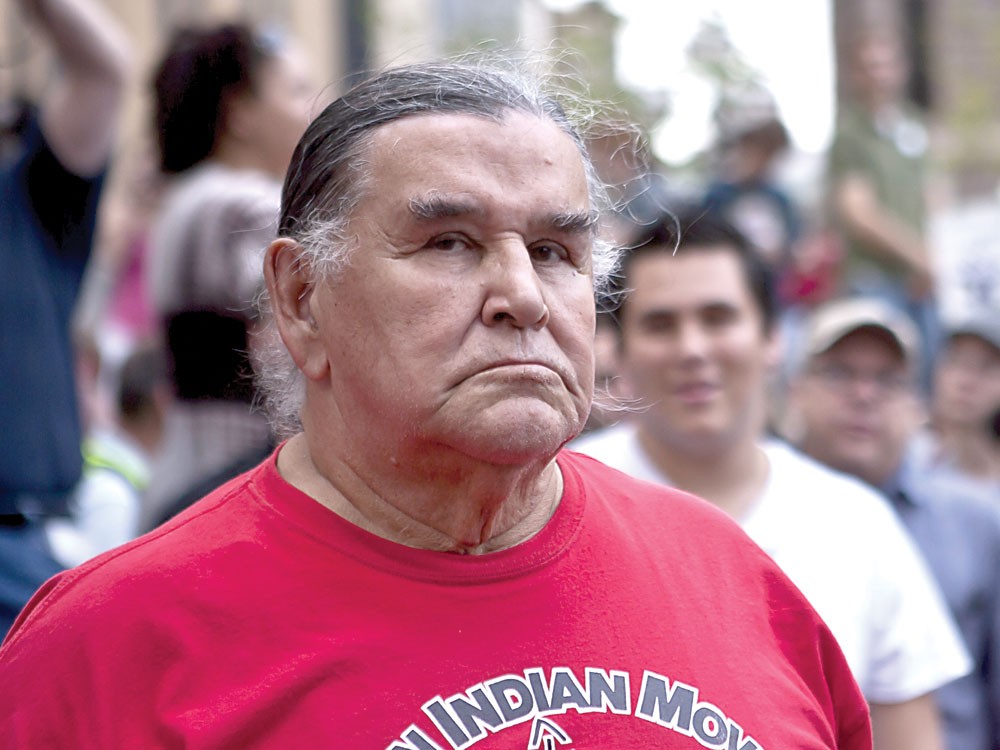 The 1960s were a contentious, often violent decade. Poor, oppressed and disenfranchised people were standing up for social justice, and the The Man sometimes met them with lynchings, clubs, dogs, fire hoses and bullets.

Clyde Bellecourt saw that for himself. Bellecourt, 75, helped form the American Indian Movement in Minneapolis in July of 1968. This week, he’s making a string of appearances around Spokane and Coeur d’Alene to talk about those days when Indians began fighting for respect, only to wind up fighting FBI director J. Edgar Hoover’s relentless Counter Intelligence Program, which attacked them using infiltration, disinformation, harassment and sometimes, they say, assassination.

About 60 Indians aligned with AIM were murdered (though no suspects were charged) in the tumultuous 71-day effort to oust corrupt leadership on the Pine Ridge reservation in South Dakota, where Hoover infamously called out the military and turned heavy weapons on American citizens. Bellecourt himself was shot at close range.

AIM formed as an urban group, standing up against police mistreatment of Indians in Minneapolis’ Franklin Avenue neighborhood, but the movement’s influence flashed across Indian Country.

“It was unbelievable times for us. Indian people were so beaten down that they didn’t believe anything could happen,” Bellecourt says. Today, AIM is less about mass protests and stare-downs with armed agents and more about running Indian Survival Schools, cultural and job-training programs and even, Bellecourt says, speaking before the United Nations on the declaration of rights of indigenous peoples around the world.

“We fought 30 years for it,” he says. The Inlander spoke to Bellecourt last week.

INLANDER: Why are you coming to Spokane?

What are your thoughts on tribal gaming and casinos?

There are some good things, but I get calls and emails and letters sent to me every day where there are people who have more Indian blood in them than the people who are running these casinos. There’s one casino where the guy in charge of it now has adopted 300 people [as tribal members] and there’s not one of them that, if you marked them with a piece of chalk, you could see the chalk, you know?

I look at the long-range goal and, to me, it’s a form of termination. A lot of Indian people aren’t getting any benefits from it. Some casinos ... put money into building other casinos and convention centers, but they don’t do anything for the inner city.

During the ’70s, why were some suspected AIM infiltrators executed?

I’ve never taken that position. The old way of Indian people was to banish them.

What about the murder of Anna Mae Aquash?

We know there is no involvement by the movement. If there was, there would have been major prosecution.

Well, there is major prosecution, still going on decades later, in that case. And there is the infamous statement by Russell Means and Ward Churchill that you passed on the order.

Ward Churchill worked for Soldier of Fortune … the CIA magazine, and that’s all he’s ever been with us. We recognized him …[as an infiltrator] to cause disruption.

Do you have any thoughts on the Occupy movement?

You got this Occupy Minnesota going on, and I finally had to go down and check them out. On opening day [of the Minnesota Legislature], they were going to have a ceremony that night, and they didn’t have no Indian people involved, no black people involved … and I questioned that and said it was an all-white group. They said, ‘We never thought about that, would you be willing to come down?’ So I went down there that night, and I did an opening ceremony and told them I was kind of excited about what I was hearing, and I said I was kind of bewildered, too — you know? — because you been occupying our land now for 500 years, and I said, ‘Do we have to go through all this again? You going to occupy Minnesota? Where do we stand on this?’ I started talking about all the treaties and these poor kids, college students, dropouts or whoever they were, didn’t even know what I was talking about.