A new Stage Left production of The Threepenny Opera offers a solid performance, but could use more menace 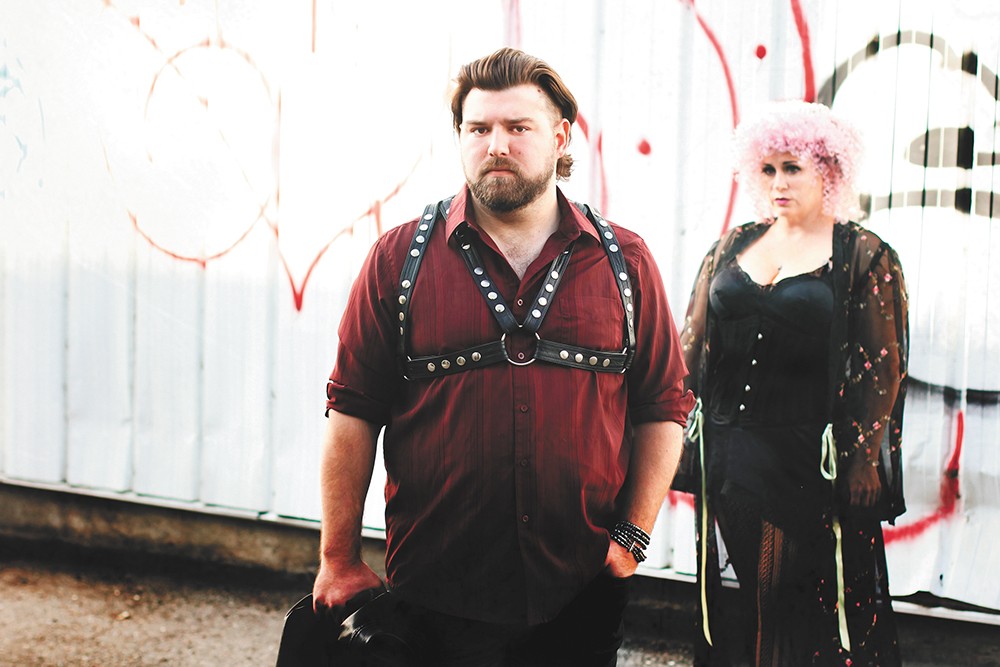 Listen to Bobby Darin sing "Mack the Knife" and you're bound to hear an infectiously swingin' earworm about some groovy little rascal named Macheath.

Move beyond the oh-so-casual "babes" that punctuate every other line and the punchy, big-band horns, though, and a seedier picture starts to form. There's a body on the sidewalk that's "oozin' life." Another one hanging in a cement bag. And girls are being called out by name and told to line up to get their turn. The song's rascal is actually a murderer and a rake.

Appearances can be deceiving, in other words, and it's a point that the original source of that song, Kurt Weill and Bertolt Brecht's Threepenny Opera (1928), drives home again and again. "The Ballad of Mack the Knife" comes early in the play, introducing its antihero with far more solemnity than Darin, warning us of his menace. While the shark might telegraph its threat by baring its razor-sharp teeth, the song goes, Macheath does no such thing. He keeps his jackknife hidden and slips away undetected after his kill.

Macheath isn't the only book with a misleading cover. Sweet Polly Peachum, the newest addition to his unwitting harem, reveals herself to be a bloodthirsty and willing gang leader when Macheath needs to go on the lam. Polly's father, J.J. Peachum, is a cynical exploiter of the poor masquerading as an altruist or a legit businessman depending on your point of view. Jenny, one of the few constants in Macheath's fickle life, is relatively quick to sell him out for the right price. The seemingly upstanding police officers to whom he's entrusted are susceptible to bribes too. You get the idea.

With lives at stake and rampant self-serving behavior trumping principles or ethics, The Threepenny Opera can't help but take on a sinister quality. No one can be trusted when there's a chance — or need — to profit. Adam Smith, take note.

Deliberately or not, Stage Left's current production of The Threepenny Opera (using Marc Blitzstein's 1954 translation) eschews those darker undertones in favor of an upbeat approach that's closer to a Broadway musical. Having tackled work like Equus at the same theater, director and choreographer Troy Nickerson has shown himself to be no stranger to portent. But with Jeremy Whittington playing J.J. Peachum like a pantomime dame and much of the supporting cast taking such a light, Darin-esque touch, it's rare to ever spot the glint of the concealed blade.

Robert Tombari is a burly Macheath with a reliable baritone. Isabella Mesenbrink, diminutive and high-energy as Polly but with a commanding soprano, provides an ideal counterpoint. Abbey Crawford's Jenny brings a dose of bitterness and world-weariness to a production that might have used some more. If any of these characters has a physical or personality trait worth emphasizing, incidentally, five will get you 10 that Lena Cooley's costuming will do so.

Rarely does a review of The Threepenny Opera fail to mention one of its most famous lines, which comes from the mouth of an irritated Macheath: "Art isn't nice!" This production downplays that notion, instead shooting for (and certainly getting) broader laughs. And while Threepenny's glibly saccharine ending seems to insist on giving audiences precisely what they want, appearances, as we know all too well, can be deceiving. ♦