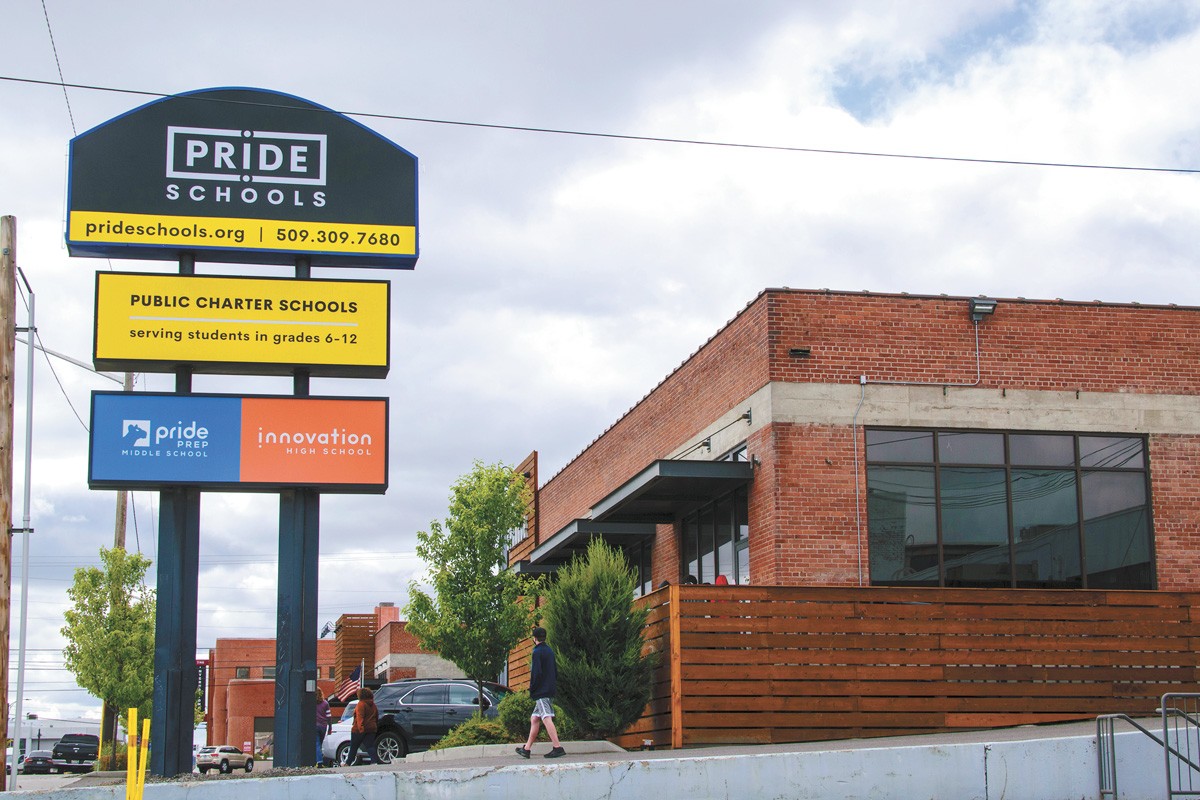 When public charter school PRIDE Prep faced the possibility of losing its authorization last week, it wasn't the first time the future of the school hung in the balance.

Charter schools in Washington have been plagued by uncertainty ever since voters approved their creation in 2012. If it wasn't a state Supreme Court ruling threatening their existence, it was a lack of stable funding or low enrollment. In 2019 alone, four Washington charter schools closed due in part to enrollment issues.

But PRIDE Prep last week was on shaky ground for different reasons. The school had poor academic performance based on standardized test scores, and in April state auditors flagged issues with school financial records and the leadership of its founder and superintendent, Brenda McDonald.

Most charter schools in Washington are authorized by the Washington State Charter School Commission. Spokane Public Schools, however, is the only district in the state to authorize charter schools on its own. But board members expressed serious concerns during a meeting last week.

"What happened just seemed so egregious," school board member Jenny Slagle said. "I keep thinking back to if this were our superintendent, and we had similar issues, how would we deal with it?"

It was a test in what kind of oversight the school district has over the charter school, which was recently on the wrong end of a state audit raising questions over its use of public funds. In the end, the school district voted to renew authorization, on the condition that there is a plan moving forward. Slagle was the lone "no" vote.

But while there were concerns about PRIDE's leadership team, ultimately board members realized they didn't have much power to force PRIDE to hold them accountable for what they saw as egregious errors.

"PRIDE Prep as a charter school has its own independent board, and the board hires the superintendent," says Cindy Coleman, chief finance and business services officer for Spokane Public Schools. "Their decision to hire, retain, fire, mentor and discipline is an individual board decision."

The PRIDE board, meanwhile, maintains confidence in McDonald, PRIDE's founder.

"We're very confident in Brenda and the team we have here moving forward," says Ian Field, a board trustee member.

On April 1, the Washington State Auditor's Office released a report finding multiple problems with PRIDE Prep's operations from 2017 until 2019.


For the public charter school, the report came at an inauspicious time — just as Spokane Public Schools was getting ready to make a decision on reauthorization.

"We've taken responsibility for the components of the audit where we have needed to make changes," McDonald says.

The first issue auditors flagged had to do with vacation leave. Staffers were both overcredited and undercredited for leave, some took more hours than allowed by school policy, and vacation days from previous years weren't transferred accurately. Auditors said those errors were due to a lack of oversight and monitoring of payroll, along with inconsistent policies on vacation leave and accrual.

Auditors also found that $4,779.39 was mistakenly charged to PRIDE Prep. PRIDE staff members, including McDonald, were providing consulting for another charter school in Washington and erroneously charged travel expenses for that to the PRIDE account. Auditors described the error as the charter school not complying with the state constitution to safeguard public resources. But McDonald says the error was quickly fixed.

"As soon as we realized we'd booked travel on the PRIDE credit card, the other school was invoiced immediately," McDonald tells the Inlander.

The final problem described by auditors had to do with the school allegedly hindering the audit itself. The charter school "impeded access to information and delayed responses to auditor inquiries," the report says. Paid leave documents were also altered, auditors say. When they questioned McDonald about the altered documents, she said she was instead providing updated documents that had been corrected after learning of recordkeeping shortfalls — they just did not clearly label them as "updated."

"Altering documentation and limiting information to the board affects the board's ability to demonstrate business was conducted in a transparent manner," the report said, adding that it may compromise the school's "ability to prevent misappropriation or misuse of public resources, safeguard public assets, and complying with state laws and their contract in a timely manner, or at all."

These findings raised alarms for members of the Spokane school board as it considered whether to reauthorize PRIDE Prep. The PRIDE school board, however, assured Spokane Public Schools that it has implemented a new payroll and time-off system with the help of an outside consultant, changing practices to prevent future problems. In a written response, the PRIDE board added that McDonald has been held accountable "through the evaluation and employee discipline process."

Field, the PRIDE board trustee, wouldn't go into more detail on that process in an interview with the Inlander, saying those decisions were made in executive session. Field stopped short of calling the mistakes identified by the auditors "egregious," though he says they are taking the audit seriously.

"I don't think the information presented demonstrates there was intentional fraud," Field says. "I think what they revealed was that there were systems that we needed to fix, and I think it was essential that we fix those systems immediately."

Separate from the audit, PRIDE Prep's bid for reauthorization was threatened by its overall financial health and academic performance.

But Brian Via, principal of PRIDE's Innovation High School, says the charter has been successful in helping students who struggled in traditional public schools succeed. PRIDE Prep has a higher proportion of special education and low-income students compared to the state average. Next month, PRIDE is graduating 81 students, and all of them have been accepted into a post-secondary institution.

PRIDE Prep uses project-based learning, a method of teaching emphasizing real-world explorations of various subjects. McDonald says some traditional assessments may not measure how students are learning through the project-based model. Still, she also notes that students exceed the benchmark for PSAT scores in English.

As for the low math scores, she says students often come to the school behind in math, and PRIDE tries to get them caught up. Among the conditions for reauthorization, PRIDE must provide additional math support for all middle school students.

Financially, McDonald admits things have been unstable. Since 2016, for example, the school consistently has not had the required amount of unrestricted cash on hand.

McDonald partly blames a lack of state funding. The school building also had to expand to add grades as middle school students transitioned to high school, and those costs aren't covered with public dollars like they would be for a traditional public school, she says.

Other charter schools have had similar issues. Georgia Heyward, a research analyst for the nonprofit Center on Reinventing Public Education, says public charter schools in Washington often serve a higher proportion of students with disabilities, English language learners and students in poverty. But the state funding typically doesn't match those needs. Private donations, meanwhile, usually cover some start-up costs but aren't always sustainable, she says. And at the same time, charters have a hard time finding suitable facilities in urban areas for a reasonable price.

Heyward studied why four charter schools in Washington closed in 2019, and she found that generally it had to do with a lack of funding combined with a political environment that impacted enrollment.

"The political environment — which included repeated threats of closure — made it challenging for early schools to attract students and staff," Heyward says.

But enrollment at PRIDE Prep is at capacity. The school serves 722 students in grades 6-12, and there's a wait list among others trying to get in. Because the school is no longer expanding, spending money on facilities won't be a problem moving forward, McDonald says.

Overall, McDonald says she's thankful to have gone through this process with Spokane Public Schools as an authorizer.

"That's their job," McDonald says. "They're a good partner to us, and they have a great deal of expertise. We are a small but growing organization that has learned a lot along the way." ♦