From our idioms to our videogames to our sex shops, the King James Bible's influence is everywhere. 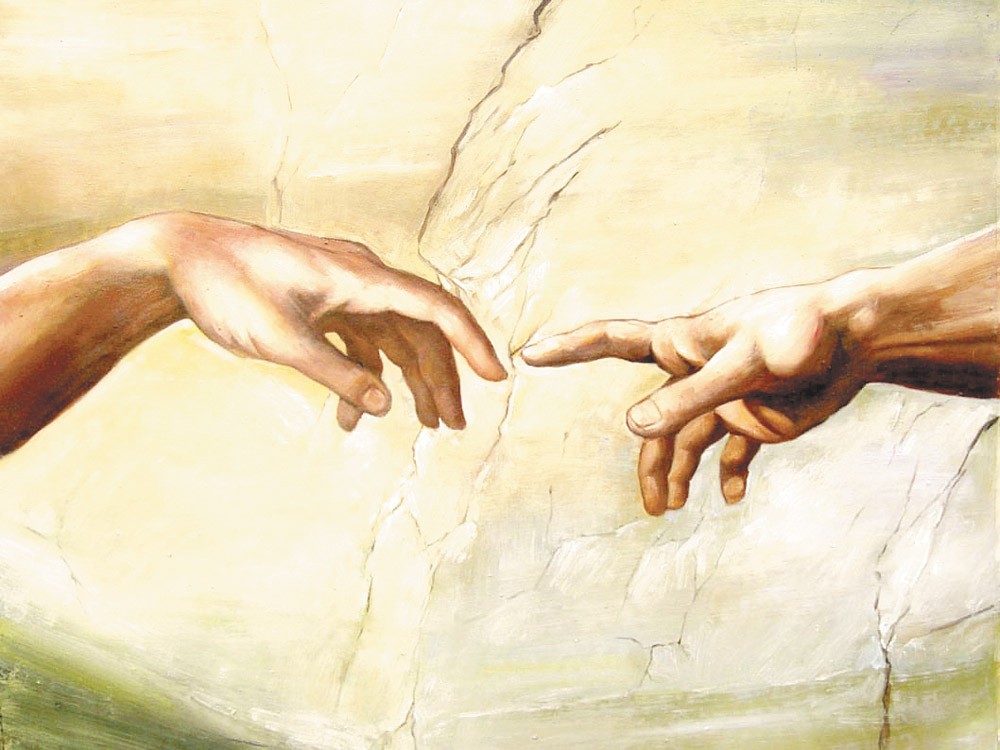 You can’t escape the Bible. No matter how mundane, how secular, how naughty your endeavor, the Bible will find you.

It will find you in the title of the John Lennon and Yoko Ono LP Milk and Honey (2). It will find you in the garden aisle of your home store, in a discussion about how your begonias will “take root (3).” If you’re driving down Division Street looking for a sex shop, the Bible will find you at Adam & Eve (4). And, through May, a traveling retrospective of the King James Bible (also known as the “King James Version” or KJV) will find you at the Whitworth Library, tracing an arc from the texts that informed it to the modern culture it has acted upon.

The KJV wasn’t the first English Bible, but it is unquestionably the most famous, and arguably most formative, in our culture. Some 401 after its first printing, the book’s cultural legacy is all but immeasurable. David Crystal, author of Begat, found 257 idioms in common use today in the KJV. Most weren’t coined there (Crystal told NPR he thinks unique coinages are “a very tiny number”), but they came to the language through what Kurt Queller, a linguist at the University of Idaho, says is a combination of access, import and beauty.

Queller says we think of the KJV — with its thees and thous — as being stilted, but this was common language then. Common, but not plain. The language has a lyricism and beauty that “just seeps into your bones,” Queller says. “The same is true of Shakespeare. They’re memorable. It’s memorable, well-chosen phrasing.”

Linda Schearing, chair of religious studies at Gonzaga, studies the Bible and pop culture. She says scripture pervades culture and has stuck in the oddest places. She says it was astonishing, watching her daughter play BioShock, a blockbuster videogame about genetic experiments in a ruined Art Deco civilization. “There was this dystopian theme, these hypodermic needles with an apple,” she says, “I thought, this is Genesis [chapter] (3).” Most cultural references like this aren’t overt, and Schearing says students are often surprised when she brings them up. “In some ways maybe people know the story of BioShock better than the Bible,” she says.

That’s the way these things tend to work, Queller says. The first adopters of a word or an idea or an image tend to be using it in the context of the source — the Bible in this case — but it really starts to spread when people just like the sound of it, and it evokes a feeling or a thought, and sticks in the mind.

But success has its drawbacks. Almost every idiom ascribed to the Bible, from “a wolf in sheep’s clothing (5) ” to “woe is me (6) ” can now be considered an English cliché.

Once things stick in the mind, they get overused. “It becomes boilerplate,” he says. “It tends to lose the original imagery and the reaction is ‘Oh no, not this again.’” Indeed, Queller says “apple of my eye (7) ” came to the KJV in a literal translation from the Hebrew. It also survived in the Latin Vulgate. Thus, what we now consider a cliché of modern American English may have already been a cliché in the Christian Rome and a cliché in ancient Israel — an image so good that multiple cultures have come to groan at it.

But the Bible’s authors foresaw that, too, a long time ago, when they wrote, presciently, “there is no new thing under the sun (8).”