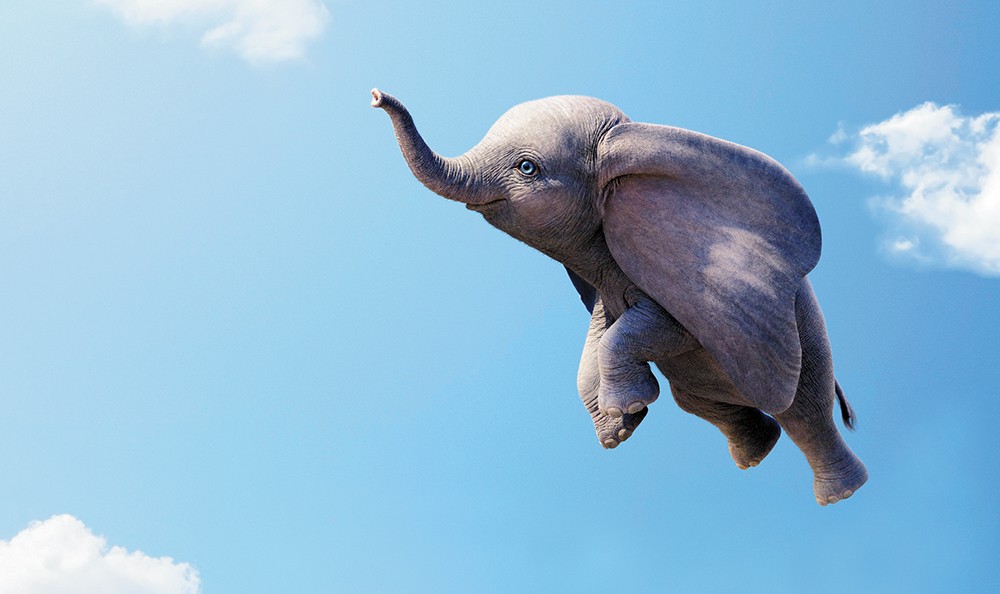 Another live-action remake, this time from 1941.

Who is the target audience for Disney's new "live-action" remake of Dumbo?

It remains baffling that Disney is continuing to do these "live-action" (quotes because they're mostly CGI) remakes instead of re-releasing the animated musical classics in theaters (like how popular films used to just pop up periodically pre-home viewing via VHS), but at least with upcoming versions of The Lion King and Aladdin, or even the 2017 Beauty and the Beast, the studio was tapping into childhood nostalgia for the prime 18-35 demographic that loved the originals as children.

But Dumbo? Despite one or two iconic moments, the 1941 original is a profoundly un-good movie with an added dose of that ol' timey Disney racism (the leader of the minstrel crows is literally named Jim Crow). More to the point, is Disney really trying to tap into the nostalgia of the 75-and-over lot with a kids' movie? (Clint Eastwood already owns that demographic — get off his lawn!)

So the elephant in the room (or flapping its big ears through the air) is that there's no reason for this new Dumbo to exist, yet here we are. Tim Burton takes the helm of this go-around, and since the narrative of the original takes place among talking elephants and mice and runs a scant 64 minutes, the story is reworked and expanded.

This version centers around two young children of circus performers, Milly (Nico Parker) and Joe (Finley Hobbins), whose mother died and whose father Holt (Colin Farrell) is just returning from World War I, where he lost an arm. Their traveling circus is led by Max Medici (Danny DeVito), who just bought a pregnant elephant that eventually gives birth to the floppy-eared Dumbo. Milly and Joe stumble into teaching Dumbo how to fly, making him an instant attraction, but also garnering the attention of entertainment tycoon and theme park owner V. A. Vandevere (Michael Keaton), who is flanked by his arm-candy acrobat Colette Marchant (Eva Green).

It's no surprise Burton has a fondness for the oddities of classic circus style, but Dumbo's aesthetics come across as more grandiose than grand. The same can be said for the performances: While DeVito's playfully over-the-top acting sporadically works, Keaton hams it up to an eye-rolling degree (lines like "Cancel my dinner with the president — we have business with an elephant!" don't help). The two children are serviceable, but Farrell unfortunately seems like he's been pulled from a much more serious film. Only Green hits the right tone, seeming to realize the whole thing is silly but to not overdo it.

The screenplay comes courtesy Ehren Kruger, the writer of The Ring and some Transformers movies. If that seems like a weird fit — correct! Perhaps the thought was if they filled the script with enough baffling choices and reactions by the human characters, then a flying elephant would seem rational by comparison. In the original Dumbo, he was ostracized by his fellow (talking) animals. This at least tracked. Here the ostracizing is left to the humans, which just doesn't make sense.

Max panics when he first sees Dumbo's ears because who would want to see an unusual elephant at the circus? (Umm... everyone? It's the circus.) When Vandevere is in charge he insists on adding Colette riding Dumbo... because a crowd wouldn't be impressed by just seeing a world-famous flying elephant? At one point a crowd demands refunds because... while they saw an elephant fly, they didn't see him fly for long enough? And while never directly addressed, parts of the movie rely on Dumbo comprehending English. There are some nice references to the original film (storks heralding Dumbo's arrival, a mouse costume suggesting OG Dumbo pal Timothy Q. Mouse, and a nod to the drunk Dumbo's hallucinations), but also some head-scratching ones (the minstrel crows' song essentially gets transposed by ring announcer Michael Buffer).

They say an elephant never forgets. Hopefully said elephant will be able to rid its mind of the unnecessary exercise in messy mundanity. ♦

With Disney Princess: The Concert headed to town, which animated heroine has the best tune?

As pop’s premier auteur, Beyonce turns Black Is King into a gorgeous platform for up-and-coming artists