The complicated testimony of Grant Fredericks, and how it may bring down the conviction of Karl Thompson. 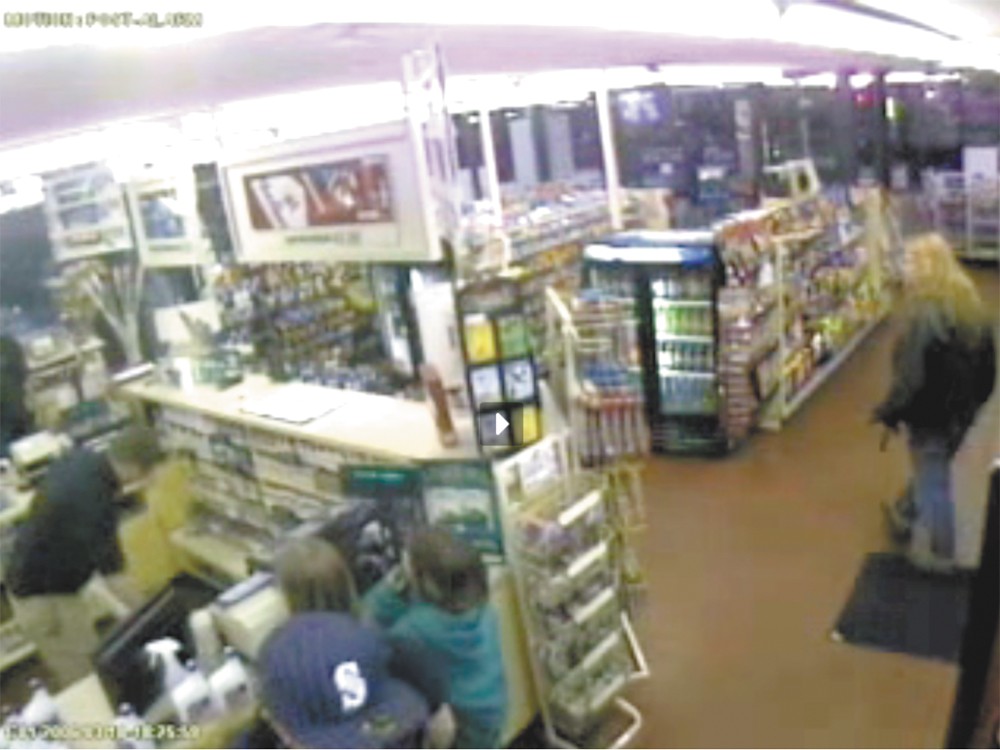 The events following the conviction of former Spokane Police Officer Karl Thompson astonish even the judge.

This is “an unusual case,” U.S. District Court Judge Fred Van Sickle remarked at a hearing last week. “The events that occurred after trial are extraordinary, as my experience goes.”

In November, Thompson was found guilty of violating the civil rights of Otto Zehm, a mentally impaired janitor who died after being beaten and tased by police in 2006.

The latest twist in the case involves allegations by Grant Fredericks, a forensic video analyst who was employed first by the City of Spokane and then by federal investigators to analyze the video footage of the encounter inside a north Spokane Zip Trip. Fredericks was never put on the stand at trial, but he claims that federal prosecutors misrepresented what he would have said. The allegation, made by Fredericks after the conviction, is being used by Thompson’s lawyers seeking a new trial.

Thompson’s sentencing has been postponed indefinitely as the judge considers their request.

Federal prosecutors have attacked Fredericks’ credibility, even though he is their own witness, while Fredericks’ attorney is petitioning the court to release the video analyst from a confidentiality agreement with the feds. Fredericks claims he never said that surveillance videos show blows from Thompson’s baton impacting Zehm’s head.

“He believes that this information was exculpatory,” his attorney, Phillip Wetzel, writes in a letter to prosecutors last month. “He had absolutely nothing to gain by raising this.”

Prosecutors point out that Fredericks first received their summary of his anticipated testimony in 2009, and he only made his objection known to prosecutors after last year’s trial.

Prosecutors also dispute how Fredericks first got involved in the case. In a letter sent late last year, Fredericks wrote that it was the police who first approached him. But prosecutors cite grand jury testimony from Spokane Police Officer John McGregor, who says Fredericks called the department offering his services after seeing video of Zehm’s encounter with police on the news. Prosecutors, who didn’t return phone messages, have said in court records that this shows a pattern of deceit by Fredericks.

They point to grand jury testimony by Fredericks in 2009 when, under questioning from Assistant U.S. Attorney Tim Durkin, Fredericks says the video shows “a forward overhand baton strike.”

Involvement in high-profile court cases is nothing new for Fredericks, who lives in Spokane but was traveling and could not be reached for comment. A video analyst and former Vancouver, B.C., police officer, Fredericks has testified in hundreds of cases, according to excerpts of his grand jury testimony released by the feds, ranging from hit-and-run fatalities in Iowa to beatings in Florida.

But in the Zehm case, federal prosecutors say in court documents that Fredericks has mischaracterized facts in the past.

Chief among their examples is Fredericks’ involvement in the case of Robert Dziekanski.

In October 2007, after being tased five times by Royal Canadian Mounted Police, Robert Dziekanski died on the floor of the Vancouver International Airport, his face blue and his heart seized. The whole event was captured by a bystander’s video camera.

The incident polarized Canada and opened up a rift with Poland, from where Dziekanski had just emigrated.

In response to the death, Canada held a royal commission, essentially a public inquiry called to look into a highly public event.

An attorney for one of the constables involved in the incident called in Fredericks to analyze the video.

On the stand, Fredericks insisted that the video showed Dziekanski, who had picked up a stapler in the airport, moving towards the four officers who were called in to deal with him as he became belligerent and broke furniture in an airport lounge.

Don Rosenbloom, an attorney who was representing the Polish government in the matter, assailed Fredericks’ testimony in cross-examination, and then brought in two other experts to refute it.

“One of British Columbia’s most respected jurists concluded in our case that the methodology employed by Mr. Fredericks was ‘flawed,’” Rosenbloom told The Inlander. “[And] that he lacked any special expertise testifying about certain body movements, and that consequently his evidence would not be relied upon.”

In the final report produced by the commission, the judge presiding over the commission wrote that he was “not prepared to rely on Mr. Fredericks’ analysis.”

The judge later determined that the four Mounted Police officers had collaborated to misrepresent Dzieka ski’s actions in the lounge. Last year, it was announced that all four would be charged with perjury.

As to the claim that Fredericks first contacted Spokane police offering his help, David Notowitz, a California-based forensic video analyst, says that only shows his business acumen.

“You’re trying to track down jobs for yourself,” Notowitz says.

“I don’t see anything wrong with a forensic video expert hearing about video in a court case and calling them to try to help with your services.”