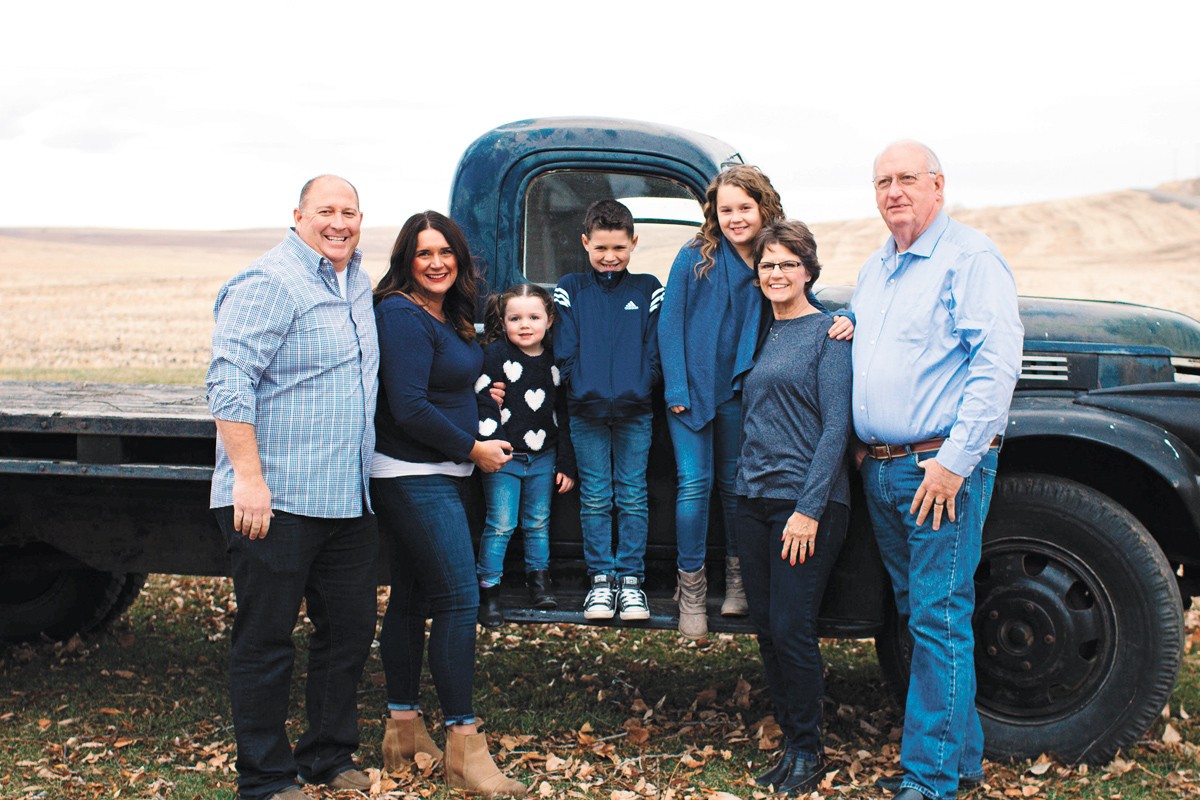 Palouse Brand photo
Sara Mader (second from left) and her family behind their booming business.

For more than a decade, Sara Mader and her family have understood that people want high-quality, healthy food, they want to know where it comes from, and they would like the convenience of buying that food online.

Mader, husband Kevin and their larger family have been growing things like garbanzo beans, lentils, split peas and wheat berries on their farm near Pullman for generations. But for the last 10 years or so, Mader also put her technology background to use, taking the Palouse Brand online to sell directly to customers.

"In my heart of hearts, I had a feeling our country was heading toward people wanting to know their farmers and their food," Mader says.

Palouse Brand prides itself on how much consumers know about their food. A QR code on the bag will tell you exactly which field those garbanzos were grown in. The company grows, cleans and packages their own food, so they can tell you with certainty where it came from and which farming practices were used.

That differs from other practices where, say, beans or lentils might be purchased by a grain company and sold to a food processor, which might then combine resources from around the world before a can of beans would wind up on your pantry shelf.

For Palouse Brand, moving to sell directly to customers through their own website and other online retailers was great, but significantly, Mader says, selling through Amazon has been key.

At no time did that become more evident than when a global pandemic hit early this year. With a rush on dried goods and pantry staples at local grocery stores around the country, Palouse Brand became a smash success online, even having one of Amazon's top-selling items for a time this spring.

So, while Amazon, the world's biggest retailer, is often cast as a small-business-killing monopoly — one that many lawmakers and consumer advocates would like to break up — in this particular case the story is different.

"Amazon truly is my biggest partner," Mader says. "When COVID hit, our partnership with Amazon allowed consumers to reach us really quickly because they were having trouble finding things in grocery stores."

Palouse Brand's ownership of nearly all elements of its process, from growing to shipping, enabled swift maneuvering to adapt to the growing demand, which in turn accelerated the already growing business' plans.

"The backside of that benefit was we were taking care of so many families on the Palouse," Mader says.

The first snag of the increased demand on Palouse Brand came when Mader says they ran out of packaging. The company quickly bought out every cloth-style bag that they could find in the U.S. and soon started air-freighting in bags just to meet demand. But they also had to figure out how to print their labels on those bags.

"We went into J & H Printing, a local print shop here in Pullman, and they said yes, they could print on it. That happened in early March," Mader says. "We were able to print the new bags and have a No. 1 best-selling product in 24 hours on Amazon."

Within weeks of the new demand, Palouse Brand opened a new warehouse at the edge of town, brought in J & H Printing to have their printing process happen in-house, and they hired about 100 temporary and permanent employees, many of whom had recently lost work due to COVID shutdowns, Mader says.

"The demand was so high that we would literally have warm bags coming off the printer, and we'd be filling them with foods and shipping them," she says. "It helped keep their [printing] business alive through the shutdown of the pandemic, and it allowed families to be fed and benefits to be paid at multiple businesses because of the demand it generated."

The massive demand also jump-started the next big move for the company, which was already in the works: Clear Creek, by Palouse Brand. While Palouse Brand only sells products grown on the Maders' farm, Clear Creek is doing the same thing for other regional farmers, packaging and shipping their Pacific Northwest products to customers through the same proven model.

The in-house solutions that this year demanded of Palouse Brand, coupled with the speed of listing products through Amazon's platform, will enable Clear Creek to turn products around with labels and packaging in a matter of days or weeks, Mader says.

"It's giving other farmers the chance to connect with us and get that into consumers' hands," Mader says. "If farmers are interested in growing their consumer brand, we have a website they can go through, we evaluate their product, what they're selling, what they want to move, we try to get them a higher margin than more traditional options, and then we brag about them through our Clear Creek brand."

Compared to other online retailers, Mader also emphasizes that Amazon has done the most to help protect her brand and products. She's in the process of sending cease-and-desist letters to sellers on other online marketplaces who've bought her products and turned around to re-sell them for higher prices.

Mader says their company continues to look forward to expanding Clear Creek's offerings, and as employment demands grow, there will also be an emphasis on hiring single moms who need work and might not get a second chance from another company. For Mader it's important to offer a family-friendly work environment that doesn't punish employees for things like taking care of their children.

"Another large retailer here fires these moms after so many absences due to child care. We have no attendance consequences: If their kids have a problem and they need to leave, we're able to let them do that," Mader says. "Because of the flexibility and availability of the Amazon platform, we have this place for these women to thrive in." ♦

The original print version of this article was headlined "Successful Grains"