Mad Men's main character gives viewers an excuse to pat themselves on the back. 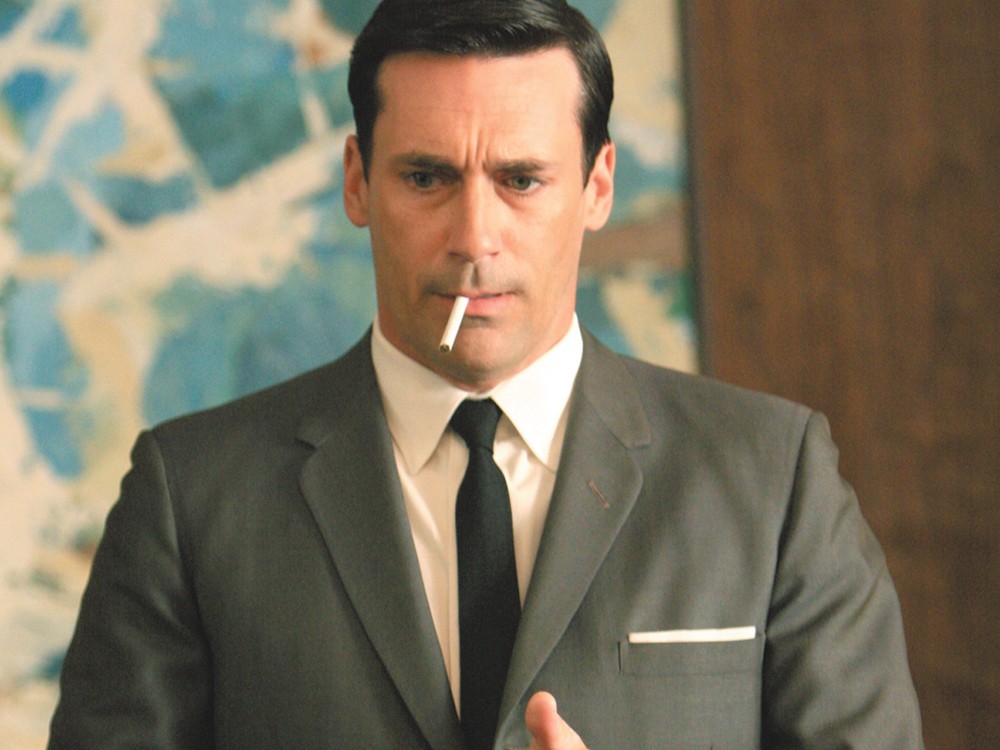 Hey, Don, Didn\'t your ad say you were quitting cigarettes?

For all its Emmys, for all its deeply devoted fans and all the critics salivating over its current season, we seem to be overlooking the most practical application of Mad Men: It’s an excellent source of selfreassurance.

Well, maybe not reassurance as much as justification, perhaps. Let us explain.

Got a drinking problem? It’s probably not as bad as the one post-divorce Don Draper puked his way through last season. Got a deep, dark secret? It couldn’t possibly be worse than Don’s false identity and verboten ex-wife. Got a lack of confidence in your marriage? Relax, it’s not like you’re having extramarital affairs with every secretary, flight attendant and opposite-sex business associate in your city.

Also, it’s not just Don Draper, but also the show’s time period that lends a comparative comfort to viewers. Worried about the precarious state of current world affairs? It’s not as bad as the tumultuous political, social, military issues surrounding the cast of Mad Men. Think you’ve got it bad at your job? At least you’re not treated like the women of the ad agency. Aggravated with the speed of your Wi-Fi connection? Well, you could be hammering away on a typewriter all day.

This season, however, Don Draper’s illicit behavior has been eclipsed by that of his coworkers, who’ve provided us with a well-rounded display of deviance that lends comfort to a wide cross-section of viewers. The show’s audience now can breathe easy that very few, if any, of them got ripped on acid and convinced their spouse to divorce them mid-trip. And they can receive the sort of head-wagging comparative satisfaction that comes only from, say, watching one of the Mad Men principals try to use life insurance as an excuse to get down and dirty with a Gilmore Girl.

Who, also, could not feel satisfied with their work place after watching the firm devolve, albeit only for an episode, into a high-end call-girl service?

This week’s episode — the penultimate of the season — ratcheted the cast’s troubles to even higher, more gut-wrenching levels. Which should allow its audience to stop for a moment and realize: Damn, real life is better than life on Mad Men.