Good dancers! Evil dancers! Stanley Tucci! How did such a winning formula go so wrong? 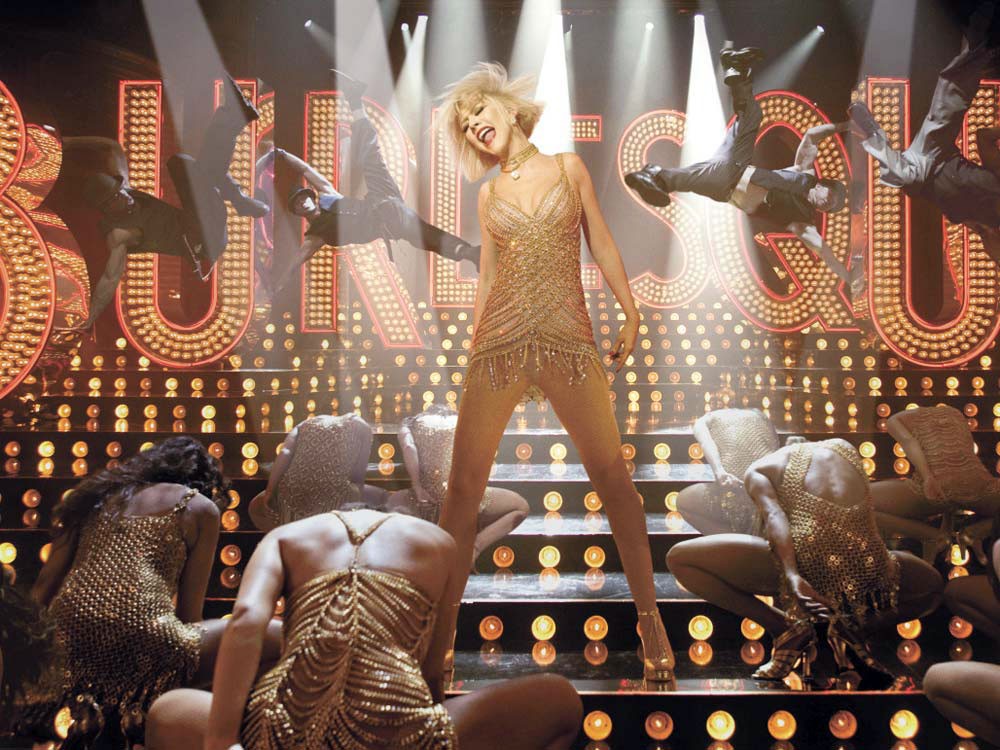 Gosh, the piles of silliness in this magnificent piece of trash are almost too much to bear. This is the sort of cinematic junk food that the term “guilty pleasure” was invented for. Break it down into its component parts, and it’s really quite dreadful. Alan Cumming is completely wasted, for one. Kristen Bell as the “evil” dancer who’s jealous of Aguilera’s Ali — who, it turns out, can dance and sing — and Eric Dane as the “evil” real estate magnate who wants to buy up the Burlesque barely even begin to compensate for the lack of Nazi villains. One wonders whether writer-director Steve Antin has even seen Cabaret, or only seen a few clips from it. He could have at least come up with a nasty old evil rich duke like the bad guy from Moulin Rouge!, from which Antin also tries to steal a little mojo (unsuccessfully).

Did I mention that the bank is foreclosing on the Burlesque unless owner Tess can raise some money before the end of the month? I think I saw this in a Muppet movie once, complete with Miss Piggy in sequins and feathers and belting out classy old standards about diamonds being a girl’s best friend and such.

No, but there’s some good stuff here. Cher totally steals the movie as Tess, even if it’s sorta embarrassing to have to compare poor Aguilera to her: the kid doesn’t stand a chance. Stanley Tucci as Tess’s best friend and partner in theater is doing his Devil Wears Prada shtick again, but it is as joyous as ever to watch him sashay around and wisecrack. And if the burlesque itself isn’t quite as genuine as it might be, it’s actually pretty damn cool: naughty and energetic without being dirty. It’s all so ridiculous but kinda old-fashioned, in a nice way, in spite of itself.