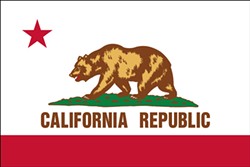 
Californians who don’t identify themselves as male or female will soon be able to get a gender-neutral birth certificate.


Until now, people who wanted to obtain a nonbinary gender designation had to get a physician’s affidavit stating that they had undergone treatment for the purpose of gender transition. That’s what A.T. Furuya, a 35-year-old advocate for transgender youth at the San Diego LGBT Community Center, had to do to become one of the first people in the country to obtain a legally designated gender that is neither male nor female.

The court papers resolving that ordeal in February prompted tears.

The physician letters have become a thing of the past in California. Gov. Jerry Brown signed a bill into law Monday that simplifies the process, and provides nonbinary and intersex people with the ability to request a new birth certificate with a third, nonbinary category. It is the first state to offer such an option.

Those who define themselves as nonbinary consider themselves neither male nor female, whereas those who are intersex have atypical sexual anatomy. Both groups have long sought legal documents that represent their identity.

Oregon and Washington, D.C., have recently offered residents gender-neutral options on driver’s licenses, and the Washington State Department of Health is planning to hold a public hearing this year on the inclusion of a nonbinary option on birth certificates, the public radio station KUOW reported.

The legislation has faced some resistance. One conservative group expressed concerns that the new law, which eliminates the need for a physician’s letter in support of a gender transition, could lead to identity fraud.

And the California Family Council said the inclusion of a third gender on state documents would create the need for nonbinary sports teams at public schools, at a great expense.

But legal experts and supporters reject that claim.