Catty, razor-sharp and brutally hilarious, The Favourite turns 18th-century social mores and power dynamics into the stuff of dark farce 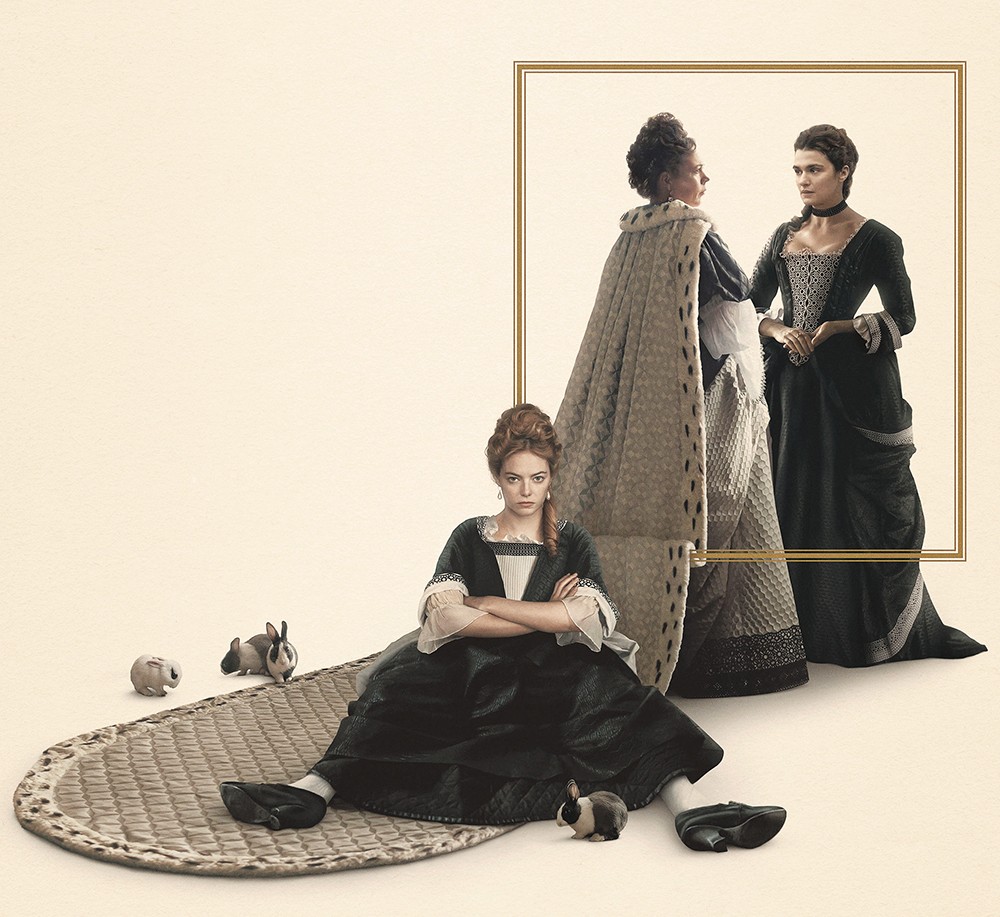 Emma Stone schemes her way to the top in The Favourite.

There's an art to the insult. Sure, the sick burns of Comedy Central roasts can leave people hollering, but nothing is nearly as devastating as a courteous underhanded barb delivered with pinpoint precision and razor-sharp tongue. Granting this, The Favourite is a masterwork in the form. It may be the cattiest film in existence.

The 18th-century British tale finds Sarah Churchill (Rachel Weisz) serving as the intermediary and confidant to Queen Anne (Olivia Colman). The widowed queen — who, despite trying, was never able spawn an heir — is a depressive, socially anxious mess who desperately wants to be liked, so the direct and curt Lady Sarah essentially rules as her proxy, including managing a war with the French and the domestic infighting it causes between the military and the elite landowners fronting the war's tax bill. But things begin to change when Abigail (Emma Stone), Sarah's cousin from a disgraced side of the family, shows up at the castle in desperate need of work.

After being assigned to lowly maid work, Abigail stealthily observes some of Sarah and the queen's secret interactions and soon hatches a plan for upward mobility. Once the queen takes a shining to Abigail, Sarah realizes that her cousin poses a threat. From there, both women's claws and fangs come out in full force as Sarah and Abigail viciously vie for the power that comes from being the apple of the queen's eye.

The period piece setting gets bizarrely tilted into dark comedy under the direction of Yorgos Lanthimos, who has showcased a knack for crafting such off-kilter worlds in The Lobster, The Killing of a Sacred Deer and Dogtooth. The Favourite is the first of his movies that he didn't write since becoming a prominent filmmaker — Deborah Davis and Tony McNamara penned the sharp script — but it still fully feels like his film. Sure, the premise is grounded in a straightforward reality unlike his past works, but the vision — and even the way the line delivery just feels intentionally slightly stilted from how normal humans talk — screams Lanthimos. He turns the elegant setting of the palace into something a tad twisted through the use of distorting lenses, the transition between classical music and scenes scored only by two repeating notes, and other tricks. The way he frames the indulgences of the elites that fill the castle conveys how disgusting and vile the whole lot is in their excesses.

But even more than a distinctive style piece, Lanthimos serves up The Favourite as a showcase for the actors. Just as Sarah and Abigail battle on screen, expect Weisz and Stone to battle for the same hardware come awards season. Their performances are both fantastic in starkly different ways, so your own favourite is purely subjective.

Weisz plays Sarah with the stern, detailed steeliness of a hardened, unflappable veteran who's not too keen at the whippersnapper nipping at her heels and disrupting her perfectly laid plan. Stone brings a scrappy, conniving fire to Abigail. She's craftier than everyone and knows how to not show it, and Stone's skill lets viewers subtly see on her face when the cogs in her mind are starting a fresh machination. Colman's queen is the unstable fulcrum which binds the two. She comes off as an overgrown spoiled toddler, manically fluctuating between hysteric fits and childish glee, while never fully forgetting that she's the one in charge.

While the epic farce of The Favourite unabashedly attacks the elite with comedic flair, there's a certain bleakness to the glass ceiling it only passingly hints at. Sarah never shows an ounce of weakness and crushes the men that get in her way while staring unblinkingly right through them. Abigail takes a more modern spitfire approach, carefully setting up her schemes and wrapping the rubes around her little finger with blunt force and insincere smiles. Both are strong women who have a knack for finagling themselves into more powerful positions than that of the boorish boobs that make up the male influencers of the time.

But no matter how clever their plots against their adversaries or one another, they're still at the mercy of a higher power. "Love has its limits," says Sarah early in the film. Without missing a beat the queen snaps back, "It should not." ♦

The Favourite is not showing in any theaters in the area.