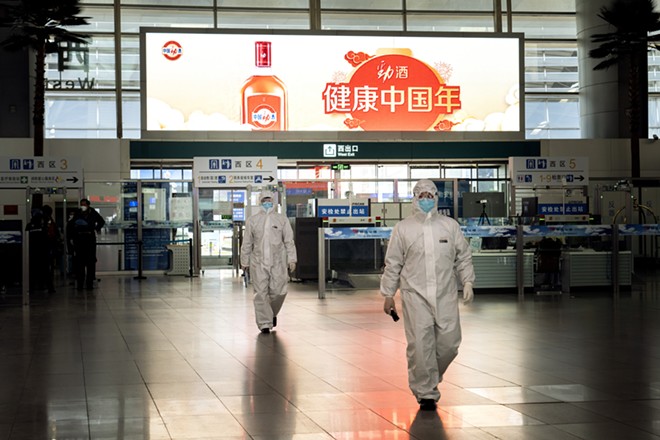 Workers are stuck in their hometowns. Officials want detailed health plans before factories or offices can reopen. Assembly lines that make General Motors cars and Apple iPhones are standing silent.

More than two weeks after China locked down a major city to stop a dangerous viral outbreak, one of the world’s largest economies remains largely idle. Much of the country was supposed to have reopened by now, but its empty streets, quiet factories and legions of inactive workers suggest that weeks or months could pass before this vital motor of global growth is humming again.

Global growth could suffer the longer China stays in low gear. It has been hampered by both the outbreak and its own containment efforts, a process that has cut off workers from their jobs and factories from their raw materials. The result is a slowdown that is already slashing traffic along the world’s shipping lines and leading to forecasts of a sharp fall in production of everything from cars to smartphones.

New figures show authorities still have a long way to go before the outbreak can be tamed. On Tuesday, they reported a milestone: the overall death toll from coronavirus in China had topped 1,000. On Monday, the number was 908.

Xi Jinping, the country’s top leader, toured a Beijing neighborhood and hospital Monday, in what state media described as an inspection of the front line of the outbreak. Chinese officials have been roundly criticized online even in the face of tough censorship for what many see as a slow initial response and the suppression of early warnings.

On Monday, a team from the World Health Organization landed in Beijing to work with Chinese researchers battling the coronavirus. Their arrival could signal a shift in attitude among China’s leaders.

The organization’s director general, Tedros Adhanom Ghebreyesus, cited with concern instances of infections among people who had not traveled to China, suggesting that even more cases could emerge. “In short, we may only be seeing the tip of the iceberg,” he wrote on Twitter.

Chinese health officials have been encouraged that the pace of recoveries among victims has outpaced deaths for more than a week. The rate of infection, however, has continued to soar, suggesting that the worst is still to come.