Why studying American history is essential to being a good citizen 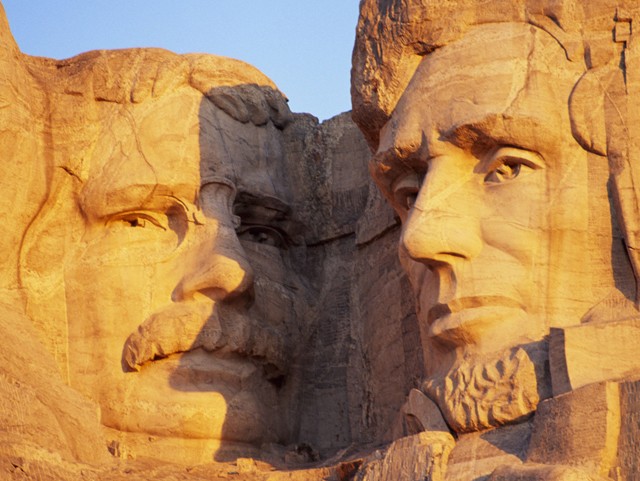 Last year, The Inlander interviewed Spokane City Council candidates to test their knowledge of Spokane. After all, the officials we elect to public office should actually possess a depth of knowledge of the issues facing their community — and our nation.

When I ran for Congress in 1994, one concern I had as I debated Speaker Tom Foley nine separate times (most of them televised nationally) was that I would be asked some obscure, simple question about the 5th Congressional District or national history which I could not answer, and that lack of knowledge — regardless of its relative significance — would define me for the upcoming election. Thankfully, it never happened, and I eked out a victory that year, in part, by being well prepared on the issues.

Since leaving office in 2005, I’ve developed the non-profit, non-partisan, charitable Nethercutt Foundation (www.nethercuttfoundation.org) to help college students receive a better “civics” education, so that they deeply understand America’s great story. Students from universities as close as Spokane and as far away as Pennsylvania have been admitted to our program to study our founding documents, learn leadership lessons and understand significant events in American history that have led to our country’s growth and prosperity. The students travel all-expenses-paid to Washington, D.C., to spend 10 days meeting with elected officials, lobbyists, government leaders and members of the national press. As I accompany the students, I see them immersed in the study of how the federal government actually works. They then return home to dedicate 60 hours to a government or quasi-government entity to get into the important habit of helping others. This experience will make them better citizens, potential principled leaders and compassionate, informed participants in American democracy.

But it’s not only young people who need the education the Foundation provides to the small group of students selected for the program each year. Numerous surveys show that most adult Americans are ignorant about American history. A 2008 survey by the non-profit Intercollegiate Studies Institute (ISI) tested 2,508 adults on their civic knowledge and compared those with and without a college education. The test covered information drawn from U.S. naturalization exams and the U.S. Department of Education high school progress tests. Sadly, 71 percent of those taking the exam failed it. The overall score was 49 percent. College graduates scored only 57 percent on the exam — still a failing grade.

In 2006 and 2007, ISI tested 14,000 college freshmen and seniors from 50 American universities with 65 multiple-choice questions covering such topics as American government, historical facts, economics and foreign policy. The findings: America’s college students overwhelmingly failed even the most basic knowledge of American government and history. Harvard was the only university with students able to pass the test — with an underwhelming D . Seniors performed only slightly better than freshmen, showing that even the finest universities across the United States do little to enhance a student’s civic knowledge.

Why do these results matter? Because the issues facing our country have profound consequences to all Americans, regardless of their social status, income levels, race, religion or education. Uninformed citizens are captive to those who make decisions affecting our lives, whether in Spokane, Olympia or Washington, D.C.

Another astonishing finding that emerged from the 2008 study was that elected officials scored lower (only 43 percent) on the exam than the average adult, perhaps explaining why our state and nation seem so inefficiently run, even with more government employees and bigger state and national budgets — and the resulting staggering debts. A recent study of business and employment trends in Washington state showed that through 2017, government shows the greatest growth and the most employees of any sector of the economy. At the federal level, President Obama plans to hire 140,000 new federal employees by the end of 2010. The average federal salary is about $75,000; there are now over 2 million civilian federal employees. Pretty soon, government will be so big and spend so much that elected officials will have little spending discretion — their hands will be too tied with public debt.

That’s why I’m focusing this column, and future columns, on the need for Americans to understand national policies and issues and to know why government works as it does. My new book, In Tune with America: Our History in Song, is due out in local bookstores in Spokane on April 14. It teaches the essentials of the story of the United States through the music of American history. The information in the book contains basic civics knowledge lacking in too many Americans. It is punctuated by the songs written during important eras of U.S. history that recite a first-hand account, in rhyme and music, of how our history has unfolded — at the time it was unfolding.

Readers of this column will be afforded a perspective deeper than those given in 30-second sound bites on television news. It will be a perspective borne of the knowledge all Americans should have of our founding principles, enhanced by the insights and perspectives formed by my 10 years of congressional service. I hope that reading this column will be educational and enlightening — because our nation is blessed by the toil and sacrifice of thousands, just like us, who built it, through all of its challenges. Whatever our station in life, each of us has an obligation to study and know the history of how and why the United States came to exist.

From 1995-2005, George Nethercutt was the Republican Congressman from Spokane. His column will appear once a month in The Inlander. Send comments totheeditor@inlander.com.