CHARLOTTESVILLE, Va. — The city of Charlottesville was engulfed by violence Saturday as white nationalists and counterprotesters clashed in one of the bloodiest fights to date over the removal of Confederate monuments across the South.

White nationalists had long planned a demonstration over the city’s decision to remove a statue of Robert E. Lee. But the rally exploded into racial taunting, shoving and outright brawling, prompting the governor to declare a state of emergency and the National Guard to join police in clearing the area. (Via the New York Times)

1 of 9
Matt Eich/The New York Times
Confrontations in the streets of Charlottesville, Va., where white nationalists faced counterprotestors at a planned protest, billed as a “Unite the Right” rally, Aug. 12, 2017. The demonstration, which both organizers and critics had said was the largest gathering of white nationalists in recent years, turned violent almost immediately; a car that plowed into a crowd of counterprotesters later left at least one person dead and at least 19 injured. 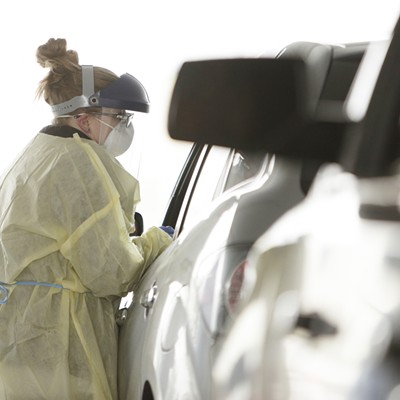 Inside the MyChoice crisis pregnancy center of Spokane