Spike Jonze captures our passion for technology in Her 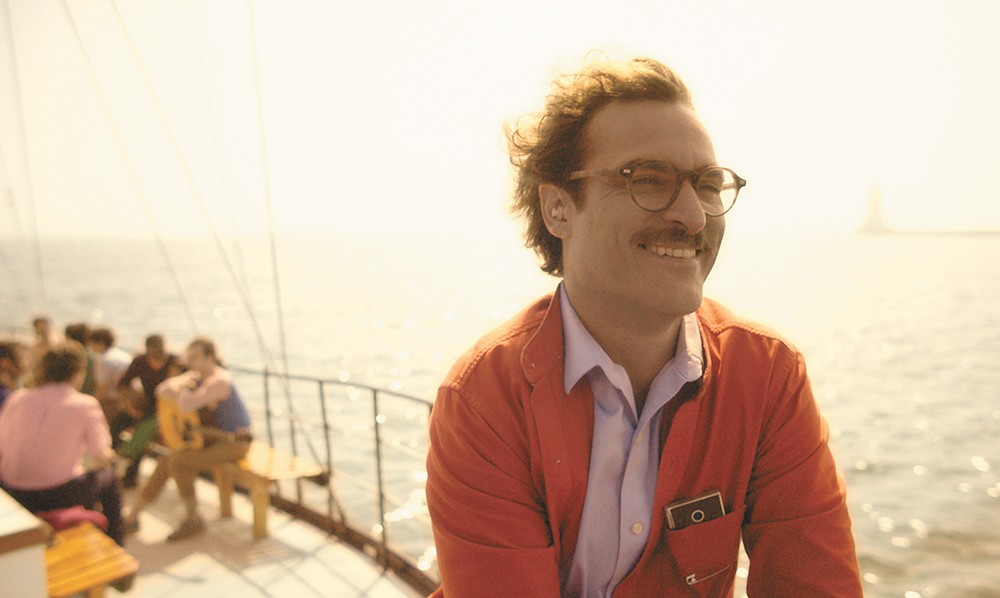 Happiness is a warm iPhone.

"A man falls in love with his operating system" seems to be precisely the sort of high-concept premise that's tailor-made for Spike Jonze, director of Being John Malkovich and Adaptation. Granted, those audacious films were the brainchild of singular screenwriter Charlie Kaufman, who seemingly lent them their emotional grounding while Jonze provided inventive visuals and an anarchic spirit.

Her marks the first time Jonze has single-handedly scripted one of his features, and not since the Kaufman-penned Eternal Sunshine of the Spotless Mind has a film so sublimely used fantastical trappings to piercingly examine the enduring dysfunction of romance.

There's certainly been prior evidence that Jonze possesses a melancholic streak to temper his playfulness, be it his downbeat Where the Wild Things Are adaptation or the affecting 2010 robots-in-love short film, I'm Here. In fact, his films have all centered on profoundly lonely figures. With Her, Jonze finds the ideal conduit for his conflicting impulses in the remarkable Joaquin Phoenix, an actor practically unrivaled when it comes to conveying isolation.

In a near-future Los Angeles, Theodore (Phoenix) earns a paycheck by penning intimate correspondence for those who don't possess his way with words. Ironically, the writer is quite incapable of expressing his own feelings. As a result, his frustrated wife (Rooney Mara) has filed for divorce, leaving him holed up in an apartment filled with more memories than furnishings. Glimpses of more blissful times are depicted through exquisitely crafted montages.

Astutely recognizing that the glow of a laptop screen has now become our night-light of choice, Jonze allows his introverted sad sack to find companionship in the form of the world's first artificially intelligent operating system. Initially taking an active interest in "her" owner's personal emails, the whip-smart, self-dubbed Samantha (alluringly voiced by Scarlett Johansson) quickly develops a lust for life and an attraction to the human with who she's become so intimately acquainted.

In depicting the courtship between Theodore and his handheld device, Jonze not only taps into the geeky exhilaration experienced during the inaugural navigation of an iPhone but the rush that results from seeing someone new in your life passionately embrace your favorite things, be it a picturesque stretch of beach or a profane videogame. In turn, the tension that arises in — and eventually takes a stranglehold of — the seriocomic proceedings derives from the fact that, as an ever-evolving entity of limitless potential, Samantha yearns to experience everything.

The film concludes with a poignant moment of human contact which convincingly asserts that falling in love is indeed worth the resulting wounds, and that the world we inhabit is fully deserving of our awe. As the end credits roll, you may very well find yourself lingering a while, reveling in the experience Jonze has shared and realizing that you suddenly possess a renewed desire to go out and explore. ♦

Her is not showing in any theaters in the area.