In the coldest season, a new way to find those without a roof. 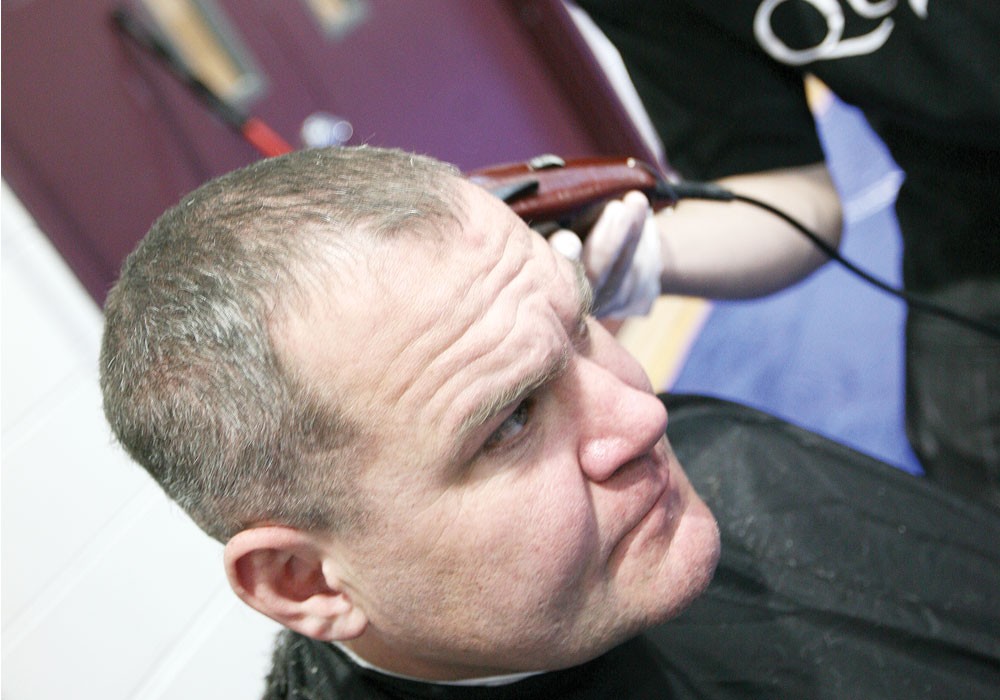 Mark Hunt didn’t imagine he’d be living in a field when he moved to Spokane about a year ago.

But after promises of a place to stay with friends fell through, that’s where Hunt, 41, finds himself, in a lot near Sacred Heart Medical Center, where he wards off the cold with piles of sleeping bags. He didn’t like the atmosphere of the emergency shelter he tried.

Such shelters can be rough-and-tumble places.

“I’m not a people person, that’s one of my disabilities,” says Hunt, who suffers from bipolar disorder. He adds that he has permission to sleep where he does. “I just prefer to be outside better. … It’s actually safer than missions; you don’t lose stuff.”

It’s a long way from living on fishing boats and crashing on friends’ couches, like he used to do in Seattle. And it’s why Hunt showed up last Thursday to Homeless Connect. The one-day event is an experiment that brings social services under one roof for the region’s homeless — and counts each one as they pass through its doors.

This is the first year for the program in Spokane.

As he talks about his life, a barber trims his hair. Mentally and physically disabled, Hunt has been settling debts with the $1,078 monthly stipend he receives in Social Security disability. The medical bills from breaking his heel about a year ago. Back taxes he’s owed since 1997.

Hunt wants to find an apartment by Feb. 5, a studio or one-bedroom. If that doesn’t pan out, maybe he’ll head back to Montana, where he was born.

The haircut, performed for free by a volunteer, helps him “clean up,” Hunt says.

“I try to keep clean and sober,” he adds. “That’s the only way you’re going to get ahead.”

Homeless Connect is designed so guys like Hunt can get all these services they need without facing daunting travel logistics.

“One of the real serious problems for the homeless in this community is they have to go to so many locations,” says Ron Hardin, the event’s spokesman. “They often have to stand in line, they often have to take a bus to all of these 35 different locations.”

The idea came from other cities around the country — including San Francisco and Tacoma — that began hosting such events as early as 2004.

Held at the Emmanuel Family Life Center in the Perry neighborhood, Homeless Connect offered haircuts, lunch, free blankets and clothing, medical and dental exams and a convention-style set-up with dozens of social-service providers, from Volunteers of America to Spokanimal, from the Community Health Association of Spokane (CHAS) to the state Department of Health and Family Services.

Hardin says the Spokane Homeless Coalition, which put the event together, now wants to do this annually.

Among the bazaar of services — the main space in the community center had the feel of a county fair with booths set up offering smiling faces presenting brochures or information — volunteers count everyone coming in the door.

In years past, volunteers went searching for the homeless and counting the beds at emergency shelters. That’s still done, but this added step of having the homeless come to them is a way to count a population that not always easily found.

The annual tally helps social workers spot trends inside the community, according to Lee Jones, a spokesman in the Seattle office of the federal Department of Housing and Urban Development. If homelessness within a certain demographic — veterans, people with mental health problems, youth — is rising or falling, then social workers can direct resources to help that particular group.

“It gives you some idea of where the need is,” says Jones.

Last year, there were 1,272 homeless people officially counted in the Spokane area as living either in shelters or outside.

Many of the homeless people that Lee Nelson knows didn’t make it to Homeless Connect, he says. That’s why, on Monday morning, Nelson, a health worker with CHAS, has a sheaf of homeless-count forms in his backpack. He’s trekking with his co-worker, Ilze Zarins-Ilgen, into Spokane’s homeless encampments. It’s part of their regular rounds, but also a chance to help make sure these folks are counted.

Nelson, 50, is a former heroin addict who was once homeless himself. He’s familiar with the places transients and others find to sleep or commune or party. It’s a universe apart from ordinary life, yet so close. They’re in the dry spaces under the rumble of highway overpasses, in concealed tent camps tucked under rail trestles or on the riverbanks just out of sight of city parks.

Nelson spends part of each weekday tramping out to these scattered encampments. He offers dry socks from his backpack and tries to build a rapport with the homeless in order to find them help.

Today he and Zarins-Ilgen navigate ice made slick from rain as they move up hills and descend down to the banks of the Spokane River. They check a dozen spots regularly, though many locations have several different camps. Many are easy to spot during winter, built near bare trees. At several locations, they find rumpled tarps, ruined campfires, crushed soup and beer cans, piles of dingy clothes.

Today is one of the former. Aside from one woman sleeping in a car who has waved the pair off several different times and does so again today, the workers find no homeless. Nelson drops off new pairs of socks to all the dry sleeping spots. They’d poked a few lumpy-looking blankets too, making sure no one lay underneath.

They found none, a small bit of good news for Nelson, who’s says he’s never found anyone dead.