Down with the Sickness

Big-hearted and laughter-packed, The Big Sick is a contagious romantic comedy in all the right ways 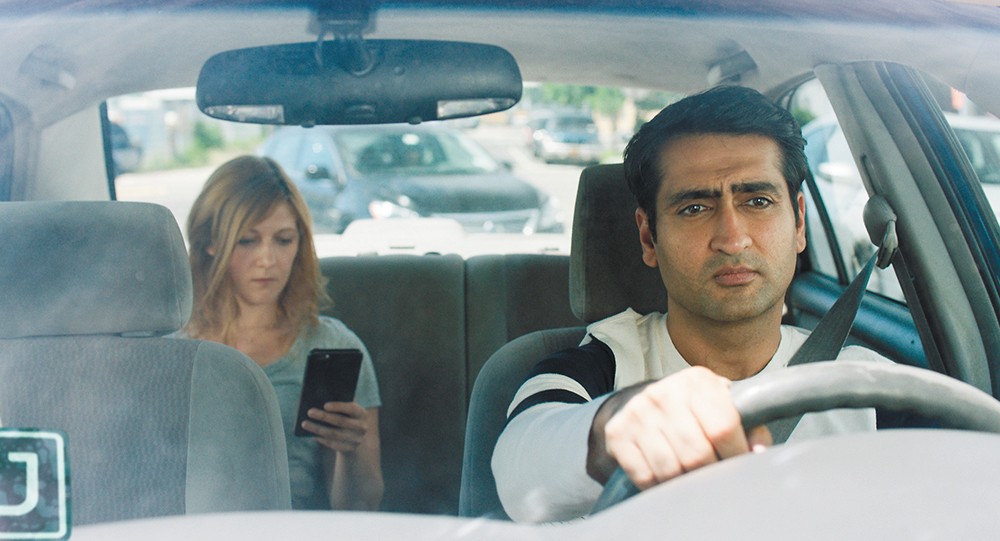 Kumail Nanjiani stars in (and co-wrote) the autobiographical rom-com The Big Sick.

There's a moment early in The Big Sick where Kumail insists that his new girlfriend Emily watch one of his favorite B-horror movies.

She's willing to slog through the schlock, but not before calling out what he's really doing: trying to test her on her tastes. Ironically, The Big Sick is the perfect movie to use as a relationship taste test. It's a practically flawless romantic comedy, loaded with legitimate laughs, cultural examination and genuine heart. If a prospective significant other hated The Big Sick, that would be a major red flag.

The film tells the story of Kumail Nanjiani and Emily V. Gordon's highly improbable, but actually true, courtship. The pair (who co-wrote the screenplay) met while Nanjiani was a young stand-up comedian, quickly fell in love and broke up because of cultural differences. And then, shortly after the breakup, Gordon was put into a coma. You know... that old story.

Right from the jump, Kumail (playing himself) and Emily (Zoe Kazan) display a cute, natural chemistry that jumps off the screen. Even if this were a traditional romantic comedy, it'd be easy to spend 90-plus minutes with the two just playfully making fun of each other. There appear to be no obstacles to their relationship, except the one Kumail keeps hidden from Emily — his traditional Pakistani family.

Every time Kumail comes home for dinner becomes an exercise in white lies. He takes his prayer rug to the basement and waits out the clock, playing on his phone rather than praying. He says nothing when his family mentions disowning relatives who married white people. He feigns surprise when another single Pakistani girl shows up to join them for dinner because she "happened to be in the neighborhood." It's a cultural battle for him because he knows his parents have the best intentions and sacrificed for him, but he doesn't see the point in being forced to follow their traditions and succumb to a pseudo-arranged marriage just so he won't be disowned.

When Emily figures out that he's been hiding all this, the relationship hits the rocks. But shortly after they split, Kumail gets a call that she's been checked into the hospital. She needs to be put in a medically induced coma because doctors can't figure out what's wrong with her. Kumail, who still cares for her, feels compelled to stick around. But that situation becomes complicated because Emily's parents, Terry (Ray Romano) and Beth (Holly Hunter), were already coming to town, and they know about the ugly breakup.

The whole thing works without ever seeming forced, because Nanjiani and Gordon's script is superb (it'd be an injustice if it didn't get an Oscar nod). The Big Sick manages to be the rare romantic comedy that actually remembers to include the comedy. While bad romantic comedies rely on pratfalls and tropes, the jokes here are crafted with care (maybe it shouldn't be surprising, considering the assembled comedic talent includes director Michael Showalter and producer Judd Apatow).

Whether it's Kumail and his brother joking about his mother's rigid traditionalism, Hunter's dynamo firebrand Beth going off on racist comedy club hecklers, the backstage patter between Kumail's stand-up friends, or Terry's awkward neuroticism (Romano turns in a terrific performance), all the humor hits in an authentic, grounded way. But even more important is the warm heart that gives The Big Sick a gripping emotional core. There's not a cynical bone in its body. Every character of importance is immensely likable; even Kumail's uncool and annoying roommate Chris (Kurt Braunohler) has sympathetic moments.

It's hard to imagine how anyone could dislike The Big Sick. It really captures the goodness in life via love and laughter. While it's not going to win Best Picture or anything like that, The Big Sick is a rare film that can be recommended to everyone. ♦

The Big Sick is not showing in any theaters in the area.