Frackers are coming to some of the West's most beautiful places 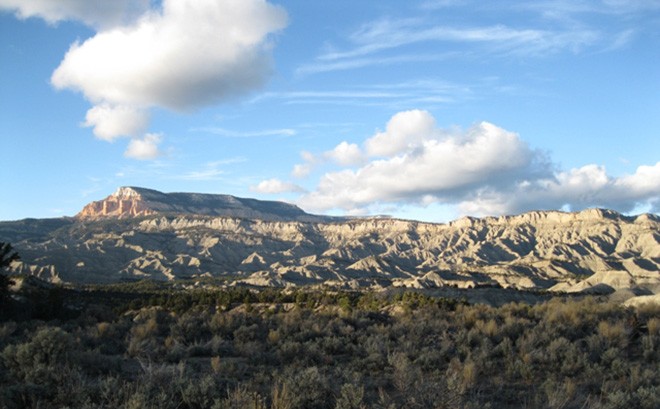 They quietly went about their business, knocking on doors and offering various contracts for mineral leases and access to private property. The men told residents they represented Denver energy developer James K. Munn. He's after oil, and he believes there's some to be had underneath our small town, located in the heart — though not actually within the boundaries — of the 1.9 million-acre Grand Staircase-Escalante National Monument. My husband and I moved to Escalante five years ago to live in this desert. Both native Utahns, we had independently found solace here over the years. We still do.

When residents asked the men about fracking, Munn's representative gave this answer: We are not ruling it out. In conversations with the Utah Division of Oil, Gas and Mining, the agency confirmed that the company would certainly not rule out fracking, because this controversial extraction method has become routine: Today, 95 percent of all wells in Utah are fracked.

The impacts of fracking are indisputable. Air becomes foul; there is less water for drinking, gardens and agriculture, and what remains is often no longer usable. Property values plummet, trapping people in financial ruin.

You might wonder why a tiny, remote town would attract the purveyors of such devastation, especially a town relies on the tourist dollars spent every year by the approximately 750,000 visitors to the monument.

What I took for granted in Escalante, and what every visitor to the monument seeks — quiet nights, pure air and the beauty of watching the sunrise over the river gorge — is now threatened. In its place is the promise of traffic, lights, noise, storage tanks and noxious fumes.

I moved here to escape that kind of thing. I fled from unrestrained growth in my hometown of Tooele, Utah, and the unbreathable air in Salt Lake City. This time, however, there will be no escape. Studies show that homes within 2.5 miles of drilling operations — even conventional, non-fracking operations — drop in value between 12 and 24 percent.

In Escalante, we tend to fight a lot — we've been disagreeing with each other since long before the monument was designated in 1996. But I would happily return to quibbling with my neighbors over streetlights and grazing rights. We now face a larger threat, because drilling and mining is unlikely to benefit any of us who want to stay here. At what point do we engage our humanity and band together to stop a scourge that could devour every small town across the country? ♦

Jana Richman is a contributor to High Country News (hcn.org), where a version of this column first appeared.