Now that's a dungeon I can delve. 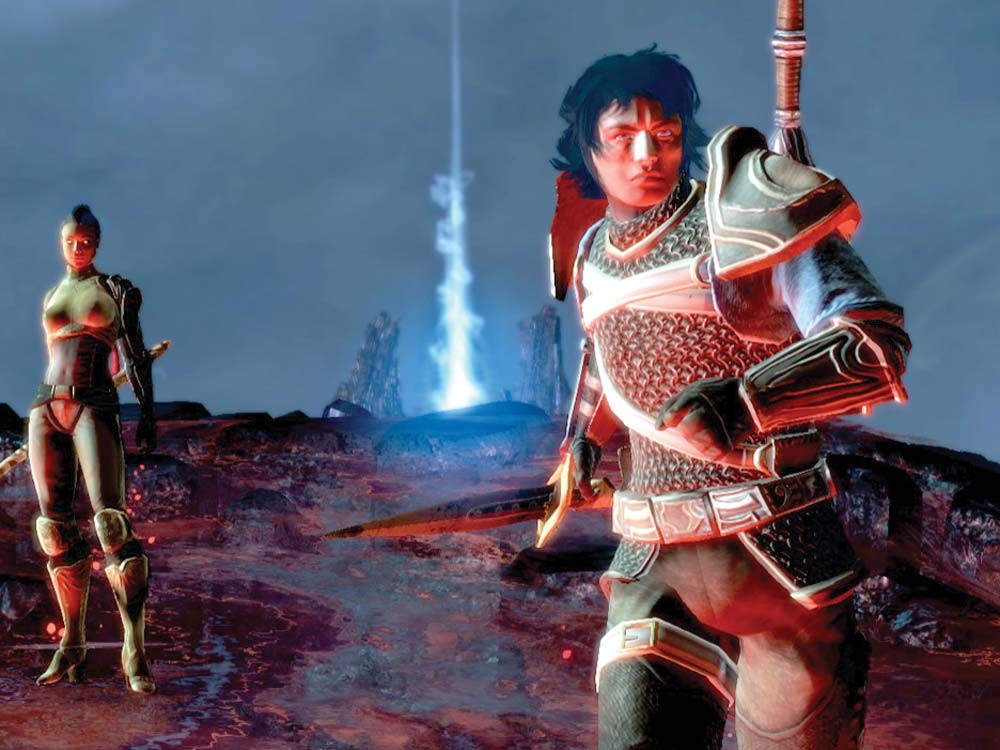 Now thats a dungeon I can delve.

Who am I? This is the question that every videogame must answer. I can be as basic as the blocks that fall in Tetris. Or I can be as elaborate as the houses, jobs and appliances that run The Sims through their virtual lives. I can be the crosshair that stalks through a shooter, or the car speeding down a racer’s road. But somewhere, I need to find myself. Otherwise, it’s just TV.

The question of identity is at its most complicated in role-playing games. RPGs are almost always set in elaborate fantasy worlds, and unless I’m given a part to play in that world, it doesn’t come alive. I need to be more than just a walking weapon or a moving target. I need to live there.

Most classic RPGs put me in the game with a mixture of statistics and storytelling that was straight out of Dungeons & Dragons. But in 2002, Dungeon Siege was published for the PC. In that game, all I needed to do to define my character was to do something. If I kept attacking monsters with my pitchfork, then I would become a fighter. If I used my magic powers, then I would become a mage. Who I became was the sum of my mouse clicks.

Dungeon Siege III is more of a hybrid. The game lets me select my powers and assign some statistics as in an old-school RPG. How those powers develop, however, depends on how I use them. If I insist on attacking foes with my spear, I’m not going to get any better at summoning the snarly little fire jackal that I spent hard-earned points learning how to conjure. Likewise, if I’m consistently casting spells that shield me, I’ll become a better defender while my lightning bolts fizzle. The result is a mixture of strengths and weaknesses that satisfies both the geeky desire to manage my character and the urge to develop naturally.

To make things even more dynamic, the designers of Dungeon Siege III have created an elaborate world with a pantheon of gods that could have come from the weird tales of H.P. Lovecraft and an intricate political situation that rivals Game of Thrones. Atop this tangled backstory, the game regularly brings me to a forking path. How I treat a defeated enemy early on may make a battle-turning difference during the climax, for example. In Dungeon Siege III, both the game and I are being written as we go along.

THE GOOD: Dark trees twist their branches skyward. Chasms plummet down into bottomless space. For a third-person game that always keeps the perspective from above, the striking graphics remind me that I’m in a world as large as my imagination.

THE BAD: Managing my inventory and accessing my character’s statistics is twice as clunky as it needs to be. If I want to upgrade my “Tough Pants” to a pair of “Pants of Resolve,” I need to make the switch, and then back out of the “Equip” screen so that I can see the effect. Changing clothes shouldn’t be this tricky.

THE BOTTOM LINE: Dungeon Siege III is a lush-looking RPG that lets me have my role and play it too.