We need to curtail the influence of predatory payday lenders, and address the conditions that helped create them 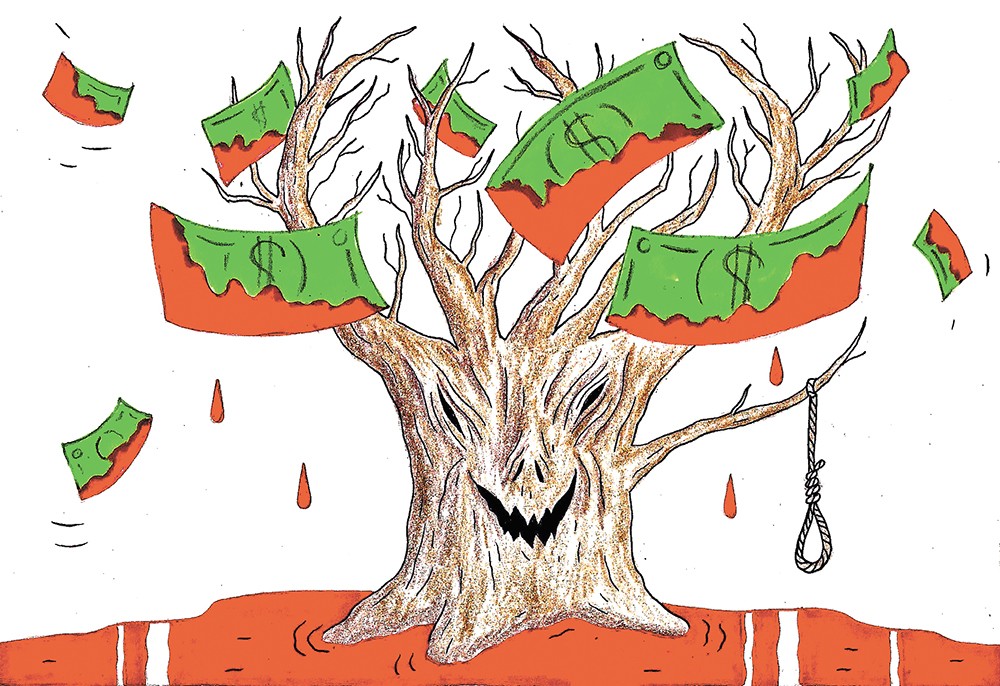 We've all been there. Car payment, student loans, mortgages —

or when the unexpected happens, as more than a quarter of Americans have no emergency savings whatsoever. Debt can be scary as hell and for too many vulnerable souls, without knowing what they're getting into, a "payday loan," one that is a short-term, high-interest loan, is a way out.
click to enlarge 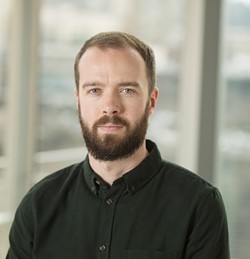 Payday loan companies often engage in fraudulent or abusive lending practices, including charging unnecessary or undisclosed fees, not fully disclosing the loan terms, or writing the terms in such a way that ensures an unreasonable profit for the lender. Lenders rely on customers not being able to quickly pay their bills as they take out one loan to pay off a previous one, and eventually rack up thousands of dollars in debt.

It's a vicious cycle to find yourself in, based on a more vicious model that builds on desperation.

Across Washington, outside our military bases — "extorting our troops," to quote John Oliver — and strip malls, you'll find numerous quick-money loan shops with names like Quik Cash. In 2009, our state placed restrictions on the number of loans individuals could take out, and since then total payday loans here have significantly decreased — from more than $1.3 billion in 2009 to $331 million in 2013, according to the state Department of Financial Institutions. The number of lenders has gone from 494 to 174 over that period.

But the best way to prey on the poor remains. Look no further than Moneytree — because money grows on trees, right? A top political donor, Moneytree has made it their business to rewrite Washington state laws on payday loans so they can stay in business. They've gotten behind several Democrats, boosting donations in the past election cycle while employing Sound View Strategies, a Seattle-based public affairs firm that took to ghostwriting op-eds for lawmakers and creating confusion around "bipartisan reforms" to the 2009 restrictions. The current law makes it less confusing: Customers can borrow up to $700 from payday lenders, no more than eight times per year. The short-term loan comes with a $95 fee. Last session, Senate Bill 5899 — supported by 6th District Sen. Michael Baumgartner — would have allowed lenders to offer loans with longer terms and higher interest, but never moved in the House. A Pew Charitable Trust study found that in Idaho, the average annual interest on payday loans is a whopping 582 percent, which leads the nation. While 15 states have banned storefront lenders (online services still remain), Colorado has the lowest at 129 percent; Washington's average rate is 192 percent.

Nationally, President Obama announced the Consumer Financial Protection Bureau's proposals to crack down on payday lending that results in "debt traps." His proposals required lenders to do more to verify a borrower's ability to pay or implement restrictions to foster affordability, as well as regulate collection practices.

All the policy recommendations focus on regulation of the industry, which is great, but we do serious damage when we ignore the conditions that lead people to seek out small, expensive loans in the first place. The demand for these loans exists because of the increasing number of people unable to make ends meet. Real wages for Americans are stagnant over the past 35 years; for too many, they've become insufficient to pay for basic needs, much less put something aside. Our mainstream financial services have mostly abandoned low- and moderate-income groups; the opportunities that enable higher-income earners to save and invest do not exist for those with lower income.

To paraphrase rapper Kendrick Lamar, there's a lot of shadiness under the money tree: Lawmakers who are mouthpieces for the crooked payday loan industry should be embarrassed; it is reprehensible. Everyone, regardless of income, should be protected when they need a loan, and funding financial literacy is another crucial element to resolving this debt cycle, as we need more basic, humane approaches to stability moving forward. ♦