Everyone Needs to Eat

With your help, Second Harvest fights hunger in the Inland Northwest 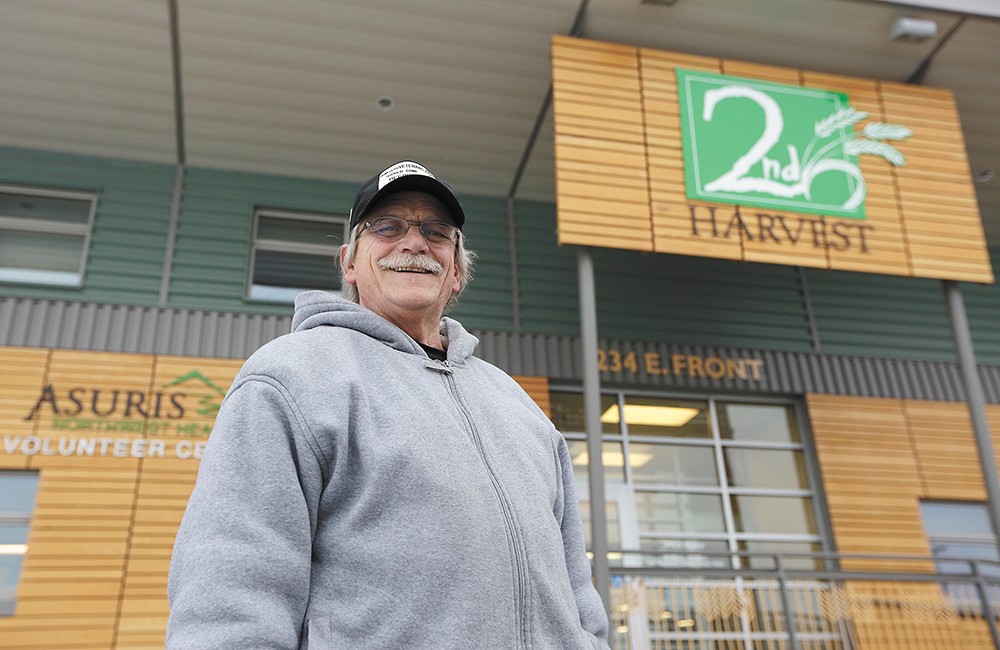 When he was unable to work, Edwin Swain leaned on Second Harvest for help.

Everyone loves food, and everyone needs it. Second Harvest provides food to some 55,000 people every week (picture all the runners at Bloomsday) for the one in seven adults and one in four children who struggle with hunger in the Inland Northwest.

"When times are tough, food is the first thing to go," says Julie Humphreys, the network's community relations manager. Most people using Second Harvest are the "working poor," or people that just don't make a living wage, she says.

The network runs completely on donations from grocery stores, farms, manufacturers and food drives, and supplies 250 food banks and meal centers; it's also opened a kitchen to teach people how to cook with the fresh produce and grains often donated.

Last year, Restaurant Week raised money for 6,000 meals. (Every $1 donation provides 5 meals.) Humphreys says donations in February are especially critical since heating bills are up and donations are down — donors have "giving fatigue" and less money after all the holiday spending.

"Restaurant Week really helps us get over that winter hump," Humphreys says. "It's a great match."

Edwin Swain, 60, worked as a concrete finisher for more than 30 years, and then one day he woke up and couldn't move his shoulders. Suddenly, he couldn't work or pay the bills, and he and his wife were homeless. Second Harvest helped fill the pantry when his disability checks didn't, and soon he was also bringing back food for the 13 families in his neighborhood.

"Everyone has pride," Swain says. "Everyone wants to be able to feed themselves. The people using Second Harvest just need a little help, but they just didn't like people to know; they've never faced that before."

They found housing two years later, and until recently, Swain lived with his wife, mother-in-law, his daughter and her husband and two grandsons. He remembers making jelly with his grandkids over the years using bushels of fruit provided by Second Harvest, often in the summertime.

"We had lots of fun," Swain says. "We had apricot, strawberry, blueberry, and we made some great PB & Js."

His grandsons have also been to several cooking classes at Second Harvest's kitchen, where they learned to make pizza. Swain says he's grateful that so many people are participating in Restaurant Week.

"We can't afford to go out, but we like Second Harvest because it provides real, fresh food," Swain says. "It makes me glad to know there are so many people helping fight hunger in Spokane."

Read the Hunger Stories on Second Harvest's website (2-harvest.org/) to learn more about real people in the community who take advantage of food relief programs. ♦

• Take a picture of your meal.

• Sysco, a Restaurant Week partner, will donate five meals to Second Harvest for each post! (Be sure your post's privacy settings are "public" so we can see it.)