A Ghost Story manages to turn a bedsheet ghost into vivid, moving drama 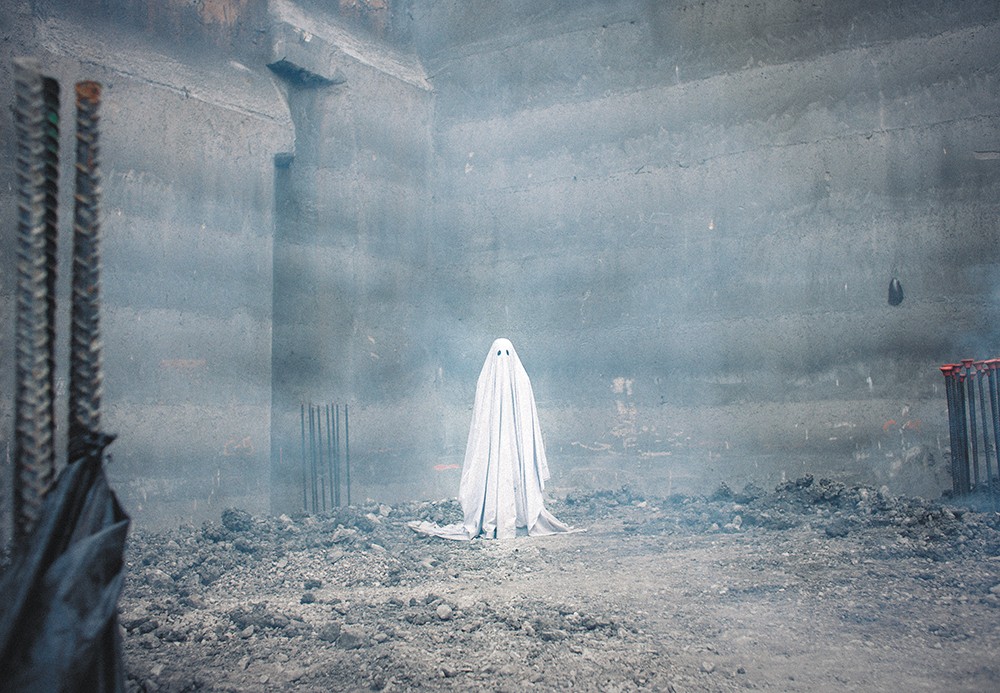 A Ghost Story is a very serious movie about a bedsheet ghost.

Death is coming for you. Death is coming for everyone you love. Having to deal with the traumatic loss of someone you care about sends chills to the bone. And it'd be terrifying to drift in a confused, incorporeal reality, detached from time while having to watch the loved ones you've left grieve. With A Ghost Story, writer-director David Lowery creates a beautiful and odd cinematic tone poem about the horror of life and loss.

Addressing the elephant — or rather, the man in a white sheet with eyeholes cut out — in the corner of the room, A Ghost Story is a very serious drama about a bedsheet ghost. Casey Affleck and Rooney Mara play an unnamed married couple who share a deep bond, displayed almost wordlessly. Lowery portrays initial moments with the pair, and their nuzzling affection, in such a delicate, silent manner that there's almost a tension in taking an audible breath, for fear of disturbing their world. But it all gets ripped apart when Affleck's character meets his unexpected demise.

Mara can't even look at her husband's face as his body lies covered on a hospital slate. And as soon as the room is cleared, the body and the sheet rise, thus beginning Affleck's second spiritual life. (It should be noted that if you're uncomfortable with Affleck's movies because he's a grade-A harassing creep in real life, you're treated to his visage being hidden for a majority of the film.) The white-sheet ghost slowly wanders the hallways knowing he has a direction, but unsure where exactly to go.

The way Lowery and cinematographer Andrew Droz Palermo manage to capture the wandering movements of the ghost are breathtaking. They prove to be masterful at both lingering shots and extended single takes. The shot of the ghost trekking across an open grassy field with his excess sheet flowing behind like an extravagant bridal train might end up being the most majestic film image of 2017. Eventually the ghost finds what he was searching for: the couple's home.

Thus begins the ghost's true journey — searching for some unknowable closure. That journey begins with his wife's sorrow. Mara's stunning portrayal of grief cuts to the core, and the ghost can only stand silently a few feet away and watch. Each nuance of Mara's performance pokes the wound of pain in a genuine way. It may sound ludicrous, but the (now somewhat infamous) scene of her channeling her emotions into eating a whole pie in two extended long takes of uncontrollable sniffling and awkward, angry fork-clawing manages to be can't-turn-away compelling. Mara actually begins the movie talking about her penchant for leaving small, almost impossibly hidden notes — little pieces of herself — in her various childhood homes, and the one she hides in a crack in the wall at the couple's home soon becomes something the ghost picks at in vain for a seemingly fruitless eternity.

So why does the ghost linger? It's clear he still has a connection to his wife, but he seems adrift — losing sense of both time and purpose. Rooted in the house, he begins to see people other than just his wife spending time between the walls. Most compelling among these living souls is the classic hyper-intelligent guy at the party, an oversharing pseudo-philosopher played by Will Oldham (better known as the musician Bonnie "Prince" Billy). He spouts off about the importance of art, Beethoven and the meaninglessness of existence while delivering one of those monologues that's gripping because it's equal parts pretentious and insightful. In the film's lone moments of levity, the ghost communicates with an even more lost bedsheet ghost residing in the house next door.

For the ghost, things take drastic and unexpected turns that reach for dense existential concepts, but the constants throughout remain Lowery's ability to gorgeously frame the ghost as a sad, sympathetic being, and to capture the original tug of the couple's love.

It's not easy to shake A Ghost Story. It's haunting in all the right ways. ♦

A Ghost Story is not showing in any theaters in the area.