By Mike Bookey and Michael Bowen 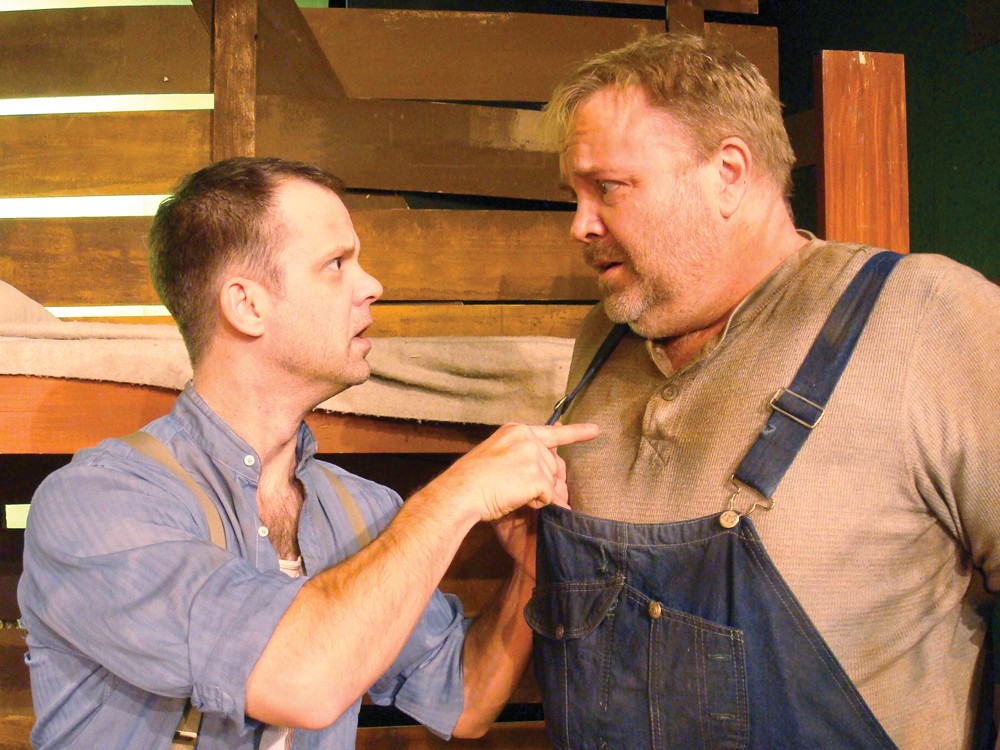 David Gigler (right) as Lennie in a 2011 performance of Of Mice and Men.
David Gigler died doing what he loved.

The longtime local actor, known for playing numerous roles over the last two decades, collapsed and died of a heart attack at age 47 during rehearsal for his lead role in Interplayers’ production of Ruthless.

The production was scheduled to open on June 21 and featured Gigler, who worked as a pharmacist, in a unique role as the female lead. Interplayers artistic director Reed McColm has since decided to cancel the entire run of the show.

“He was going to be terrific as a woman in Ruthless. He had learned how to walk in heels. He was in makeup and, for a guy who typically wore a goatee, had the look down,” said McColm.

The musical will not be rescheduled, but the theater plans to schedule a substitute production in the near future.

Gigler was the life partner of the show’s director, Troy Nickerson, himself a highly respected and longtime local director and actor.

“He and Troy have been very central to the theatrical community for many years here in Spokane,” says McColm of the couple.

Just last year, for his January 2011 performance as Lennie in Of Mice and Men at Lake City Playhouse, Gigler won a Spokie (The Inlander’s local theater award) for Best Performance as a Leading Actor in a play. Local playgoers will also recall Gigler’s rousing song-and-dance performance as Alfred Doolittle in My Fair Lady at Spokane Civic Theatre in 2001. Others might remember his memorable and touching performance as Norman in The Boys Next Door.

Funeral service plans for Gigler are expected to be announced soon and will be posted at Interplayers.com.