Common sense, education and a buddy can help keep you safe on the slopes 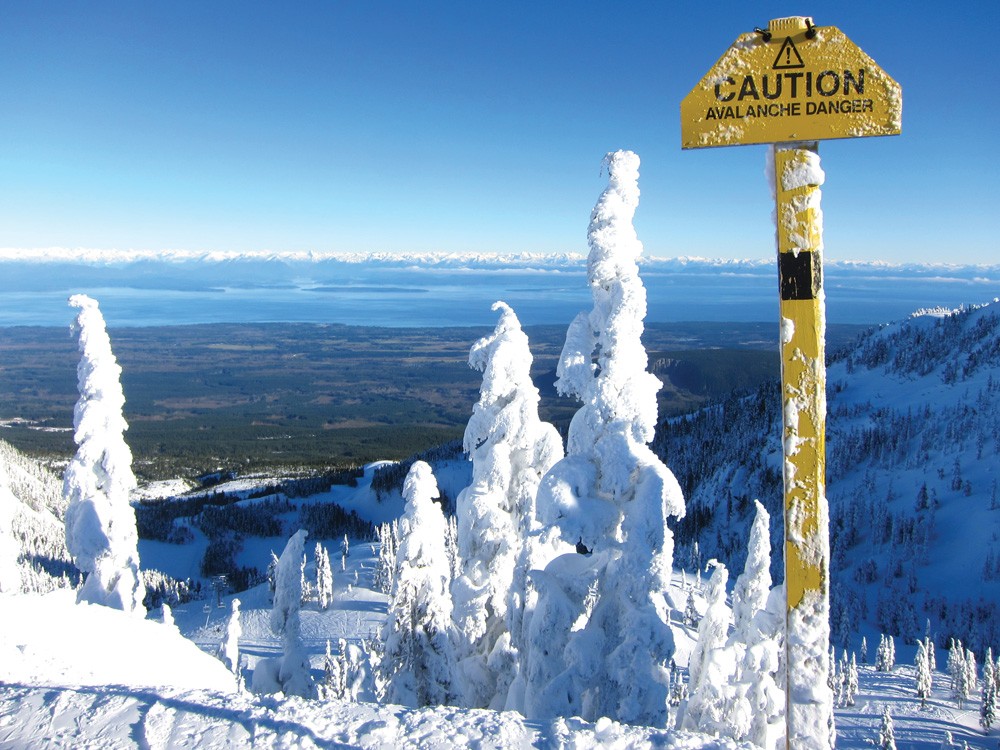 Read the signs where you are skiing or riding - they are there for a reason.

Last month a friend warned on Facebook about the dangerous conditions in the mountains: “To everyone who rides snow, be smart and stay away from the mountain tomorrow. Avalanche conditions are bad. We don’t need another death this early in the season.”

The avalanche death he is referring to is that of Jamie Pierre, a professional skier who died in an avalanche on Nov. 13. It occurred at Snowbird Resort in Utah, before they had even opened for the season. During the 2009-2010 season, on a Friday afternoon in mid-January at Sun Valley Resort, a skier who was traversing off trail but in bounds and in an open area, was caught in an avalanche and died.

There are inherent risks to spending time in the mountains. Those risks increase with the addition of snow, people and weather. Dave Alley, Director of Ski Patrol at Silver Mountain, reminds himself every day: “Do not get complacent!”

If you plan to ski backcountry or off the patrolled trails, get some education. And don’t just read a book, but talk to locals, take a class and constantly refresh your transceiver skills. Education will teach you how to evaluate situations and use that information in the decision-making process. A Level 1 Avalanche course is $225 and includes a field session with an introduction to transceivers, probes, shovels, digging a pit and an emphasis on preparing students to avoid avalanche terrain, make evaluations of hazards and, in the event that an incident does occur, how to conduct a safe and timely rescue. (At Mountain Gear, Jan. 11-12; field session Jan. 22 at Schweitzer; call 325-9000.)

Already taken a class but want to brush up on your transceiver skills? Schweitzer’s Ski Patrol holds a weekly skills session, called Transceiver Sunday. This field session is great for those looking to brush up. Schweitzer will also be rolling out additional community outreach programs for avalanche awareness.

Ski patrols all over the country spend hours prior to the first chair being loaded doing control work, which involves using explosives or just “ski cutting” slopes, all in an effort to mitigate the risk of an avalanche. Alley explains that in addition to snow at Silver, “avalanche activity issues can be due to wind.

We have a big focus on avalanche conditions and closures. We even have a forecasting team that works with the Forest Service.”

Skiers and riders have to do their part by recognizing out-of-bounds rope lines and signs pointing out closures.

For most skiers and riders, as they get better and rely on newer equipment, they want more challenging runs. This makes the task of keeping everyone safe even tougher for ski patrols. There’s a rising statistic to go with the desire for steeper and deeper — the Non-Avalanche Related Snow Immersion Deaths (NARSID) — and the number of such tragedies is going up. While avalanche-safety issues are still a big concern, many more NARSID accidents and fatalities are occurring, with people falling into tree wells and not being able to get out. This is why area resorts are taking measures to help educate mountain riders to the risks that exist.

Over at Schweitzer Mountain Resort, Bill Williamson, mountain operations director, states: “Tree-well issues are a growing concern. We are trying to build awareness by using signage and videos.”

Still, as it’s always been, staying safe is the responsibility of the skier, first and foremost.

“We have spent a lot of money in cleaning up and additional signage,” says Dave Alley of their effort to make everyone as aware as possible of their surroundings. So read the signs — they are there for a reason.

Like on most mountains, there is terrain that can be accessed but is not patrolled or controlled for avalanches. These areas should only be accessed if you have all of the essentials, including the education, specialized gear and a buddy.

While skiing last month at 49 Degrees North, I noticed a sign nailed to a tree at the top of one of their many gladed areas: “This trail is not patrolled. Do not ski alone.”

“The best prevention is to educate yourself and to ski with someone,” says Schweitzer’s Williamson.

Angel Peak at 49 Degrees North, as well as Wardner Peak at Silver Mountain, are considered in bounds but are accessible by hiking or traversing. Alley cautions when entering Wardner Peak, “There is not much skier density out there. And there is tremendous terrain. Be with a buddy.”