Weed delivery, an anti-carol, and noises that give you the heebie-jeebies.

WEB SERIES | Here in Washington, if you want to smoke some weed you just pick it up at a strip mall on your way home from Target. But in New York City, there are dudes who will come to your door to make an illicit deal. The web series HIGH MAINTENANCE gives us the awkward greatness of this process with a bicycle delivery guy who just goes by "The Guy," and deals with weed fiends from all walks of life — from cross-dressing stay-at-home dads to obnoxious club kids. Created by former 30 Rock casting director Katja Blichfeld and her husband, Ben Sinclair (he plays The Guy), the series is ripe with laughs but tied together with an intriguing line of drama throughout. Check it out on Vimeo.

WEIRDNESS | Listening to ASMR YouTube videos is probably the weirdest thing I do, but damned if I'm going to give 'em up. Earlier this fall, I read a New York Times article about something called autonomous sensory meridian response (ASMR), basically sounds, smells or sights that give you "the tingles." The piece linked to videos of fingernail tapping and hair brushing, and also super-soft whispering picked up with binaural microphones. Put on some headphones before bed and listen to a young woman with a Russian accent (YouTube account "GentleWhispering") make your scalp stand on edge. It's ultra-relaxing and not weird or sexual, OK? 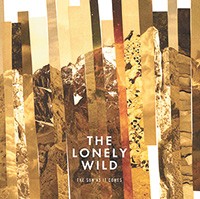 SONG | The holidays are approaching, but judging by the music in most stores and elevators, they're already here. Providing an antidote to the saccharine, big-box sounds of the season is "HOLIDAYS" by L.A.'s the Lonely Wild, a tune that deals with the heavy realities that come along with this time of year. The song itself is full of the huge, spacious sounds that have made the band a must-listen in the past year, with lyrics telling us that "Holidays are coming to rip your heart open." Don't think this is a total downer — it's a hell of a song by a hell of a band. Buy it on iTunes and save it for a post-Christmas-shopping whiskey by the fire.♦