Readers respond to news that the Spokane City Council voted last week to rename Fort George Wright Drive in northwest Spokane to Whistalks Way, a topic we covered in depth earlier this year 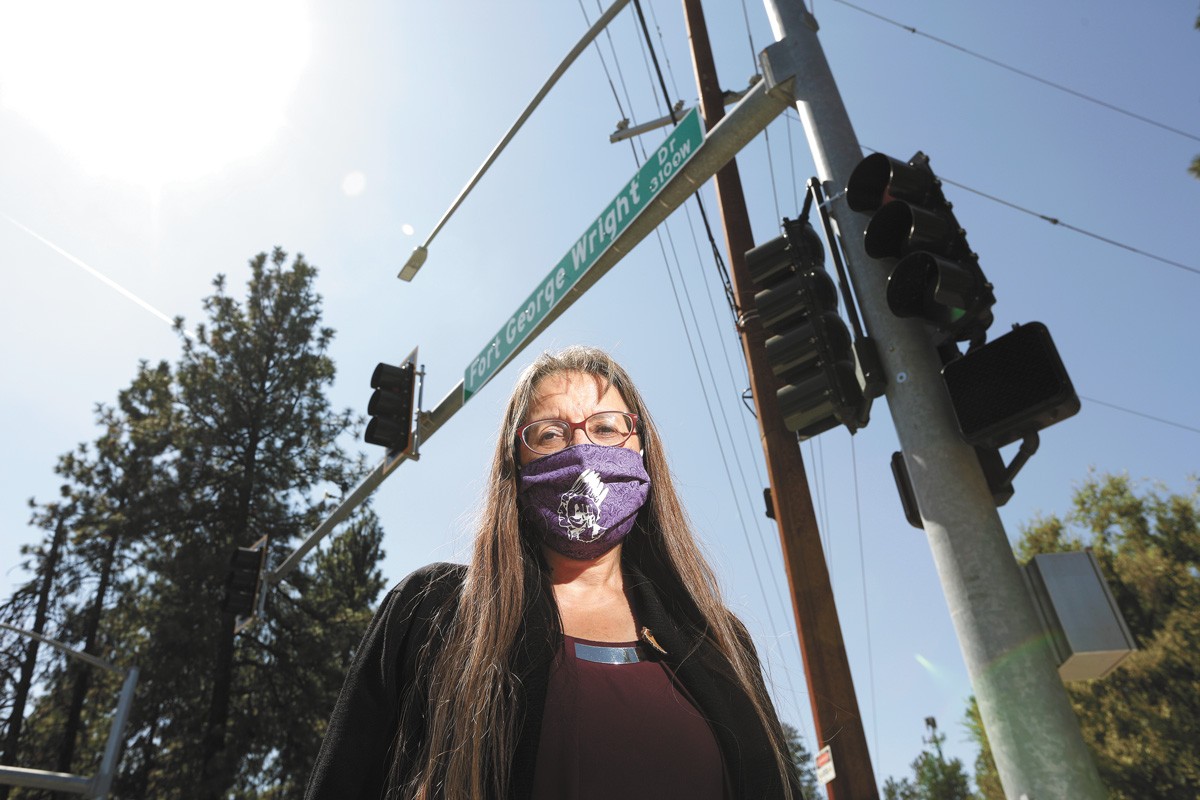 Seth Peterson: Is it too much to ask for the stoppage of cancel culture? Just because something makes you uncomfortable or has a few skeletons (news flash: we all are fallen humans) doesn't mean you have to get rid of said thing or person entirely. Keep at it, and we'll have a completely sterile culture, void of any meaning or sustenance.

Logan Long: My dawg, to play a little devil's advocate, or not, would it be wrong to tear down swastikas after WWII? I dislike cancel culture as much as you, but we should distinguish victory from cancel culture. Native Americans are beginning to claim victory over being the target of years of genocide.

Landon Johnston: Speaking of "culture," I'm guessing the Native Americans whose descendants were murdered by Mr. Wright are excited to see more of their culture represented instead of his. And if you're worried about his deeds being forgotten, luckily they make these things called history books.

Jeff Dahl: Anybody that uses the term "cancel culture" needs to be canceled!

Tom Sahlberg: After reading some of the comments and years of foot-dragging by supposed "leaders" (aka, conquerors), you'd wonder how this ever would have been done. Whistalk deserves being remembered. Wright's name and legacy should be left in a museum dedicated to genocide. Excellent detailed article, Inlander.

Miles Horn: This guy was a racist and mass murderer. Why does it offend you that the great-grandchildren of the people he executed are offended that he is being glorified? Believe it or not, the descendants of the people he murdered and executed still live around here. Sorry to break it to you, he didn't get them all.

Ryan Weaver: Canceling racism and genocide? Yeah, I'm good with that. You're not?

Mike Spencer: More useless woke symbolic acts. Which ethical system was used to arrive at the position that naming this street after a fort that was named after a U.S. military officer was an intrinsically racist act?

Kate Allison: An act doesn't have to be intentionally racist to have racist effects.

Desiree Samuels-Gilbert: Educate yourself on the true history of Wright's actions against the Native Americans of this land. Attempted genocide of a people is not culture! We are a strong people and will continue to fight against the inequalities of our people. ♦