The Checkerboard Tavern changes owners and its reputation. 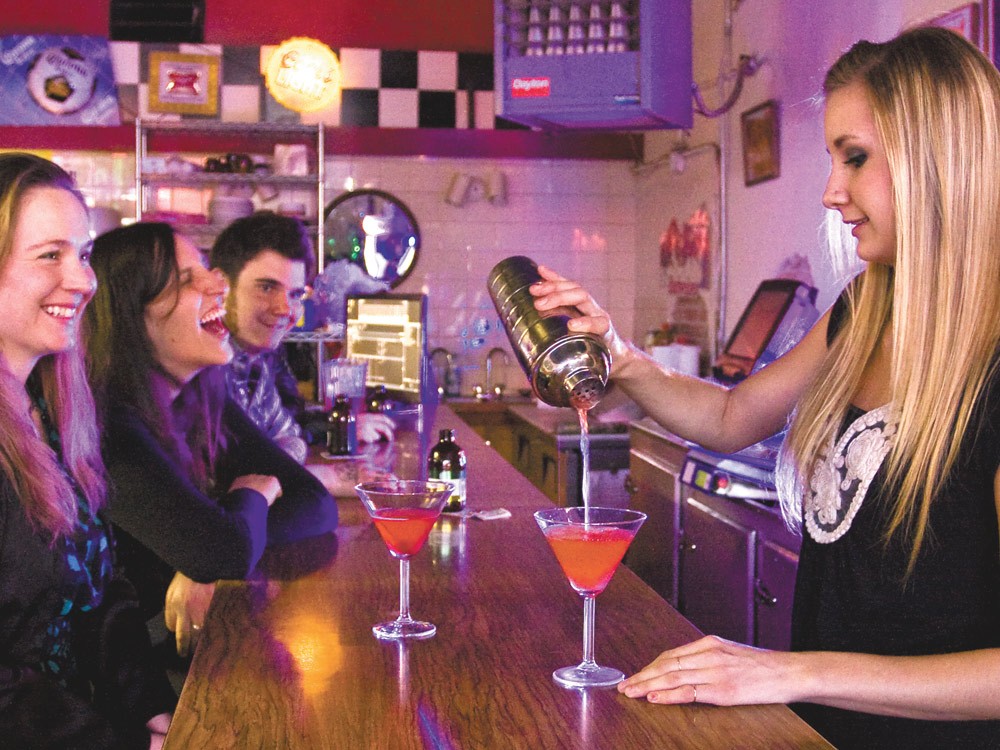 East Sprague is a study in contrasts. The street is spotted with bakeries, Vietnamese restaurants and home décor boutiques. But along the same stretch of this run-down industrial corridor are dilapidated warehouses and topless bars in an area that’s well-known for prostitution.

But Chris Wilde and Ian Maye want to change the district’s reputation one drink at a time.

“I think this neighborhood is on the up,” Maye says. “We’ve still got a lot of ways to go, but we want to be part of that positive change.”

Maye and Wilde recently purchased the Checkerboard Tavern, a 79-year-old bar on East Sprague. The duo began managing the tavern in January and decided to purchase the space in February when the state approved an updated liquor license.

In one corner of the bar is a Terminator pinball machine. In the other, a pool table, dartboard and a cardboard cutout of John Wayne.

The bar itself is painted cherry-red. The worn wooden plank is lined with swivel barstools and a cluster of red vinyl diner-style chairs and tables, where patrons can eat a selection of sandwiches like the Horsy roast beef ($6) or a pizza sub ($6).

The neighborhood bar, built in 1933, has the longest-running liquor license in Washington state, says Maye.

“This place has been here so many years we’ve got generations that drink in here: fathers, sons and grandchildren,” Maye says.

But the Checkerboard Tavern also developed a 79-year reputation as a man’s bar and a seedy dive. To shake that stigma, Maye says, they are planning to schedule live bands (they built a stage last week), install a state-of-the-art karaoke machine (you can sing six nights a week), purchase a pizza oven, landscape the tavern’s back patio and modernize the appliances.

“When people say, ‘Oh cool, this place is old,’ they forget that means old appliances, equipment and a lot of junk,” Maye says. “There’s still a lot of work to be done.”