In civil court, fewer people are getting lawyers to help them navigate the system. 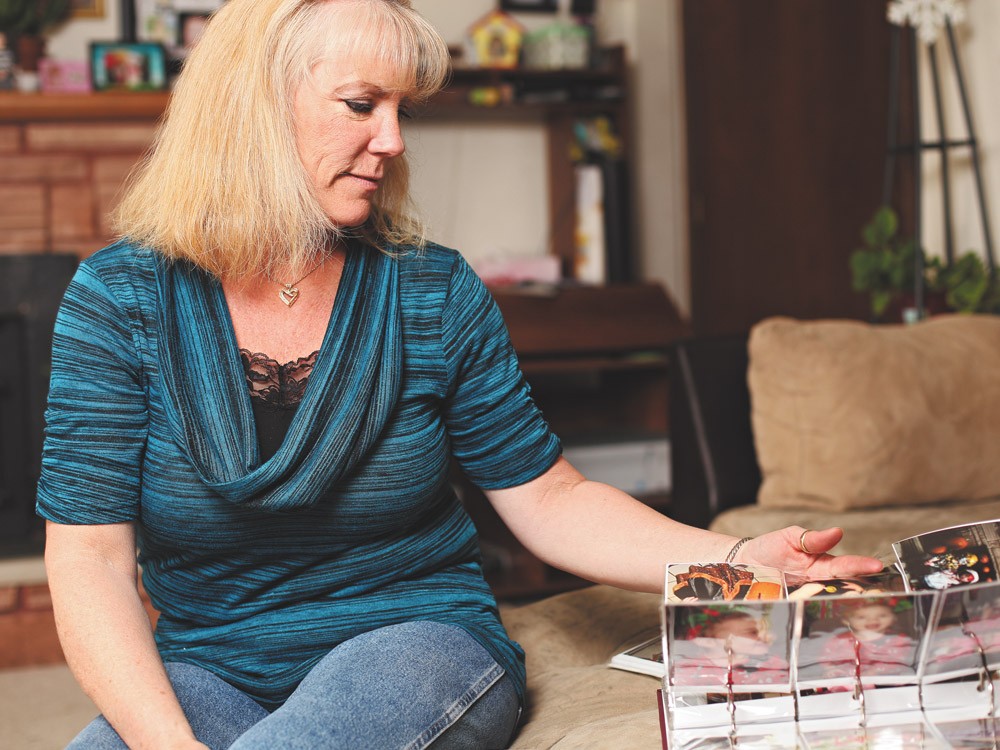 Young Kwak
Valyrie Macosky was one of the lucky ones. She got an attorney to help fight her custody case.

After seeing a doctor shine a flashlight into the holes of her grandson’s rotting teeth, and after seeing her granddaughter struggle to move because of an unhealed fracture in her clavicle, Valyrie Macosky decided she needed to be the mother that her own daughter couldn’t.

But getting custody of her two young grandchildren would take a court order. And Macosky couldn’t afford a lawyer.

“I’m college-educated, so I can read and figure things out,” says Macosky, a 52-year-old Spokane Valley resident. But she was initiating a custody petition, a complicated legal proceeding. “When I got those papers and knew that I had to do it in triplicate, it was over whelming.”

For the first month, she filed politely worded briefs to the judge asking for him to turn over custody to her children. She filled out paperwork to have her court fees reduced.

But when her daughter and her daughter’s husband — who had been convicted of rape and is currently in prison after leading police on a high-speed chase last year — threatened to get an attorney, Macosky decided going it alone was no longer an option.

Macosky called a legal hotline (888-201-1014) and was referred to the Northwest Justice Project, which helped her with her case.

But the money available to pay for the civil legal aid is dwindling. Meanwhile, the down economy means the number of people embroiled in court proceedings where a home or family could be on the line is increasing.

Since 2008, civil legal aid attorneys have handled 30 percent more cases per year, according to the state Office of Civil Legal Aid, with big increases in foreclosures and predatory lending cases.

“It’s a perfect storm for people who are poor and who are near poor or now newly poor,” says Jim Bamberger, director of the state Office of Civil Legal Aid.

“The legal aid system in Washington state, which is a nationally recognized system, has never ever been able to meet all of its civil justice needs of low-income people. And we’re talking about the kinds of cases that affect the most brutal of human needs.”

While the U.S. Supreme Court holds that people facing criminal charges are entitled to a public defender, those involved in a civil suit have no such guarantee.

“It’s well-established that in a criminal context, lowincome individuals have the right to an attorney because of what’s at stake,” says Barry Pfundt, an attorney at Northwest Justice Project, the firm that helped Macosky. “It’s only through the kindness of the taxpayers and the elected officials that we get funding for the program that’s so essential for these folks.”

In order to help those in need, the project’s Seattle office operates a phone service that refers people to different legal services, which in Spokane include Gonzaga Law School’s University Legal Assistance and the Spokane County Bar Volunteer Lawyer’s Program, as well as the Justice Project.

But last year, the project had to turn away 20 percent of financially eligible applicants because they didn’t have anyone to speak with them, according to statistics compiled by the firm.

In fact, the Spokane office, which has five full-time lawyers to handle cases in three counties, had to turn people away throughout 2011.

While never robust, there was a time when civil legal aid in Washington was adequate, says Bamberger, of the Civil Legal Aid office.

Then the Legislature cut $1.4 million from the service over the past two years. And Congress cut federal funding by about $2 million this biennium, he adds.

But the office’s main funding source — interest from trust accounts set up by law firms — has fallen from about $6 million to $2 million a year. Blame low interest rates and devastated businesses for that.

“So it’s like a triple-whammy,” Bamberger says. “You have a lot of new poor people with profound legal problems. You got the state kind of retrenching from long-term social and legal promises.”

There was a glimmer of hope last week, when the state Bar Association launched the Moderate Means Program, a partnership between the state’s three law schools (Gonzaga included) to provide legal help at a reduced price to people making between $45,000 and $91,000 a year.

Affording a private attorney can be a struggle even for middleclass families, and the Moderate Means program was meant to address that.

But then the members of the Bar Association last week approved a referendum to drop their fees by $125, taking over a quarter of the association’s funding away. And so, more cuts will be made.

With civil legal aid harder to get, the results for people who represent themselves can be heartbreaking and unpredictable.

“We had a lady last week bring a motion. … She didn’t

serve the other side’s attorney, and I had to dismiss it,” Spokane Superior Court Judge Ellen Clark says.

It happens “every week, easily, if not every day,” Clark says. She pointed to child support.

With more people losing or changing jobs, many people come before her, unrepresented, to ask for a reduction in their child-support payments.

But changing those payments requires paperwork and a passing fluency in legalese. Fail to file on time or to the right people, and Clark says she must dismiss your case.

“It’s clear to the court what the disadvantage is,” says Barbara Madsen, Chief Justice of the Washington Supreme Court.

“The court is put in a very difficult position of watching an injustice occur and being able to do very little … to put things back on track.”

In Macosky’s case, there was little injustice. A judge ruled that Macosky’s daughter and the children’s two fathers were unfit to take care of them. They now live with Macosky in a brick house in Spokane Valley.

That was the outcome after over 100 filings and help from multiple attorneys.

“If I had to do it all by myself,” she says, “it would have been pretty scary.”